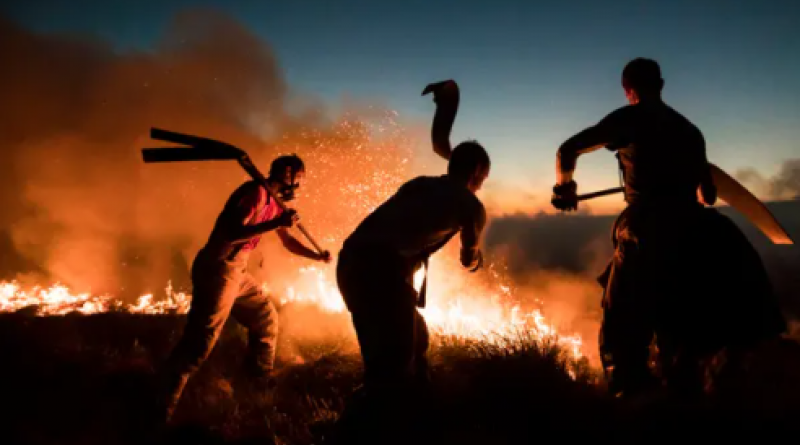 Britain is failing to protect its vulnerable citizens from the threat of intensifying heatwaves, health experts warned last week. Thousands of preventable deaths could be triggered every year because simple measures to keep houses and care homes cool have not been implemented.

As global heating worsens and heatwaves become more frequent, the problem is likely to worsen significantly – unless urgent action is taken, they say. Those most likely to suffer include the very young, the elderly and people suffering from chronic conditions such as asthma.

Last week, the Met Office revealed there was now a more than 40% chance the annual average global temperature will reach 1.5C above pre-industrial levels at some time in the next five years as greenhouse gas emissions from factories, power plants and cars continue unabated.

“A very high proportion of existing homes already overheat in a normal summer, never mind ones like the summer of 2018 when around 2,500 deaths were caused by that year’s heatwave,” said Julia King, a member of the UK Committee on Climate Change (CCC). “There’s now a real prospect we’ll have more and more of these events but we are not doing anything like enough to tackle the threat.”

King, a crossbench peer who sits in the Lords as Baroness Brown of Cambridge, said the CCC had outlined measures that should be taken to protect houses and care homes from the worst impacts of intense heatwaves. However, there was little sign that the issue was being addressed.

An NHS Heatwave Plan for England was set up in 2004 but was dismissed as “demonstrably inadequate” by Bob Ward, policy director at the Grantham Research Institute on Climate Change and the Environment.

“Summer heatwaves are natural disasters for the UK that have killed thousands of people over the past few years, and many lives could have been saved by a better strategy for managing heat risks,” Ward said in a letter to the prime minister last week.

King added that it was predicted that by 2050, the country could see three times as many heat-related deaths as there are today. “This is something that the Committee on Climate Change has been banging on about ever since it produced its first reports on the subject 10 years ago but we have seen very little progress.”

An expected problem outlined by health experts concerns the longstanding drive to insulate homes so that they use energy more efficiently and don’t waste heat.

“You have a lot of insulation installed and the dwelling gets sealed up, so heat becomes difficult to dissipate during a heatwave. The problem can become quite severe. We need to keep homes warm in winter but that must be done in a way that ensures they are kept cool in summer.”

Measures to permit such cooling should include provision of shutters, blinds and adequate ventilation as well as protection for trees – particularly in cities – which provide shade. However, these steps are not being prioritised in new houses and schemes that are being built in Britain, it is argued.

The problem is expected to get worse for another reason, added King. “After the Covid pandemic is over, it is likely that a lot more people will work from home, and most houses – especially in cities, which can become extremely hot at night – are not easy to keep cool. So the problem is likely to become exacerbated in the next few years.”

Care homes in towns and cities were another problem area, Wilkinson added. “These are buildings that are not easy to keep cool and have fire door and ventilation regulations that make it difficult to keep air flowing.

“Very often, temperatures can become a substantial threat to health. These issues can be tackled but it takes effort and planning.”

Climate crisis to blame for at least ‘1,500 UK heatwave deaths’ since 2000, study estimates.

Summers could last for half the year by 2100.