Have COVID-19 global lockdowns cleared the way for a carbon-free future? 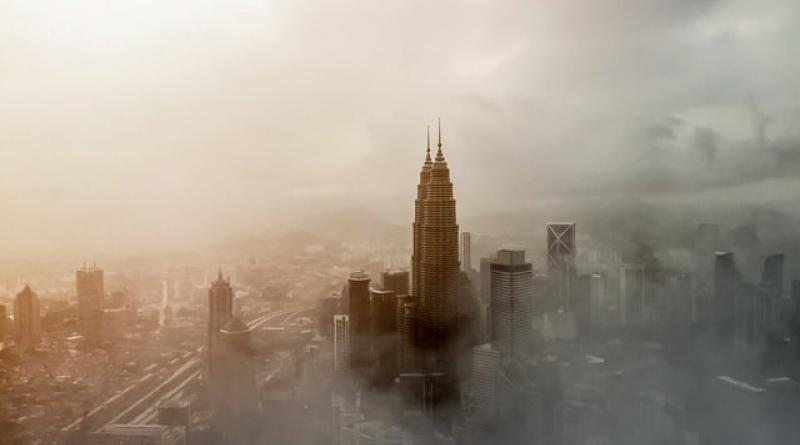 The immediate effect of global lockdowns has given the world a rare glimpse into a carbon-free future. Cleaner skies have been seen for the first time, from Los Angeles to New Delhi, and demonstrate the environmental improvements of reduced carbon emissions on a global scale. But what these temporarily cleaner skies have also exposed is the harmful reality of air pollution caused by fossil fuels.

Air pollution is a respiratory health crisis that has plagued the world long before the coronavirus pandemic, killing an estimated 7 million people per year and accounting for nearly half of all lung diseases and cancers. Through the spread of COVID-19, and as documented in a scientific study on Europe’s most polluted areas, we are learning that long-term exposure to air pollution not only increases susceptibility to contracting the disease but is a significant factor in COVID-19 fatality.

Fossil fuel combustion is the biggest contributor to air pollution, and its two main sources – vehicle traffic and electrical power plants – intensify illnesses like asthma and worsen symptoms for people with preexisting heart and lung conditions. Over the last month, as factories closed and car and plane transportation declined, localized improvements in air quality proved to have healing effects by decreasing the triggers for asthma attacks and respiratory illnesses. Measurable fossil fuel pollutants in Los Angeles, for example, have decreased by 54 percent, while many metropolitan cities in Europe report a drop of 30 to 60 percent.

The pandemic is a severe example of how air pollution directly impacts health, but it’s not the first. I was living in Atlanta when we hosted the 1996 Summer Olympics. Traffic was already a problem but the event created a dire fear of traffic congestion and resulted in residents staying home or using mass transit. For a city with some of the dirtiest air in the country, the result was a miracle. Overnight we saw how our actions have the power to control pollution. Studies show ground level ozone was down over 27% and acute asthma attacks requiring medical attention were down over 40% in some areas. The underlying lesson from this is to realize how burning fossil fuels destroys air quality and hurts human health. Our collective choices can effectively control pollution for immediate health benefits, which creates an imperative to get off fossil fuels.

Both today and in 1996, I see what the future could look like with less air pollution. Unfortunately, as in the case of Atlanta, high levels of fossil fuel emissions will likely return as soon as the world resumes normal activity. While the economy is paused, we have a window to ask what is the cost of the impact of our status quo economic model versus protecting the world’s population?

Despite claims that suggest we are experiencing a once-in-a-lifetime pandemic, harmful air pollution and a warming climate make diseases like COVID-19 (not the first coronavirus) ripe for rapid evolution. This pandemic is a sign of things to come if we do not take aggressive measures to eliminate our dependence on fossil fuels.

We know that fossil fuel combustion powers the majority of modern life, and our reliance on dirty energy continues to be one of the largest sources of pollution in the world. Shifting to renewable resources, such as solar-plus-battery systems and electric vehicles, allows us to not only hold on to these temporary air quality improvements, but also save and improve the lives of millions of people each year due to reduced air pollution alone.

What’s more, renewable energy enables greater resilience for our societies, something that is especially important during times of crisis. COVID-19 has drawn attention to the inadequacies in the nation’s healthcare infrastructure, particularly the resilience of the systems. While our heroic health care workers are tirelessly striving to ensure the services, testing, and processes we need for our critical healthcare system to operate, the stark reality is that our hospitals were not prepared and are now overwhelmed.

Hospital resilience was tested last year in California, when wildfires and statewide utility power shut offs highlighted the vulnerability of medical infrastructure. Without adequate power, many hospitals were unable to operate. Though a select few facilities had backup generators that should have allowed them to operate, some of the generators at those hospitals failed when they were most needed, squeezing more people into even fewer and more distant facilities.

Just as scientists predicted for years, we were hit with a global phenomenon that is, unfortunately, likely to happen again. The difference will depend on the actions we take now to prepare our homes, businesses, and communities. Our medical infrastructure needs to be sufficient and resilient in capacity, including energy. However, this does not mean the deployment of more dirty, unreliable, diesel generators. If we continue to pollute our air at dangerously high levels, we will be faced with higher numbers of hospitalizations and deaths, once again overwhelming our healthcare systems. Unlike COVID-19, which society will eventually develop an immunity to, we can never develop immunity to air pollution. This makes now the critical time to plan for, and expand the implementation of, clean energy microgrids for grid-independent power systems that strengthen the resilience of our medical infrastructure.

While healthcare is a key area to focus on currently, we also need to consider homes, where energy resilience has become even more of a priority as hundreds of millions of people now connected to work, school, and families from home. What would the consequences be of one or two days without power? We have the technology and knowledge to transform our energy ecosystem. To wait until the next crisis is upon us to prioritize preparedness would be a deadly mistake.

We can start today by changing the way we plan to prioritize clean energy alternatives in our homes and businesses. Long-term change, and where we will see the most substantial improvements in air quality and health, will come when clean energy is prioritized on a global scale. Leaders in the renewable energy industry agree, including the International Renewable Energy Agency (IRENA), who have outlined paths for decarbonization based on mass adoption of renewable resources. IRENA’s newly released report details a plan that could cut global CO2 emissions by at least 70 percent by 2050, noting specifically the need for intensified international cooperation if we want to avoid catastrophic climate change ramifications in the future.

Energy is an essential part of life. To be ready for the future, we need to get the pollution out of our energy systems and build in resilience. Clean energy microgrids do both. These are mature technologies available today that empower communities to create their own power supply and reduce reliance on public utility services. As we eventually come out on the other side of this pandemic, our job is to work with governments, businesses, and individuals to prioritize investments in energy sustainability can contribute to the well-being of society.

How Renewable Energy Could Emerge on Top After the Pandemic.