Half the World’s Beaches Could Vanish Because of Climate Change. 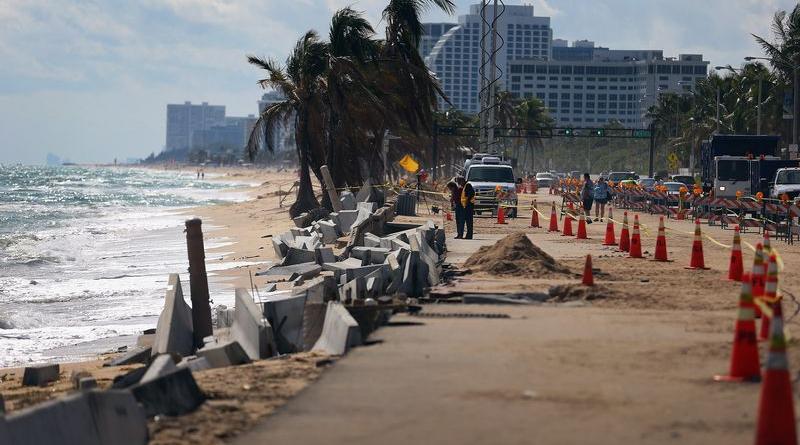 The world may lose almost half of its sandy beaches by the end of the century if climate change isn’t kept in check.

That’s assuming a 4 degree Celsius (7.2 Fahrenheit) increase in temperatures from pre-industrial levels by 2100 that would raise sea levels, leading to erosion and increased coastal flooding, the University of New South Wales said Wednesday, citing a study in Nature Climate Change. If temperature increases were limited to 2.5 degrees, beach erosion would fall about a third from the worst-case scenario.

Sandy beaches comprise about a third of the world’s coastline, which would be eroded by 40 to 250 meters under the worst-case scenario, assuming there were no physical limits such as sea walls. The effect would be more noticeable in the latter decades of this century, and would continue well into the next.

The study used several new databases, including recent shoreline movement that may already be affected by increases in sea levels and may lead to an overestimate, according to John Church, Chair Professor at the UNSW’s Climate Research Centre.

“Regardless of the exact numbers reported in this study, it’s clear we will have to adapt to the beach erosion that we can no longer prevent, if we are to continue enjoying our beaches,” he said. “And if we are to continue to enjoy our sandy beaches into the future, we cannot allow ongoing and increasing greenhouse gas emissions.”

temperature increases by 2100 under various scenarios

Cones mark off the damage caused by beach erosion on November 27, 2012 in Fort Lauderdale, Florida. Photo by Joe Raedle/Getty Images