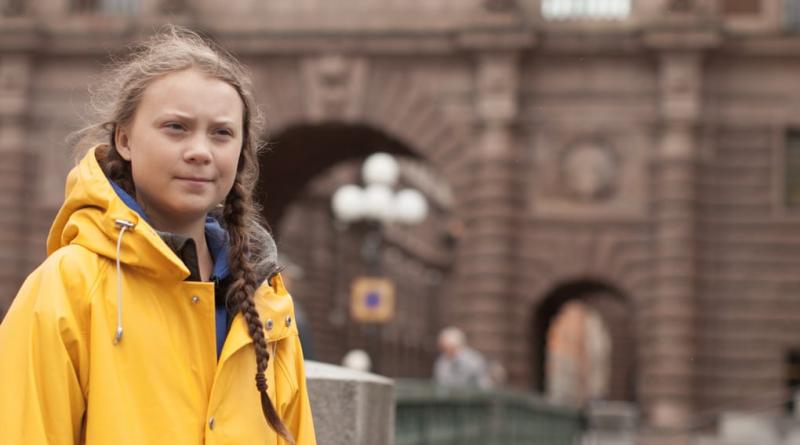 The activist discusses a new film that follows her life and the role autism played in her journey from troubled child to eco champion.

For a teenager who first became famous for skipping school, Greta Thunberg has come a long way. The 17-year-old from Stockholm is today a global champion of the environment movement and the uncompromising scourge of climate crisis deniers. In the process, she has earned the disdain of Donald Trump and the plaudits of figures including the pope and David Attenborough. For good measure, Time made her the magazine’s Person of the Year for 2019.

It is an astonishing journey that will be brought to our screens this week with the release of I am Greta, a 97-minute documentary that follows the activist, who has autism, on trips round the world as she raises the banners of green concern among young campaigners.

At the United Nations, we see her warning its secretary general, António Guterres, that “political leaders have failed us – but now change is coming”. At the Vatican, we see her greeted by a huge crowd chanting “Go Greta, save the planet!” and, later, flotillas of boats sailing out to meet her when the zero-carbon yacht that had carried her across the Atlantic to attend a UN climate meeting arrives in New York.

As I am Greta makes clear, the world has reacted in a remarkable way to this slight, determined figure. Even more astonishing is the nature of the figure at the centre of these events, for Thunberg is adamant that her condition – she freely acknowledges she is autistic – has played a critical role in helping her get her message across in a clear and simple manner.

“To get out of this climate crisis, we need a different mindset from the one that got us into it,” she said in an interview with the Observer last week. “People like me – who have Asperger’s syndrome and autism, who don’t follow social codes – we are not stuck in this social game of avoiding important issues.

“We dare to ask difficult questions. It helps us see through the static while everyone else seems to be content to role-play.”

Thunberg believes her condition helps her look at the world and see what others cannot, or will not, see. She dislikes small talk and socialising, preferring to stick to routines and stay “laser-focused”.

And her ability to concentrate fiercely is acknowledged by her father, Svante Thunberg. “She can read a book and remember everything in it,” he says ruefully.

But while she argues that her disorder has given her a unique vision of the looming crisis being unleashed by rising carbon dioxide emissions, we see that it has also brought her considerable unhappiness.

Her early childhood was marked by several painful episodes, and at the age of 11 she simply withdrew from life. “She stopped laughing,” says her mother, Malena Ernman. “She stopped talking. And she stopped eating.” As Thunberg puts it: “I almost starved to death.”

The youngster stayed away from school for a year. “She only spoke to me, her mother and her little sister,” says her father in the documentary.

Thunberg is equally forthcoming in the film about the unhappiness she experienced. “For many years, people – especially children – were very mean to me. I was never invited to parties or celebrations. I was always left out. I spent most of my time socialising with my family – and my dogs.” (The latter, black labrador Roxy and golden retriever Moses, play major roles in her life, as the film makes clear.)

Thunberg managed to pull back from the brink, however, and for most of the documentary we see a fairly happy individual: cooking with her mother and laughing with her father. Nevertheless, hers is an unusual background for a person who has become a global star.

The process began with her school strike – against Swedish politicians’ failures to take meaningful action on the climate crisis. “Why have an education when there is no future,” she demanded. The strike was a social media sensation and almost overnight Thunberg became a star of the green movement. She has since spoken to the UN nations in New York, appeared at the COP24 climate conference in Katowice, in Poland and visited the European Parliament.

At the EU she broke down in tears during a speech in which she outlined the extent of the extinctions, triggered by climate change, that were occurring across the planet. And at the 2019 UN climate summit in New York, an infuriated Thunberg told delegates: “People are dying. Entire ecosystems are collapsing. We are in the beginning of a mass extinction, and all you can talk about is money and fairytales about eternal economic growth. How dare you!” Intriguingly, Thunberg insists her performance at the general assembly was an unusual one for her. “I’m never angry. I’m not even angry at home. That was the only time I’ve been angry. Before that speech, I thought, this is a once-in-a-lifetime opportunity. I need to make sure something comes out of it. So I let my emotions take over.”

Her words are pretty uncompromising in general, however, and her speeches have earned her the approbation of fans who range from Arnie Schwarzenegger to Jon Bercow to Emmanuel Macron and alsoattracted the scorn of Brazil’s populist president Jair Bolsonaro, Russia’s Vladimir Putin, and others.

Thunberg has also received death threats, we learn. So are they still being sent, I ask her? Thunberg looks unfazed. “I don’t know. I don’t spend that much time checking.”

She is equally unperturbed by the political derision she has provoked. “When these people attack individuals – in some cases, children like me – that shows that they really have nowhere left to go,” she tells me.

“They have no arguments left. This is a crisis completely based on scientific consensus, but they try to focus on something else. It’s as if there was a fire and the alarm starts and they try to argue about the fire alarm instead of the actual fire.”

The pattern needs to be disrupted, she insists. “We are stuck in a loop where everyone just blames each other, and as long as we keep on doing that we won’t be able to achieve anything.”

The extent of humanity’s vulnerability is starkly demonstrated by the impact of Covid-19, adds Thunberg. “If one virus can completely destroy economies, then that is a sign that we need to rethink things and start to live sustainably.” If nothing else, Covid emphasises again that we need to listen to the science, she insists.Thunberg is now studying for her school exams and is planning a career in the social sciences. “All this attention isn’t going to last for very long,” she believes. “The interest in me will soon fade away. And, really, it’s not healthy at such a young age. So I need to see past it – although all the travelling was good fun.”

As to the documentary, Thunberg says she is happy with it, although the title makes her uncomfortable as it suggests she takes herself very seriously. “And I don’t,” she insists.

I Am Greta is released in cinemas on Friday 16 October, with a special Q&A screening in cinemas nationwide on 18 October; iamgreta.film

Jane Fonda: ‘If Greta Thunberg can do it, so can I’.

Greta Thunberg describes the remarkable and tumultuous past year of her life.