Greta and Malala: why photos of Thunberg are a flicker of light in a dark, dark world 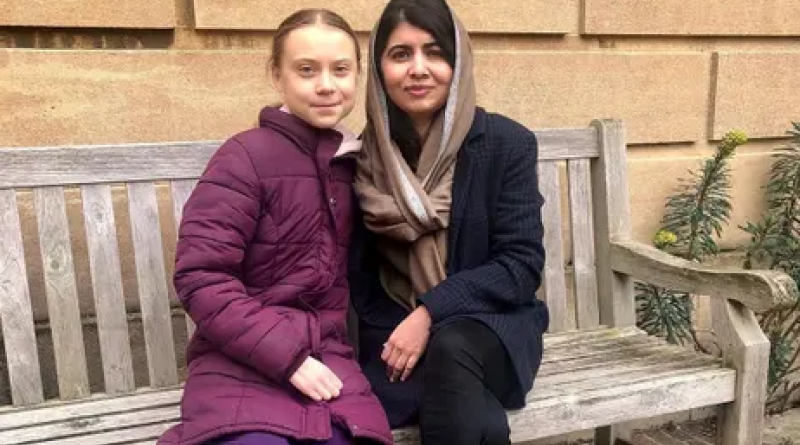 The planet is a mess and it is easy to despair. But seeing Thunberg with other inspirational figures offers a glimpse of hope.

To quote George Harrison, it’s been a long and lonely winter. The world is on fire – or in flood – and everything feels hopeless, and that is before you get to politics, where no one seems interested in doing anything about the aforementioned dumpster that the human race has set alight.

Reports suggest that “ecological grief” or “climate depression” are very real states of being. Everything seems so incredibly, irredeemably bleak. How do you find hope among the ruins?

Thankfully, we have photographs of Greta Thunberg meeting other similarly inspirational people, most recently Malala Yousafzai. Thunberg is 17 and Yousafzai is 22 (she was 15 when she was shot by the Taliban in retribution for her activism supporting young girls’ right to an education). I won’t bore you with the details of what I was doing when I was their age, but rest assured it was not world-changing activism.

That is part of what makes Thunberg so inspirational, and why she gives me hope for the future. Unlike older generations, she did not have the luxury of a childhood unmarred by climate anxiety. When terror struck, Thunberg, like Yousafzai, refused to capitulate by staying silent, as is expected of girls.

As a result of her bravery and forthrightness, we get to see her meeting everyone from Barack Obama to Jane Goodall, not to mention Jeremy Corbyn, Leonardo DiCaprio and (via Skype, to save their carbon footprints) David Attenborough.