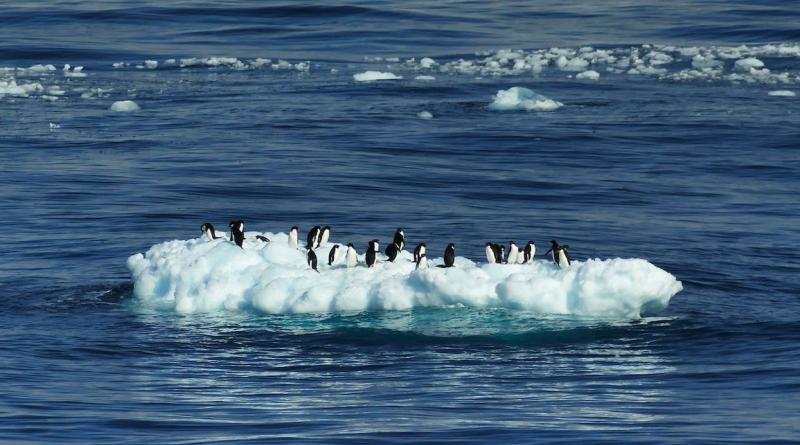 Antarctica and Greenland's ice sheets are currently melting at a pace consistent with worst-case-scenario predictions for sea level rise, with serious consequences for coastal communities and the reliability of climate models.

A paper published in Nature Climate Change Monday compared the latest satellite observations of polar ice melt with the predictions outlined in the Intergovernmental Panel on Climate Change (IPCC) Fifth Assessment Report. Itfound that the ice sheets are currently raising sea levels at a rate 45 percent above the IPCC's central prediction and closer to its worst-case scenario. If this continues, the two ice sheets could raise sea levels a further 17 centimeters (approximately 7 inches) more than central predictions by 2100.

"If ice sheet losses continue to track our worst-case climate warming scenarios we should expect an additional 17cm of sea level rise from the ice sheets alone," study coauthor and University of Leeds researcher Anna Hogg said in auniversity press release. "That's enough to double the frequency of storm-surge flooding in many of the world's largest coastal cities."

Since the 1990s, the two ice sheets have already increased global sea levels by 1.8 centimeters (approximately 0.7 inches). But it was between 2007 and 2017 that the ice sheets began to lose mass at a rate consistent with worst-case-scenario projections, adding around 1.23 centimeters (approximately 0.5 inches) to the water line during that decade, according to the study.

"We need to come up with a new worst-case scenario for the ice sheets because they are already melting at a rate in line with our current one," lead author and Centre for Polar Observation and Modelling (CPOM) at the University of Leeds researcher Thomas Slater told AFP. "Sea level projections are critical in helping governments plan climate policy, mitigation and adaptation strategies. If we underestimate future sea level rise, then these measures may be inadequate and leave coastal communities vulnerable."

One of the reasons climate models might underestimate the worst-case scenario, Slater told AFP, is that they do not account for short-term weather changes such as the heat wave that drove Greenland's record melt in the summer of 2019.

The models that will be used for the IPCC's next report are better at predicting how the ice sheets, oceans and atmosphere interact, Slater said.

The latest study follows a slew of bad news for the world's ice. One study published in August found that the Greenland ice sheet had passed the "point of no return" and would continue to melt even if the climate crisis were halted.

These studies reflect a new global reality: In the last five years, melt from ice sheets and glaciers has outpaced the expansion of warming ocean water as the main cause of sea level rise.

"It is not only Antarctica and Greenland that are causing the water to rise," Dr. Ruth Mottram, a coauthor on Monday's study and a climate researcher at the Danish Meteorological Institute, told the University of Leeds. "In recent years, thousands of smaller glaciers have begun to melt or disappear altogether, as we saw with the glacier Ok in Iceland, which was declared 'dead' in 2014. This means that melting of ice has now taken over as the main contributor of sea level rise."