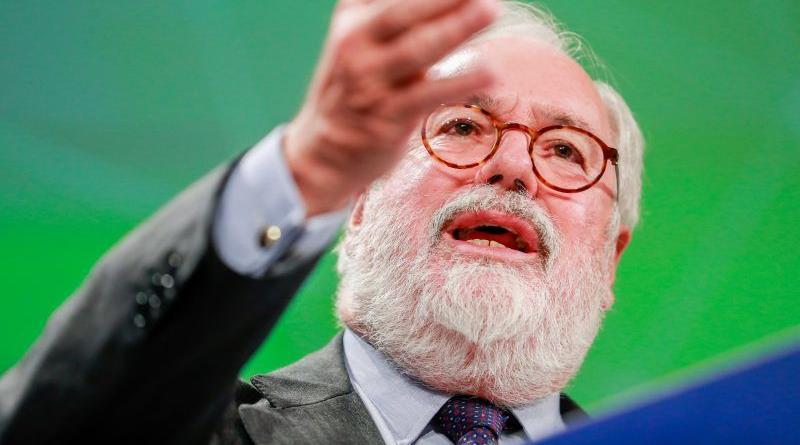 The incoming President of the European Commission, Ursula von der Leyen, is preparing a ‘Green Deal’ team that may be led by Vice-President Frans Timmermans. Whether the climate and energy briefs will be split or kept together remains to be seen, however.

Shortly after being chosen as Commission President in 2014, Jean-Claude Juncker said he was so serious about fighting climate change, he would axe the position of Climate Commissioner.

The intent wasn’t to sideline climate action, but to strengthen it. Climate is an overarching theme, he said, and can’t be cordoned off as a separate policy. He combined the climate and energy portfolios, which had been held in the previous term by Danish Commissioner Connie Hedegaard and German commissioner Günther Oettinger, into one new portfolio under Spanish commissioner Miguel Arias Cañete.

Cañete served in a ‘project team’ led by Maroš Šefčovič, Vice President for the Energy Union. They were the dynamic duo of energy and climate, with Šefčovič outlining the big-picture themes while Cañete focused on the details.

But the jury is out on how well Juncker’s seven ‘project teams’ actually worked, and now von der Leyen is considering whether to keep the system introduced by Juncker, adjust it, or scrap it entirely.

As part of that decision, she will have to decide whether to maintain Juncker’s combination of climate and energy, or separate them once again.

Incoming Commission President Ursula von der Leyen is expected to send out mission letters to the 27 commissioner nominees in two weeks, which will contain their portfolio assignments. Then, the European Parliament will begin its confirmation hearings on 13 September.

Given the little time left, von der Leyen is expected to keep some kind of project team system in place. According to Commission sources, First Vice President Frans Timmermans is interested in being put in charge of implementing the “Green Deal for Europe” von Der Leyen has promised to unveil within her first 100 days in office.

As first vice-president in the current term, Timmermans was a commissioner-without-portfolio mostly dealing with improving EU lawmaking procedures and some high-level political assignments such as rule of law violations.

Cañete, who will not be returning to the Commission, has been publicly expressing concern that von der Leyen intends to split his position apart.

“I would like to be replaced by a commissioner who is responsible for energy and climate together,” he told a conference in Brussels last month. “I think bifurcating the portfolios is not positive, because you have to have a holistic approach.”

Energy and climate lobbyists, both from the NGO and business community, are also not keen to see the subjects separated.

“We thought the combination worked quite well, it gave consistency,” says Nareg Terzian, EU Affairs Manager for the International Association of Oil and Gas Producers (IOGP). “It’s also fair to say, mostly due to the Paris Agreement, that you could tell that climate was in the driving seat – and I guess that’s fair because that was the political priority.”

Several stakeholders noted that during the Commission of José Manuel Barroso, energy messaging often seemed inconsistent because Climate Commissioner Hedegaard would say one thing, and Energy Commissioner Oettinger would say another. The cabinets of the two commissioners were known to frequently have conflicts with each other.

NGOs are also a fan of the combination, but they worry that it might not work so well if the wrong person was given the position. Though NGOs initially accused Cañete of being pro-fossil-fuels, in the end he turned out to be a champion for climate action.

“Our assessment is that the combination under Cañete actually worked relatively well and led to a much better performance than the previous combination of Hedegaard on climate and Oettinger on energy,” says Wendel Trio, director of Climate Action Network Europe.

“But obviously it depends on the person. This is assuming that we will not get a Polish commissioner or somebody else who would not be committed to the cause, because then of course it could go wrong both for climate and for energy.”

The concern is that if someone close to the fossil fuel industry inherited the climate and energy portfolio, he or she would sideline the climate part of their remit. Cañete is part of the centre-right European Peoples Party (EPP), which wants to ensure one of their own maintains this portfolio. The EPP was recently ranked as the worst European political group for climate issues.

That is why some in the Commission think climate issues would be better protected with a dedicated commissioner.

But that commissioner might not have a lot to do – because much of the main energy legislation has already been passed by the outgoing Commission. That’s why some have suggested combining climate with transport instead, because that will be the focus for climate legislation in the next few years.

“It’s a very light portfolio alone,” noted one EU official. “The only reason climate got prominence was because it was together with energy. The synergies worked quite well this mandate. So if they moved it, it would make sense to combine it with transport, because that’s where a lot of the cuts need to be made. We’ve already regulated the power sector this mandate.”

An announcement on portfolio assignments is expected in the first week of September, as lawmakers come back to Brussels from summer holidays.

Merkel speaks in favour of increasing EU’s 2030 climate target to 55%.