Goal of the Month for June: SDG 12 - Responsible Consumption and Production 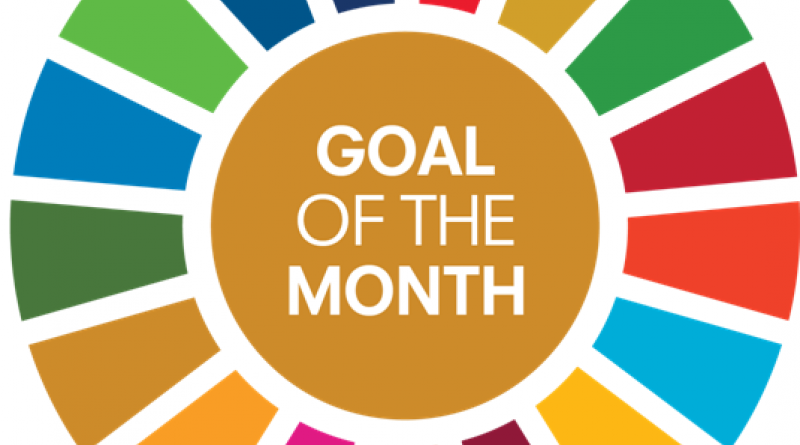 In June, the UN Department of Global Communications highlights Sustainable Development Goal 12 - Responsible Consumption and Production - as the Goal of the Month.

Did you know that 1 million plastic bottles are purchased every minute and then discarded? One-third of all food produced is lost, wasted, or spoiled? Or that the fashion industry is the second highest user of water worldwide and the meat industry is responsible for more greenhouse gas emissions than the world’s biggest oil companies?

According to UN Environment (UNEP), understanding the different types of pollution, and how it affects our health and environment can help us take steps towards improving the air around us.

This World Environment Day, the UN agency is issuing a call for action, asking people to claim the Day by doing something to take care of the Earth. Learn more about the campaign and join us in promoting the Day with digital media assets from UNEP.

"The environment is facing unprecedented perils, caused by human activity," says the UN Secretary-General in his video message for the Day, stressing the need to "tax pollution, not people." Read what UNEP's leaders are saying about waste and pollution.

From the food we eat, to the clothes we wear, each of us has the power to confront the climate challenge. To inspire behaviour change, the United Nations launched a global call to individual action, called ActNow, ahead of Secretary-General António Guterres’ Climate Action Summit (23 September 2019). The campaign uses a chatbot to recommend everyday actions to reduce our carbon footprints.

As part of the campaign, people will be invited to join a sustainable food challenge on 18 June. Participants can cook up dishes that are not only delicious but also good for the planet and good for us. Leading chefs from MAD community, SDG2 Advocacy Huband Kitchen Connection will spearhead the challenge showcasing their culinary creativity on the UN’s global platforms. Look out for more information on our website.

UN Secretary-General António Guterres has repeatedly  said that it is time to end the fallacy that subsidizing  fossil fuels is a way to improve people’s lives, and has  called for the private sector to support the climate  agenda.

As an example of how business can support the UN’s  climate agenda, Portugal-based utility company EDP  (Energias de Portugal) has partnered with the UN-  backed Sustainable Energy for All (SEforALL) initiative to fund sustainable and clean energy projects in east Africa, notably in Kenya, Tanzania, Mozambique and Malawi.

UN News looks at how clean energy has the potential to play a significant role in kick-starting sustainable development in the world’s emerging economies. Read the story here. 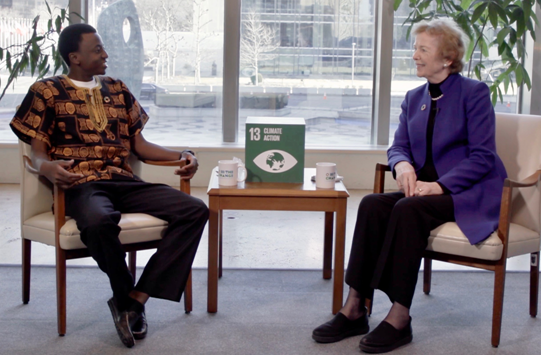 “Climate change is a noble cause and you should have an  open system for anybody who  has the same motive as you  to join,” says Deon Shekuza, a climate activist from Namibia,t alking to Mary Robinson, the former President of Ireland  and current Chair of the Elders.  Watch a preview of their  conversation and read about their discussions on climate  justice, school strikes and why young people are taking  matters into their own hands.