The Global South has the power to force radical climate action 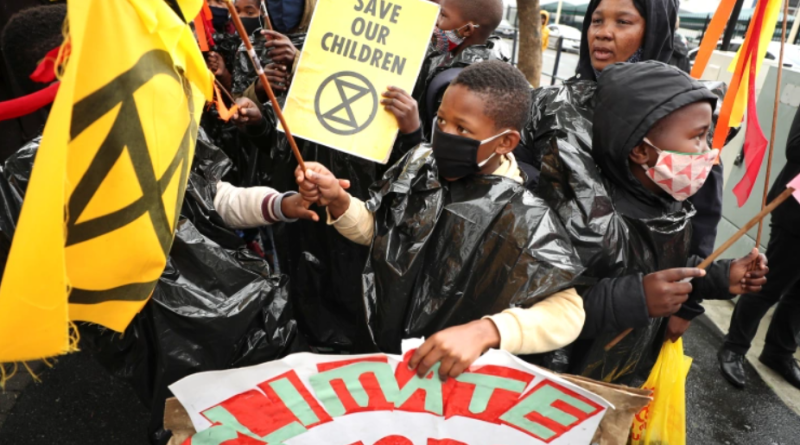 During the past several years it has become clear that the international climate negotiations are failing to address the climate crisis. Existing policies have us on track for 3.2 degrees Celsius (5.76F) of heating this century – in other words, within the lifetime of the present generation. Scientists are clear that such a future will be characterised by severe suffering and dislocation.

Western economies – and the corporations and elites that dominate them – are overwhelmingly responsible for this crisis. They have contributed more than 90 percent of the excess emissions that are driving climate breakdown.  Meanwhile, the impacts fall hardest on the countries of the Global South, which are already suffering the brunt of the heatwaves, droughts, floods, crop failures and human displacement. The climate crisis is playing out along colonial lines.

Political leaders and social movements in the Global South are aware of these facts. For years, they have been calling for more dramatic action from governments in the Global North, whose per capita emissions remain far higher than the rest of the world. But their pleas fall on deaf ears. None of the Western governments is on track to meet their fair share of the Paris agreement goals. Why? Because to achieve sufficiently rapid emissions reductions will require rich economies to dramatically reduce their energy use.

To manage such an energy descent, rich nations would need to abandon capitalist growth as an objective and shift to a post-growth, post-capitalist system, where production – and energy use – is organised around meeting human needs rather than around elite accumulation.

It is unlikely that Western governments will do this voluntarily. We can hope that the climate movement will push them, but the movement itself is divided on this issue, with a large faction insisting on growth-as-usual. Why should the South wait around for a miracle to occur? Why gamble everything on the goodwill of states that have never cared about the interests of the South or the welfare of its people?

There is another way. Southern governments have the power to force matters, and change the course of history.

The key thing to realise is that Western economies – and their economic growth – depend utterly on labour and resources from the South. This was obvious during the colonial period, and it remains true today. Hundreds of millions of acres of land, tens of thousands of factories, and armies of labour across Asia, Africa and Latin America are woven into commodity chains that service Western monopolies, supplying them with everything from palm oil to petroleum, computer chips to smartphones.

The result is a large net flow of resources out of the South, equivalent to 25 percent of Western GDP. These capacities could be used to meet local human needs – for housing, food, and healthcare – but instead, they are appropriated by Western capital.

This is a travesty of justice. But it is also a point of leverage. At any moment, the South could cut off this flow of wealth. It is within their power to do so. They did it once before, in the decades after decolonisation, when some radical and progressive governments introduced policies to reclaim economic sovereignty. They used tariffs and capital controls to protect their markets; they nationalised key resources; they improved labour rights and wages; they built public services and developed national industries.

In short, they mobilised their own resources and labour around meeting their own needs, and shifted to trading more with other post-colonial countries. These ideas were enshrined in the 1974 Cocoyoc Declaration and developed by visionaries like Samir Amin and Thomas Sankara.

The movement for Southern sovereignty was was successful enough that it posed a serious threat to Western capitalism, as it began to cut off their access to cheap labour and resources. Western powers responded: first with a series of coups against anti-colonial leaders – Mossadegh in Iran, Sukarno in Indonesia, Arbenz in Guatemala, Lumumba in the DRC, Allende in Chile – and then by leveraging their power as creditors to impose structural adjustment programmes that dismantled the economic reforms.

Now, half a century later, the South is in a position where it can and should attempt this revolution again. They can do it by pursuing agrarian reform and food sovereignty; by building renewable energy capacity; and by shifting industrial production towards supplying domestic needs. These steps would allow Southern countries to reclaim control over their own land and resources, dramatically reducing their dependence on Western imports, and on Western currencies.

Governments can mobilise such a project in large part by taking advantage of the policy space available to any currency issuer. As Keynes pointed out, anything that can be bought or produced in the national economy can be financed in the national currency. Countries in the Global South have plenty of labour and resources – the problem is that they are often prevented from using these capacities for their own development, by foreign creditors that impose strict limits on public spending. Where this is the case, governments may need to default on external debts.

Taking steps towards economic sovereignty and progressively de-linking from Western capital would have far-reaching effects on the world economy. It would constrain the West’s access to Southern labour and resources, and oblige their transition to a post-growth system. It would also force Western governments to the bargaining table. The South would be in a position to push for much more radical climate policies – in line with their longstanding demands for 1.5 degrees C (2.7F) – including reparations for loss and damage.

Governments fear taking these steps because they know that Western capital would punish them for it. But moving towards economic sovereignty would dramatically limit that leverage. Collective action is also essential here. As the anti-colonial leaders of the 20th century emphasised: we are stronger together than we are alone. If Southern governments unite and take these steps as a bloc, it would be difficult for anyone to stop them. Climate change is playing out along colonial lines, and it requires an anti-colonial movement in response.

The views expressed in this article are the author’s own and do not necessarily reflect Al Jazeera’s editorial stance.

We cannot adapt our way out of climate crisis, warns leading scientist