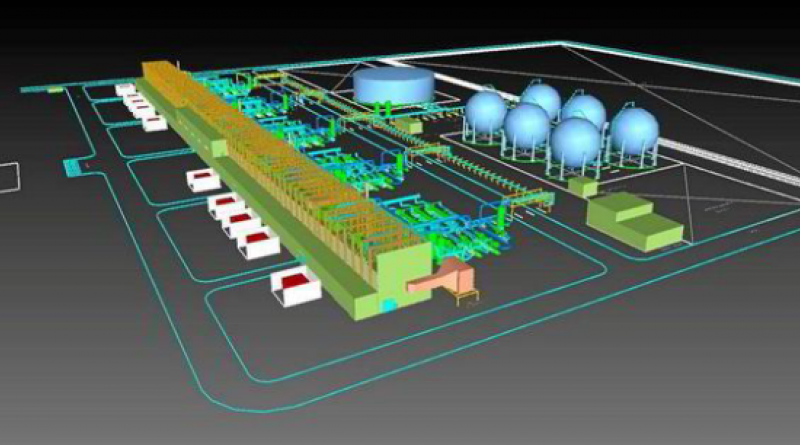 The two 500MW/5GWh 'advanced' compressed-air projects in California would each be bigger than the current record holder.

A Canadian company has today announced that it is developing two 500MW/5GWh ‘advanced’ compressed-air long-duration energy storage (A-CAES) projects in California, each of which would be the world’s largest non-hydro energy storage system ever built.

Toronto-based Hydrostor is working with experienced US renewables developer Pattern Energy and French infrastructure investment giant Meridiam on the 500MW Rosamond project in Kern County, near Los Angeles, which would have a storage capacity of 4-6GWh.

Hydrostor is due to reveal more details about the second project, which would be in central California, within weeks, Recharge has learned.

The company hopes that both projects will be commissioned within three to five years.

Land has been secured at both sites, and Hydrostor (and its partners) are working on engineering, permitting of the projects, as well as submitting bids to the California Public Utilities Commission, which is working to secure up to 1.6GW of long-duration energy storage for the state by 2026.

Hydrostor’s technology — which has been proven at its 1.75MW/10MWh Goderich facility in Ontario, completed in 2019 — differs from standard CAES in that projects can be built anywhere.

Standard CAES, such as the 110MW McIntosh plant in Alabama, uses underground salt caverns to store compressed air and therefore can only be built in a very limited of locations. Hydrostor, however, utilises purpose-built caverns dug from the ground and can therefore be built almost anywhere.

How the technology works

Hydrostor’s A-CAES technology uses electricity from the grid or a renewables project to run a compressor that produces heated compressed air. The heat is extracted from this air stream and stored for later use inside the company's proprietary thermal store. The compressed air is meanwhile pumped into a purpose-built cavern part-filled with water, pushing the water to the surface of a closed-loop reservoir.

When electricity is required, the system is basically unlocked — the pressure of the stored water on top of the compressed air pushes the gas up a pipeline back to the surface, where it is then reheated by the stored heat. This hot, compressed air is then expanded through a turbine to generate electricity.

Hydrostor claims that it offers the lowest installed cost per MWh for large-scale long-duration energy storage, but a spokesman for the company was not able to provide Recharge with a figure to back this up.

The world’s largest non-hydro energy-storage project at present is the 300MW/1.2GWh Moss Landing lithium-ion battery in California, which is set to be expanded to 400MW/1.6GWh later this year.

A 1.2GW lithium-ion battery project was announced in Australia by local developer earlier this year, but there are doubts whether it will move forward. French renewables developer Neoen is working on a 1.8GW wind/solar project in South Australia backed up with a 900MW/1.8GWh battery, which is reliant on the construction of a new transmission line.

The world's largest non-hydro long-duration energy-storage project, which is currently under construction and due to be fully commissioned next year, is Highview Power’s 50MW/250MWh liquid-air energy storage facility in Greater Manchester, England.

Because lithium-ion can only store up to four hours’ worth of energy, a race is on to develop build-anywhere long-duration energy storage technologies that can offer cheaper and longer-lasting back-up for renewable energy at times when the wind is not blowing and the sun is not shining. Such technology is seen as vital for the energy transition.

Companies including Highview, Siemens Gamesa, Zinc 8, Form Energy, Gravitricity, Stiesdal and Echogen are all working to commercialise long-duration storage technologies that they all claim will be far cheaper than lithium-ion.