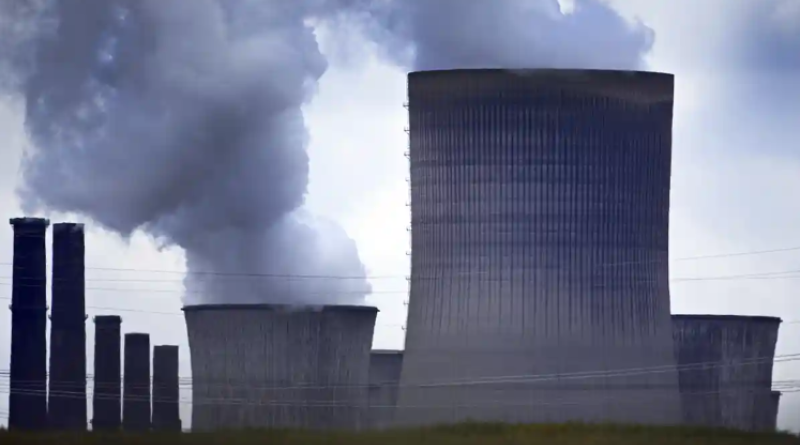 The move has been described as “painful but necessary” by the government’s environmentalist economics minister, Robert Habeck. It has the backing of leading Greens in the coalition government, who argue it is needed as a short-term crisis management tool.

It was given final approval by the upper house of parliament on Friday, passed along with a package of measures to boost the expansion of renewable energies – in part by classifying them as a matter of public security – including by setting a minimum on the proportion of land each federal state must allow for windfarms.

But environmental campaigners argue the potential return to using such a highly polluting energy is a compromise too far and that Germany is in danger of missing even its most basic climate targets.

Before the Ukraine conflict, Germany planned to phase out coal by 2030 as it is far more carbon intensive than gas. But when gas supplies from Russia – on which Germany is highly dependent – started running short after Russia reduced the flow, moves were made to restart coal-fired power plants that had been mothballed.

The measures are meant to help wean Germany off Russian gas, making it less open to blackmail, and to preserve energy supplies before winter, using coal to produce electricity instead of gas, which needs to be saved for a wide range of industrial processes.

Industry bosses welcomed the move on Friday. In a statement, the Federation of German Industries (BDI) called the decision “better late than never”.

It said: “Politics and the economy must urgently use the summer months in order to save gas, to ensure the storage facilities are full ahead of the coming heating season. Otherwise we face a grave gas shortage with a sharp decline in industrial production. In this tense situation what counts is every single day and every cubic metre of gas we can save.”

Gas storage facilities were only about one-third full when war broke out. By Friday they had gradually been filled to about 63% capacity, amid saving measures and efforts to procure supplies from elsewhere. But they are still a considerable way off a 90% goal to be reached by 1 November, which experts say should just about see Germany through the winter. Already households and industry have been urged to save as much energy as possible. Habeck has talked about reducing the length of his showers, and is encouraging Germans to do the same. Elsewhere municipalities have introduced measures to cut down on street lighting, to reduce the temperature of swimming pools, and some housing associations have even started rationing supplies of hot water to their tenants.

Gas bills have already doubled and could as much as quadruple over the winter. “We are talking about increases amounting to a month’s income for some families,” Haback has warned. At the start of the war, Germans were being urged to cut gas usage to punish Vladimir Putin. Now the message has switched to cutting gas to ensure warmth in winter.

Supplies of gas from Russia via the pipeline Nord Stream 1 that runs through the Baltic Sea to Germany have been reduced to about 40% of the usual levels. On Monday an annual maintenance project on the pipeline, which is expected to shut it down for about 10 days, is being viewed as a crunch moment. There are widespread fears, supported by Habeck and other government figures, that Russia could use the opportunity to shut the pipeline down completely, on the pretext of failing parts.

Habeck told parliament on Thursday that Germany was a hostage to circumstance, but also blamed the energy policies of the former government of Angela Merkel. “If you pose in front of melting icebergs, and rightly make a decision to turn your back on [nuclear] energy but forget that you need to build up an infrastructure for that to work, if you make climate policy decisions but don’t back them up with measures, then it’s like leaving Germany standing in the rain,” he said.

Klaus Ernst, the chair of the parliamentary committee on climate protection and energy, said the decision to reignite coal-fired plants amounted to a “climate policy disaster”. Ernst, a member of the far-left Links party, said by imposing sanctions on Russia for which it was now seeking revenge, Germany had put itself in the position of “grasping at measures which hit our own country harder than the country we meant to hit with sanctions”. He said that should gas supplies from Russia stop, Germany would face its worst economic crisis since the second world war.

Ricarda Lang, the chair of the Greens, said the coal-plant decision made her “stomach ache”, but that in the short term it was vital to ensure energy security over the coming months. “It is therefore right that we’re enabling coal plants to be used again, but at the same time we of course need to bust a gut to ensure that we still manage to stick to our goal of withdrawing from coal by 2030.”