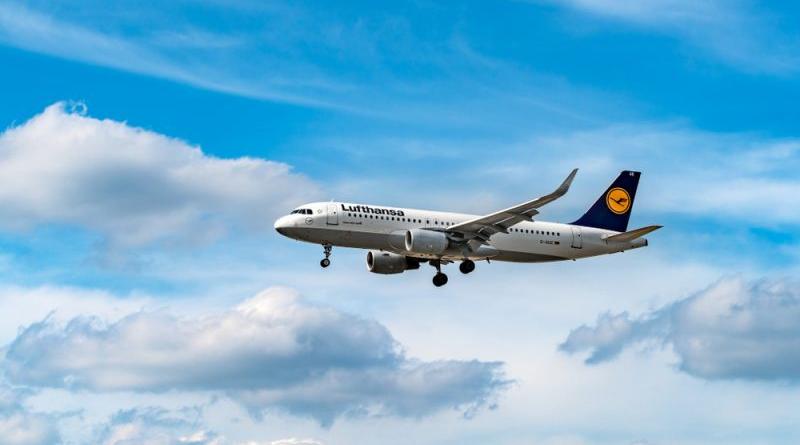 Germany’s Greens plan to make domestic flights ‘largely obsolete’ by 2035. To this end, they want to introduce a tax on kerosene and gradually increase rail traffic. The EU, however, is far from finding a solution on how to tax air travel. EURACTIV Germany reports.

There should be no flight bans, but strong incentives for rail traffic, according to a paper of the Greens’ parliamentary group in the Bundestag, which has been quoted by the Bavarian newspaper Süddeutsche Zeitung.

The paper is calling for increased train frequency, more reliable journey times, cheaper tickets and good wifi coverage. These objectives should “ensure that rail travel becomes so attractive in the next 25 years that domestic flights are no longer worthwhile.”

To achieve this goal, the German railway system Deutsche Bahn (DB), which is entirely government-owned, is to receive €3 billion annually.

To compete with domestic lights, travel time between as many destinations as possible and to neighbouring countries should be reduced to  “a maximum of four hours”. A “European night train network” should also be re-introduced in the long term.

“It is unacceptable that the aeroplane, as the most climate-damaging mode of transport, is still being subsidised with billions of euros. The environmentally-friendly railway system, however, continues to be chronically underfinanced,” said Daniela Wagner, one of the paper’s authors, according to the Süddeutsche Zeitung.

With their demand, the Greens are increasing the pressure on Germany’s transport ministry to push ahead with the expansion of the railway network, which is an objective stipulated in the coalition agreement between Germany’s ruling parties.

Last year, the ministry announced its intention to invest massively in the railway group DB as part of the “Deutschlandtakt” programme. The aim is to double the number of passengers by 2030 and make the rail network faster and more efficient.

According to Transport Minister Andreas Scheuer of the conservative CSU, the programme is “the largest project in the railway sector since the railway reform of 1994”.

This year, DB also announced its intention to invest €30 million to guarantee a wifi connection in all its long-distance trains.

However, the Green parliamentary group in the Bundestag is going further and calling for the gradual introduction of a kerosene tax on domestic flights. The recommended value is the same as the tax on petrol, which is at 65 cents (including VAT) per litre.

Although flights are subject to the European emissions trading scheme (EU ETS), kerosene as fuel is tax-exempt in the EU, as is the case almost everywhere else.

According to experts, one country single-handedly implementing a kerosene tax would not be efficient since aeroplanes would refuel abroad, before landing in Germany.

Following Reuther’s request to the German government on the issue, the government recently responded saying that it is currently examing a possible kerosene tax. An attempt by Germany alone, however, would entail “considerable technical and administrative difficulties.”

A Europe-wide kerosene tax is tricky to implement. Tax law is still a national matter, on which the EU has no competence, meaning a unanimous agreement of all member states is needed on the issue. With some EU member states fearing the effects on the tourism industry, the required unanimity would be difficult to reach.

The Netherlands, Belgium, Luxembourg, France, Sweden and Germany have previously indicated that they are open to introducing a kerosene tax on flights entering their shared airspace.

Alternatively, it would be conceivable to increase the air travel tax that has been in force in Germany since 2011, which is something Environment Minister Svenja Schulze of the Social Democrats (SPD) demanded last week.

Depending on the length of the flight, between €7.38 and €41.49 are currently being charged.

According to calculations by Germany’s environment ministry, introducing a kerosene tax in Germany could generate tax revenues as high as €7 billion.

Domestic flights, however, account for only 16% of German air traffic.