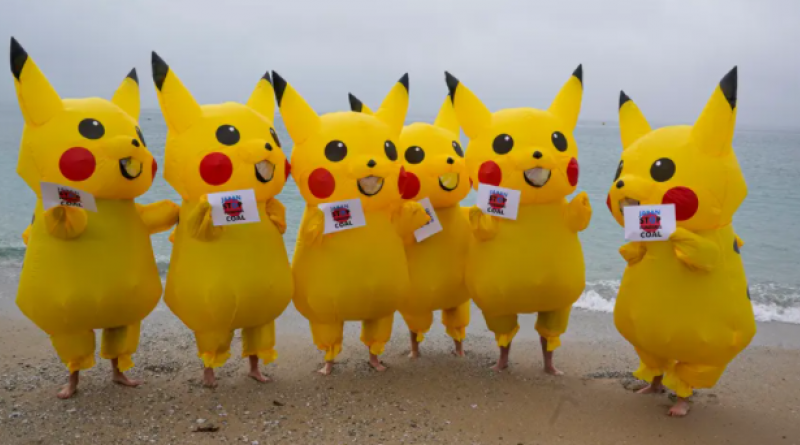 As world leaders gather for the first in-person summit since the start of the pandemic, Daisy Dunne explores what actions they must take to tackle the climate crisis.

Protesters dressed as Pikachus, a Mount Rushmore-inspired sculpture made entirely of e-waste, and an army of hand-knitted Cornish pasties. These are just some of the spectacles awaiting world leaders as they arrive in Cornwall for the G7 summit this weekend.

They are but a handful of demonstrations aimed at drawing attention to the world’s rapidly worsening climate and nature crises. The Pokemon protest aims to highlight Japan’s ongoing support for coal-fired power, the sculpture is a symbol of mounting electronic waste, while the pasties each come with a hand-written, pasty-themed message on the need to take urgent environmental action. “Earth’s crust is burning,” one declares. “Almost pasty point of no return,” says another.

The climate crisis will be one of the major talking points at the three-day summit, which will see the UK host the other G7 nations – the US, Japan, Germany, France, Italy and Canada – for the first in-person gathering of leaders since the start of the pandemic. Other major nations invited to attend as guests include Australia, South Korea and South Africa.

The meeting comes halfway through a year that is seen as crucial for getting the world on track for meeting its climate goals and finally taking action to stem the loss of nature. The six hottest years on record have all occurred since 2015, and 2021 is expected to continue the run. More species are at risk of extinction today than at any other time in human history.

As well as hosting the G7 meeting, the UK is also heading up a major global climate conference, known as Cop26, which will be held in Glasgow in November. Cop26 is viewed by many as the world’s last major chance for getting on track to limit global temperature rise to 1.5C above pre-industrial levels, the aspiration set by countries under the Paris Agreement in 2015. Progress at this weekend’s meeting will be vital to ensure success at the conference.

“We need bold commitments but they must also be urgently delivered. World leaders have the power to tackle the mounting but interconnected crises we face, but only if they act now.”

One of the major issues up for discussion is expected to be the need for rich nations to fulfil long-held promises to provide developing countries with the funds needed to both tackle and adapt to rapidly rising emissions.

Back in 2009, high-income countries promised to provide poorer nations with $100bn (£73bn) a year by 2020 to help them grapple with the climate crisis. But recent data shows this target is still far from being met.

“That funding has got to be found,” said former British prime minister Gordon Brown at a press briefing held ahead of the G7 meeting on Thursday.

“There will be a problem if we don’t get an agreement that climate finance will be provided ahead of Cop26.”

It is rumoured that Boris Johnson will use the event to convince G7 leaders to agree to a climate crisis “Marshall plan” – a major new effort to support developing world countries in the transition away from using fossil fuels, inspired by the American plan that helped to rebuild European economies after the Second World War.

“First, a strong capital package that will be able to shift investment in developing countries from billions to trillions. Without funding, the initiative risks becoming another paper tiger.

“Second, a principle-driven initiative that is clear on its promotion of net zero, resilient development and a strong emphasis on transparency, anti-corruption and human rights.

“Third, openness of the initiative to any country that is keen to enter a path of green and clean development, as well as openness for any non-G7 country to join the initiative if it adheres to its principles.”

However, many experts have warned that the UK’s efforts to lead a climate funding drive for developing countries risks being undermined by a decision to temporarily slash its foreign aid budget from 0.7 to 0.5 per cent of the national income.

The decision will not directly affect its spending on climate finance, but a range of politicians, NGOs and activists have warned that the move could put the UK on the back foot as it attempts to rally action from other countries.

“As African women, imagine how this makes us feel about the UK as fair-play patterns as we face crises together,” Nita Deerpalsing, communications director for the UN Economic Commission for Africa, said of the decision at a briefing held on Thursday.