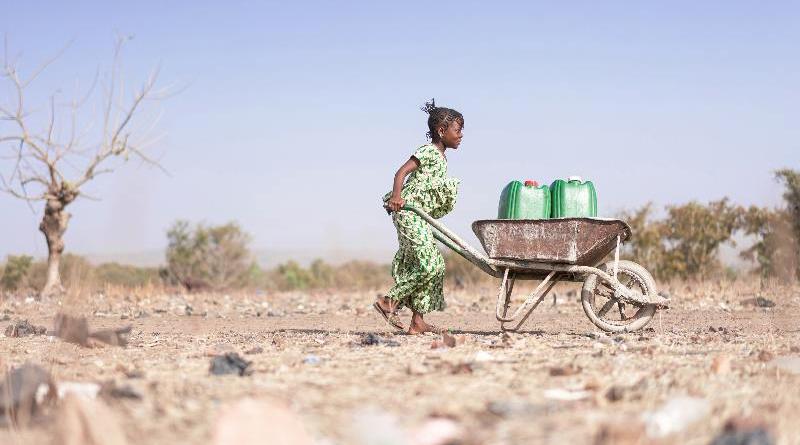 A growing lack of fuel in the Central African Republic (CAR), exacerbated by the war in Ukraine, is worsening an already critical situation for the 3.1 million people in the country who are in urgent need of humanitarian aid.

In the last two months, the fuel shortage has forced humanitarian organisations to drastically reduce operations while also driving up food prices.

This fuel shortage means that some humanitarian flights within the country have been either suspended or postponed, preventing aid workers from reaching people in need. As per the latest schedule from the UN Humanitarian Air Service (UNHAS), flights from Bangui to Kaga Bandoro and Alindao have been reduced from three per week to once every two weeks. The entire humanitarian response is under threat of being drastically reduced, while 63% of the population is in need of humanitarian assistance and protection.

“In some of the most affected areas of the country such as the Kaga-Bandoro province, we have only been able to purchase 25% of the fuel needed this month, preventing us from assisting families in need on six consecutive days,” said Tchatat Yakwa Godain Powel, the Norwegian Refugee Council’s Country Director in the Central African Republic. “The fuel shortage is adding a crisis on top of the crisis – it is vital for families depending on aid to survive that the fuel for the humanitarian response is urgently supplied and meets operational needs.”

The fuel crisis is also impacting food security in the country. While 2.4 million people – half of the country’s population – are currently acutely food insecure, food prices are increasing due to the war in Ukraine. This is because the neighbouring countries on which CAR depends for the import of food and cereals are themselves dependent on Ukraine and Russia to meet their needs. In the last months, the price of wheat flour in CAR has risen by 50%. In June-July the price of meat will increase by 30% and the price of cassava by 50%, according to UN projections.

“Children get sick regularly, they are half the weight they should be. They don’t get enough protein and they are all fragile. We receive humanitarian aid but the amount of food we have been given is not enough to feed us. And with the price increase on the market, it is difficult for us,” said Mariam, a displaced mother in Alindao.

Combined, the lack of fuel and soaring prices are increasing the cost of humanitarian operations, while the response has only received 38.7% of the money required this year.

“The lack of fuel is pulling the rug out from under us while the lack of humanitarian funding prevents us from getting back on our feet. Donor countries need to consider the increase in prices and ensure that the response can scale up to meet needs. If the funding is not urgently increased, the impact of the war in Ukraine will continue pulling a country largely weakened by years of conflict into a downward spiral,” said Powel.