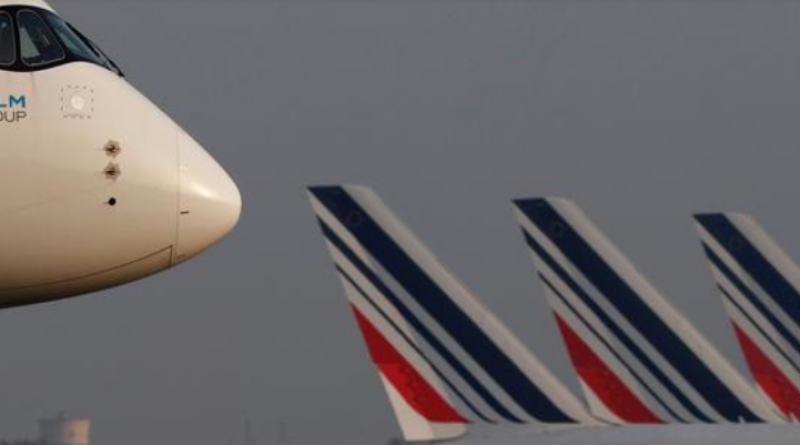 PARIS (Reuters) - French lawmakers voted late on Saturday to abolish domestic flights on routes than can be covered by train in under two-and-a-half hours, as the government seeks to lower carbon emissions even as the air travel industry reels from the global pandemic.

The measure is part of a broader climate bill that aims to cut French carbon emissions by 40% in 2030 from 1990 levels, though activists accuse President Emmanuel Macron of watering down earlier promises in the draft legislation.

The vote came days after the state said it would contribute to a 4 billion euro ($4.76 billion) recapitalisation of Air France, more than doubling its stake in the flagcarrier, to shore up its finances after over a year of COVID-19 travel curbs.

Industry Minister Agnes Pannier-Runacher dismissed criticism from the aviation industry that a pandemic recovery was not the time to ban some domestic flights, and said there was no contradiction between the bailout and the climate bill.

“We know that aviation is a contributor of carbon dioxide and that because of climate change we must reduce emissions,” she told Europe 1 radio. “Equally, we must support our companies and not let them fall by the wayside.”

Air traffic may not return to pre-crisis levels before 2024, McKinsey analysts forecast.

Some environmental campaigners have said the bill does not go far enough. A citizens’ climate forum established by Macron to help shape climate policy had called for the scrapping of flights on routes where the train journey is less than 4 hours.

Saturday night’s vote in the National Assembly was the first. The bill goes to the Senate before a third and final vote in the lower house, where Macron’s ruling party and allies dominate.

Flights would be faster and use less fuel if they would ‘use the wind’.