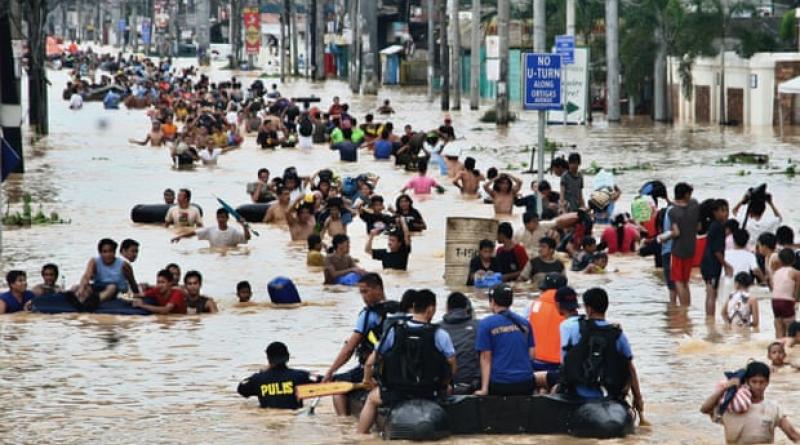 New research finds 147 million will be hit by floods by the end of the decade – ‘the numbers will be catastrophic’.

The number of people harmed by floods will double worldwide by 2030, according to a new analysis.

The World Resources Institute, a global research group, found that 147 million people will be hit by floods from rivers and coasts annually by the end of the decade, compared with 72 million people just 10 years ago.

Damages to urban property will soar from $174bn to $712bn per year.

By 2050, “the numbers will be catastrophic,” according to the report. A total of 221 million people will be at risk, with the toll in cities costing $1.7tn yearly.

When WRI first developed its flood modeling tool in 2014, the predictions felt “like a fantasy”, said Charlie Iceland, director of water initiatives at WRI.

“But now we’re actually seeing this increase in magnitude of the damages in real time,” Iceland said. “We’ve never seen these types of floods before.”

Floods are getting worse because of the climate crisis, decisions to populate high-risk areas and land sinkage from the overuse of groundwater.

The worst flooding will come in south and south-east Asia, including in Bangladesh, Vietnam, India, Indonesia and China, where large populations are vulnerable.

The effects will be less dire but still increasingly serious in the US, where the risk is highest for coastal flooding. The US ranks third among countries with the most to lose from urban coastal flooding in the next 10 years, after China and Indonesia.

Coastal flood damage in the US will soar from $1.8bn in 2010 to $38bn in 2050, with half the country’s exposed population in just three states – Louisiana, Massachusetts and Florida.

What are now once in a lifetime floods could become daily occurrences for most of the US coastline, according to a separate study.

That’s because hurricanes are stronger, seas are higher and rain patterns are changing, all because of global heating caused by humans.

River floods will get worse in the US, but those damages will stay about the same, as large investments will be made in flood protection.