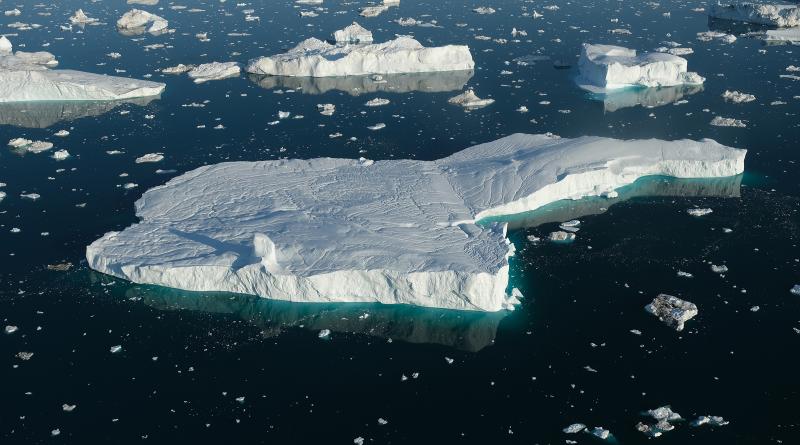 Extreme events linked to climate change, such as the heatwave in Europe this year, are occurring sooner than expected, an ex-chief scientist says.

Prof Sir David King says he's been scared by the number of extreme events, and he called for the UK to advance its climate targets by 10 years.

Campaigners argue that people won't act unless they feel fearful.

Speaking to the BBC, Prof King, a former chief scientific adviser to the government, said: “It’s appropriate to be scared. We predicted temperatures would rise, but we didn’t foresee these sorts of extreme events we’re getting so soon.”

He said the world had changed faster than generally predicted in the fifth assessment report from the UN's Intergovernmental Panel on Climate Change (IPCC) in 2014.

He referred especially to the loss of land ice and sea ice, and to the weather extremes in which he said warming probably played a role.

Several other scientists contacted by the BBC supported his emotive language.

The physicist Prof Jo Haigh from Imperial College London said: “David King is right to be scared – I’m scared too."

“We do the analysis, we think what’s going to happen, then publish in a very scientific way.

"Then we have a human response to that… and it is scary.”

Petteri Taalas, the secretary-general of the World Meteorological Organization (WMO), a specialised UN agency, said he fully supported United Nations climate goals, but he criticised radical green campaigners for forecasting the end of the world.

Dr Taalas agrees polar ice is melting faster than expected, but he’s concerned that public fear could lead to paralysis – and also to mental health problems amongst the young.

“But I want to stick to the facts, which are quite convincing and dramatic enough. We should avoid interpreting them too much.

“When I was young we were afraid of nuclear war. We seriously thought it’s better not to have children.

“I’m feeling the same sentiment among young people at the moment. So we have to be a bit careful with our communication style.”

He said most of the changes were within the IPCC forecast range - although some - like polar ice - were at the top end of the range.

The polar scientist Andrew Shepherd, from Leeds University, agreed with that assessment.

He also said scientists should normally avoid emotional terms: "I would not use the term (scary) in general, but it is certainly surprising to see record (or near record) losses of ice. 2019 has been a bad year for Earth's ice."

It seems though, that some scientists believe their communications in the past have been failing to provoke an emotional response that would convince the public to act.

The Telegraph reports that psychologists working with the University of Bath are counselling growing numbers of young people suffering from eco-anxiety.

However, some scientists appear to believe that their communications in the past have been failing to provoke an emotional response that would convince the public to act.

The consensus among those who replied was that climate models had accurately forecast the rise in global mean temperature. 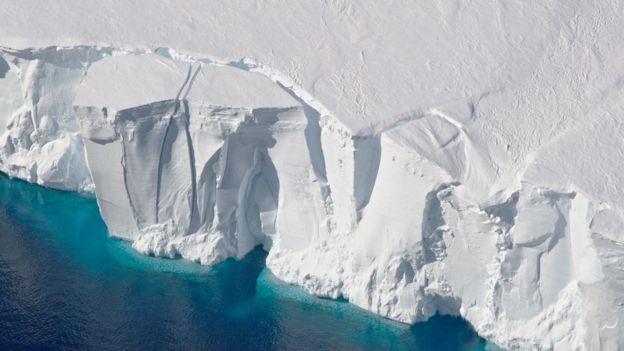 But the models hadn’t been sufficiently sophisticated to foresee events like this year’s extreme European heatwave or the slow-moving Hurricane Dorian –described by Nasa as “extraordinary” and “a nightmare scenario”.

Others mentioned severe ice melting at the poles; Tasmania suffering record droughts and floods in consecutive years; record wildfires in the Arctic and an unprecedented two large cyclones in Mozambique in one year.

Gerald Meehl, a senior scientist at the US National Center for Atmospheric Research (NCAR) in Boulder, Colorado, told us he’d been anticipating changes like these for four decades, although he hadn't been certain when they would arrive.

“I have a sense of the numbing inevitability of it all,” he said.

Few of the scientists we contacted had faith that governments would do what was needed to rescue the climate in time.

They’re alarmed that global warming of just over 1C so far has already created a new normal in which historic temperature records will inevitably be broken more often. This is the predictable side of climate change.

Prof King argues that some changes were not well forecast.

What is the science behind extreme weather events?

The loss of land ice in Antarctica, for instance, is at the upper range of predictions in the IPCC AR5. And there are record ice losses in Greenland

Then there’s this year’s French heatwave.

Dr Friederike Otto from Oxford University is an expert in the attribution of extreme events to climate change.

She told us that in a pre-climate change world, a heatwave like this might strike once in 1,000 years.

In a post-warming world, the heatwave was a one-in-a-100 year phenomenon.

In other words, natural variability is amplifying human-induced climate heating.

“With European heatwaves, we have realised that climate change is a total game-changer,” she said. "It has increased the likelihood (of events) by orders of magnitude."

Researchers had not yet had time to investigate the links between all of the major extreme weather events and climate change, she said.

With some phenomena such as droughts and floods there was no clear evidence yet of any involvement from climate change.

And it was impossible to be sure that the slow progress of Dorian was caused by climate change.

'We can’t wait for scientific certainty'

Prof King said the world could not wait for scientific certainty on events like Hurricane Dorian. “Scientists like to be certain,” he said.

“But these events are all about probabilities. What is the likelihood that (Dorian) is a climate change event? I’m going to say ‘very high’.

“I can’t say that with 100% certainty, but what I can say is that the energy from the hurricane comes from the warm ocean and if that ocean gets warmer we must expect more energy in hurricanes.”

He continued: “If you got in a plane with a one in 100 chance of crashing you would be appropriately scared.

“But we are experimenting with the climate in a way that throws up probabilities of very severe consequences of much more than that.”

Pierre Friedlingstein from Exeter University said he'd been surprised by the onslaught of extreme weather. He said he expected extremes to happen as forecast by the IPCC - but had not expected them so quickly.

Prof King said the situation was so grave that the UK should bring forward its date for cutting emissions of greenhouse gases to almost zero from 2050 to 2040.

Some of the IPCC scientists we contacted didn’t share his urge to engage with the public on an emotional level.

Others agreed with him.

Prof John Church from the University of New South Wales in Sydney, Australia told us: "Some things appear to be happening faster than projected. This may be partially related to the interaction of climate change and natural variability as well as the uncertainty in our understanding and projections.

“In my own area of sea level change, things are happening near the upper end of the projections.

“What is scary is our lack of appropriate response. Our continued lack of action is committing the world to major and essentially irreversible change.”