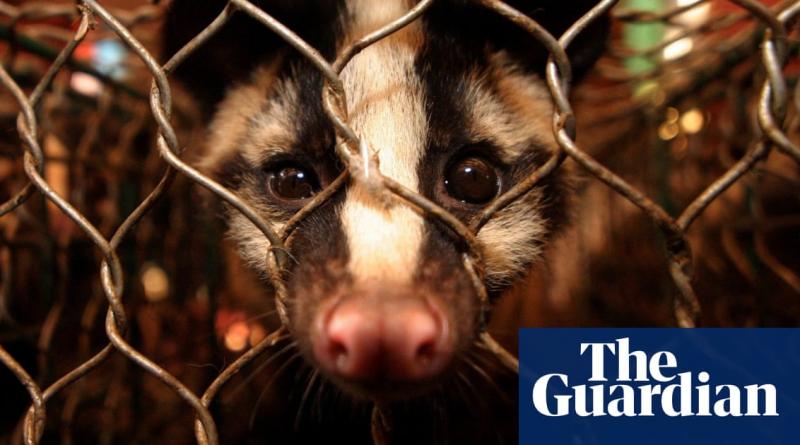 Covid has got experts thinking urgently about the risk of diseases passing from farmed animals to humans. We examine the major outbreaks of the past two centuries.

Pandemics almost always begin with the transmission of an animal microbe to a human,” writes biologist Nathan Wolfe in the introduction to The Viral Storm. This year has been, more than most, a manifestation of that fact.

This summer, several months after Covid-19 exploded into the world, the UN published a report looking more closely at our relation to zoonotic disease. Wildlife, and our increasing proximity to wildlife, is the most common source, but farmed animals are not only original sources, they can be transmission sources or bridging hosts, carrying the infection from the wild to humans. “Unsurprisingly, the vast majority of animals involved in historic zoonotic events or current zoonosis are domestic (livestock, domesticated wildlife and pets), which is logical as the contact rates are high.”

Here we look at the major outbreaks that have been linked to industrial farming over the last 170 years.

Transmission method: Bacterial, can be spread in milk from infected animals. It is passed between people via coughing or spit

Number of people and animals affected: Bovine Tuberculosis (M. bovis) is one part of the TB family, the leading global cause of death from a single infectious agent. There were nearly 1.5m TB deaths in 2018, but only about 143,000 cases of M. bovis related TB. Bovine TB remains endemic among cattle globally, and cattle found with the disease must be slaughtered

Milk provided vital fats and calcium to millions, with inner city dairies catering for the world’s still-developing urban populations. Variants of the tuberculosis bacterium had been identified by the 1880s, but for several critical years afterwards scientists disagreed over whether the form found in cattle could also be passed to humans. Meanwhile, hundreds of thousands were contracting TB, with its characteristic symptoms of coughing and blood in the sputum, by drinking milk carrying M. bovis: 65,000 people died between 1912 and 1937 in England and Wales alone. In 1900, it is estimated that about 10% of all TB deaths were due to M. bovis. As consensus grew that M. bovis could indeed be transmitted to humans, the drive to enforce the pasteurisation (heating) of milk gained strength, and became mandatory in New York City in 1910. The rest of the world was far far slower to catch on.

Region: The Netherlands experienced the largest ever outbreak. Q fever is found globally, commonly reported in France and Australia

Number of people and animals affected: By 2016, 74 people were reported to have died from the disease in the Netherlands after an outbreak began in 2007, with 50,000 people estimated to be infected. The Dutch government culled more than 50,000 dairy goats on 55 farms to control the spread of the disease

When Dr Edward Holbrook was asked to investigate the mysterious illness that had afflicted a handful of abattoir workers and dairy farmers in 1937 in Queensland, Australia, he gave it the provisional name Q Fever, with the Q standing for query. His report concluded that “there may be a reservoir of infection in some animal”, but noted that attempts to find that reservoir had so far failed. In 2007 there was a significant outbreak in an area of the Netherlands densely populated by humans and goat farms. The outbreak followed a period of rapid growth in the goat dairying population in the Netherlands and led to more than 4,000 human cases. An estimated 2% of the infected individuals were reported to have developed chronic Q fever in the months to years after symptomatic or asymptomatic infection.

First detected: First identified in cattle in 1985. In 1996 scientists link it to variant Creutzfeldt-Jakob disease in humans

Number of people and animals affected: 178 people in the UK have died of this diseasein the last couple of decades. Millions of cattle were culled

What turned into one of the UK’s biggest public health crises of the century started when BSE, a neurological disorder caused by an unusual transmissible agent called a prion, began appearing in cattle in the 1970s. The main cause was identified as animal feed including meat and bone meal (MBM) from rendered, and in some cases infected, cows. More than 100,000 cattle were confirmed infected. The practice of using MBM was banned in 1988, but as the disease progressed, scientists began to link it to a rare illness called Creutzfeldt-Jakob disease (CJD). The BSE-linked version was named variant CJD: it could manifest many years after eating the infected meat, led to a number of painful symptoms, and was in a number of cases fatal.

Number of people and animals affected: H5N1 continues to infect and kill hundreds of people, with more than 800 reported cases and 400 deaths between 2003 and 2019

Avian influenza or “bird flu” occurs naturally throughout the wild bird population, but until the 1990s few had suspected that it might transfer to humans. So when a three year-old boy died of respiratory failure in Hong Kong in 1997, it was initially thought to be viral pneumonia.

But within months, in a move that sent shockwaves across the medical world, it was identified as a highly pathogenic strainof bird flu: H5N1. Six people are known to have died in that outbreak, which came one year after an outbreak of H5N1 in farmed geese in China had led to more than 300 million geese being slaughtered in an attempt to control the disease. Human-to-human transmission and fatality has been reported in a number of Asian countries, but the majority of human cases of H5N1 have been associated with direct or indirect contact with infected live or dead poultry.

Transmission method: Viral, mainly from pigs, but can be transmitted between humans via intimate contact

Region: Came to light in Malaysia. Subsequent outbreaks in Bangladesh and eastern India

Number of people and animals affected: The initial outbreak saw 105 deaths, and led to the culling of almost 1 million animals

The sudden emergence of a new disease in Malaysia in 1999 caused panic. Initially, human deaths in the small village of Sungai Nipah were thought to have been caused by Japanese encephalitis. But the realisation that the illness was jumping directly from pigs meant that villagers fled, and the army eventually moved in to cull the abandoned animals. The events helped to inspire the Hollywood movie Contagion. The disease, it emerged, had transferred from bats to pigs, in which it was only a mild disease. But from infected pigs it was then a relatively easy jump to the humans that tended them. In humans the disease can cause acute respiratory infection and fatal encephalitis, and has an estimated case fatality rate of 40–75%.

Transmission method: Viral, spreads via close human contact through infected droplets from a cough or sneeze. Passed from animals to humans through close contact, butchering or consumption of undercooked infected meat in parts of southern China

Number of people and animals affected: There were only about 8,500 cases before the epidemic was stamped out; with a fatality rate of 10–11% over 800 people died. Thousands of farmed civets were culled

The first Sars outbreak was an early warning sign of the lethal dangers of coronavirus jumping from animals to humans. It is believed to have originated in bats before being transmitted to humans through an intermediate host species, the masked palm civet. China initially kept quiet about the outbreak, but subsequently apologised for the delay. Scientists were able to track the virus back to horseshoe bats, who passed the virus on to masked palm civets, which are sold in Chinese markets and also farmed. The virus spread around the world, but governments took rapid action, and the epidemic was declared contained by July 2003.

Transmission method: Direct or indirect contact with infected live or dead poultry. Infected birds shed avian influenza virus in their saliva, mucous and faeces. The World Health Organization (WHO) believe there may also have been human-to-humantransmission

Region: Netherlands, but there have been subsequent outbreaks elsewhere

Number of people and animals affected: As many as 2,000 people may have been infected, with human-to-human transmission happening on a much larger scale. In the Netherlands alone the outbreak spread to more than 250 poultry farms and led to a quarter of the country’s poultry flock (30 million birds) being culled

H7N7 is another example of a highly pathogenic avian influenza virus jumping to humans. In late February 2003, in the eastern province of Gelderland, poultry workers began falling ill. In April a 57-year-old veterinarian, who had attended one of the affected farms, fell ill with acute respiratory distress and died. H7N7 appears periodically in birds in other countries, including in England, China and Spain.

Transmission method: Viral, airborne, spread between humans through infected droplets from a cough or sneeze. Earlier strains of the H1N1 virus passed from animals to humans through close contact with infected meat, such as at slaughterhouses

When swine flu was identified in humans in California in April 2009 events moved fast. By April 24 the US’s Centers for Disease Control and Prevention had uploaded the gene sequence of the virus to the internet, and by early May schools were being shut down. In June the WHO declared a pandemic. The disease, which appears to have made the jump to humans in Mexico, quickly spread to the rest of the world. The majority of deaths have occurred in south-east Asia and Africa. Research has suggested the development of the virus was aided by the live export trade in pigs between the US and Mexico, before it eventually jumped to humans.

Transmission method: Viral, spreads through direct or indirect contact with infected animals and between humans via infected droplets such as in a cough or sneeze

Region: First cases in Saudi Arabia, now spread to at least 27 countries, including the UK

Number of people and animals affected: More than 2,400 cases with least 912 human deaths

When Dr Ali Mohamed Zaki identified Mers after a patient in his care in Saudi Arabia died, a row blew up about the way he alerted the world. Zaki claims he was a whistleblower who was effectively forced to flee to Egypt, but the Saudi authorities argue that as soon as they were alerted they took appropriate emergency action to deal with the outbreak. The emergence of the illness was linked to rapid growth in the camel population in Saudi Arabia – kept mainly for meat and milk – since the 1960s. MERS has a case fatality rate of 35%.