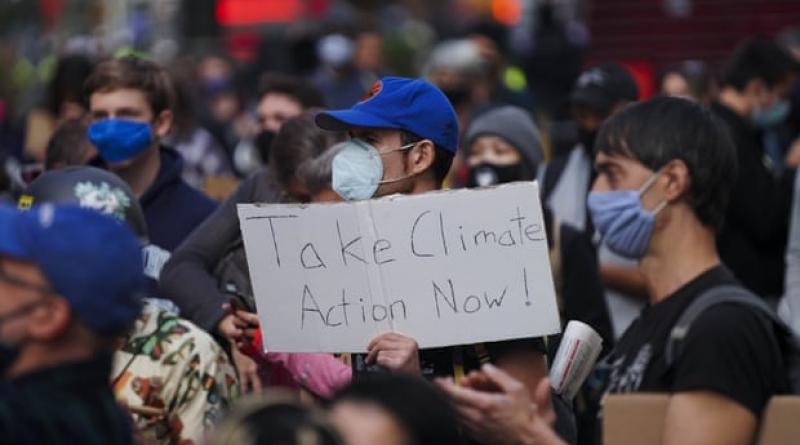 Facebook blames mistake in system for restrictions on groups including Greenpeace USA.

Facebook has suspended the accounts of several environmental organizations less than a week after launching an initiative it said would counter a tide of misinformation over climate science on the platform.

Groups such as Greenpeace USA, Climate Hawks Vote and Rainforest Action Network were among those blocked from posting or sending messages on Facebook over the weekend. Activists say hundreds of other individual accounts linked to indigenous, climate and social justice groups were also suspended for an alleged “intellectual property rights violation”.

The suspended people and groups were all involved in a Facebook event from May last year that targeted KKR & Co, a US investment firm that is backing the Coastal GasLink pipeline, a 670km-long gas development being built in northern British Columbia, Canada.

The suspensions, the day before another online action aimed at KKR & Co, has enraged activists who oppose the pipeline for its climate impact and for cutting through the land of the Wetʼsuwetʼen, a First Nations people.

“Videos of extreme violence, alt-right views and calls for violence by militias in Kenosha, Wisconsin, are allowed to persist on Facebook,” said Delee Nikal, a Wet’suwet’en community member. “Yet we are banned and receive threats for permanent removal, for posting an online petition.”

Many of the accounts have now been restored, but a handful are still blocked, with no fuller explanation coming from Facebook.

In a statement, a Facebook spokesperson said: “Our systems mistakenly removed these accounts and content. They have since been restored and we’ve lifted any limits imposed on identified profiles.”

The suspensions came just a few days after the social media giant said it was launching a “climate science information center” to counter widely shared but misleading posts that reject the established science of the climate crisis.

“We’re committed to tackling climate misinformation,” Facebook said in astatement that also outlined its own efforts to reduce its own net greenhouse gas emissions to zero this year. The information center will include posts from trusted scientific sources, rated by fact-checkers.

“As with all types of claims debunked by our fact-checkers, we reduce the distribution of these posts in News Feed and apply a warning label on top of these posts both on Facebook and Instagram so people understand that the content has been rated false,” the company said.

But climate organizations have questioned whether Facebook is doing enough to cut down on untruths about the climate crisis that are spread across the site. In 2018, for example, a video that denied that human activity was driving the climate crisis was shared on Facebook and viewed 5m times.

Articles and videos about climate change can be deemed opinion, meaning under Facebook guidelines they can’t be blocked by its factcheckers. This loophole meant that that this month the CO2 Coalition, a group that argues more carbon dioxide is good for the planet, managed to overturn a factcheck on an article that attacked the accuracy of climate models. A factcheck rated the piece as “false” but it was published by Facebook when labelled as opinion.

“Actions speak louder than words and once again Facebook has taken actions that are in stark contrast to public statements from the company,” said Elizabeth Jardim, senior corporate campaigner at Greenpeace USA.

“The recent bans targeting people fighting to save their communities from climate change and the continued exploitation of fossil fuel companies show us that when push comes to shove, Facebook will side with polluters at the cost of their users’ trying to organize.”

‘Green’ billionaires behind professional activist network that led suppression of ‘Planet of the Humans’ documentary.