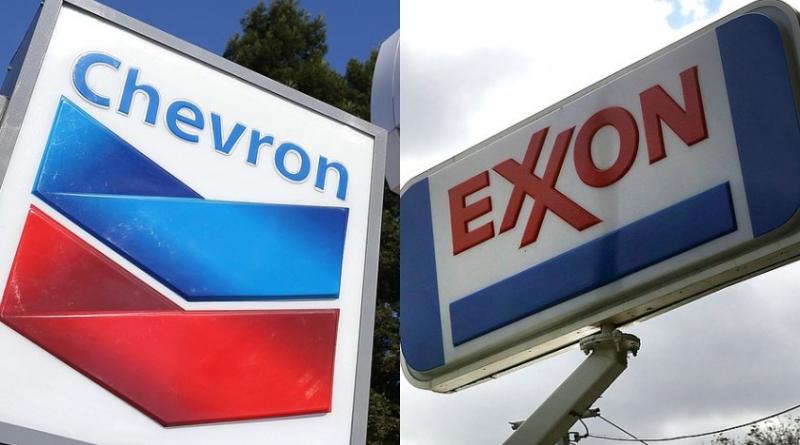 HOUSTON (Bloomberg) --Exxon Mobil and Chevron’s unwillingness to venture beyond their core oil and gas business will face a test Wednesday when shareholders vote on climate change proposals at both oil companies’ annual meetings.

The U.S. oil majors have typically enjoyed an easier ride from investors on environmental issues compared with their European rivals. But pressure is building from some investment managers, especially after Royal Dutch Shell and BP recently made significant shifts to address investor concerns.

"I don’t think they’re doing nearly as much as the majors in Europe are," said Brian Rice, a fund manager at the California State Teachers’ Retirement System, which manages about $230 billion including Exxon and Chevron shares. "Alternative energy, to me that’s the future."

There’s still a big difference between the U.S. and European oil majors over how they deal with investors’ climate concerns. For example, BP’s board this month supported a proposal that it disclose how the company’s investments are compatible with the Paris climate accord. Exxon, by contrast, asked the Securities and Exchange Commission to strike a similar proposal off the ballot―a wish that was granted.

Yet U.S. energy companies can’t afford to be complacent. The New York State Common Retirement Fund and the Church of England criticized Exxon’s plea to the SEC and vowed to vote against all the company’s directors at its meeting. They’re urging other shareholders to do the same.

Exxon’s “inadequate response to climate change constitutes a serious failure of corporate governance,” they said in a filing earlier this month. The oil giant said in response that its board already holds at least one session a year dedicated to climate issues and already discloses the likely effects on its business.

Representatives from Exxon and Chevron didn’t respond to requests for comment.

The two funds, which are working with the Climate Action 100+ group of investors who oversee $32 trillion in assets, also urged shareholders to vote in favor of the establishment of a climate change board committee. Chevron investors will vote on the same proposal.

Exxon CEO Darren Woods and his counterpart at Chevron, Mike Wirth, are both reluctant to embrace wind and solar power to replace oil and gas because renewables generally offer lower shareholder returns while also offering their companies little in the way of a comparative advantage. They claim they can increase oil and gas production even if fossil fuel demand shrinks, because they aim to have the lowest-cost assets that will be economic, regardless of commodity prices or policy environment.

Woods this month announced a partnership with the Department of Energy to make new discoveries in the clean energy space. “We’re working on a solution that doesn’t exist but is needed,” he said at the time. “Somebody needs to be doing that."

Aside from climate change, Exxon and Chevron also face another potentially controversial vote: Whether to split the roles of chief executive officer and chairman once the incumbents step down. Both boards recommend investors reject the idea, but Institutional Shareholder Services and Glass Lewis, two leading shareholder advisory firms, pledged their support for the idea.