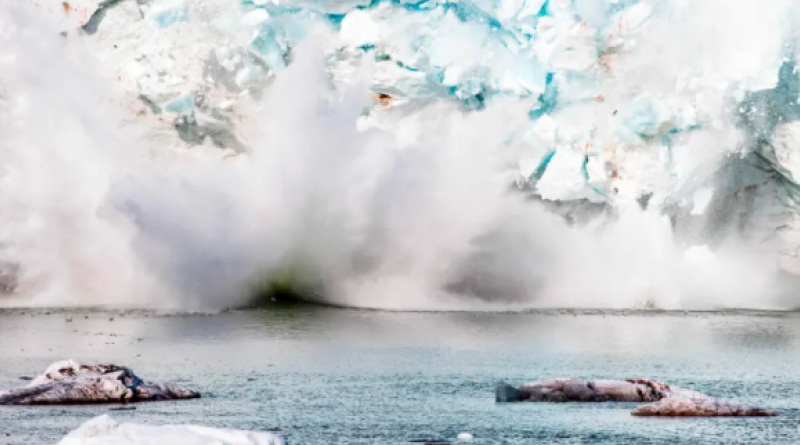 Coastal areas in lower latitudes likely to be worst affected

Extreme sea level events will become 100 times more frequent by 2100 across many parts of the world as a result of rising global temperatures, a new study has warned.

Scientists predict the phenomenon, which is caused by a combination of tide, waves and storm surge, will move from being a once-in-a-century event to an annual occurrence. Coastal areas in lower latitudes will be particularly vulnerable to this change, they added.

The regions which will be hardest hit include the southern hemisphere, the Arabian peninsula and the southern part of North America’s Pacific coast, while locations on Asia’s Pacific shoreline will be less badly affected.

Of the 7,283 spots examined in the study, it is thought that around half are likely to see a 100-fold increase in extreme sea level events by the close of the century.

However, the international team of researchers said many areas could experience this by as early as 2070.

Claudia Tebaldi, a climate scientist at the US Department of Energy who led the project, said a slight increase in global temperatures would have profound consequences.

“One of our central questions driving this study was this: how much warming will it take to make what has been known as a 100-year event an annual event? Our answer is, not much more than what has already been documented,” she explained.

She and her colleagues estimated that a rise of 1.5 or 2 degrees above pre-industrial levels - equivalent to a jump of 0.5 or 1C from current averages - would have “substantial effects” on the frequency and the magnitude of such events.

However, they admitted there are uncertainties, since their modelling produced a large disparity between its best- and worst-case scenarios. Under one prediction, 70 per cent of locations would not register a large change with a 5C temperature spike, while in the other a 1.5C rise would lead to 99 per cent of places experience a large shift by 2100.

The authors of the paper, which is published in the journal Nature Climate Change, have called for further research into the specific effects that rising sea levels will have on particular communities.

Their study comes after the UN’s Intergovernmental Panel on Climate Change (IPCC) published the first part of a landmark report last month, which unequivocally blamed humans for the climate crisis.

Dr Bob Kopp, who wrote part of the report, said: “Regardless of how quickly we get our emissions down, we’re likely looking at about 15-30cm (six-12 inches) of global average sea level rise through the middle of the century.”

“Beyond 2050, sea level projections become increasingly sensitive to the emission choices we are making today,” he added.

Up to 410 million people at risk from sea level rises – study.

Sea level rise could be worse than feared, warn researchers.