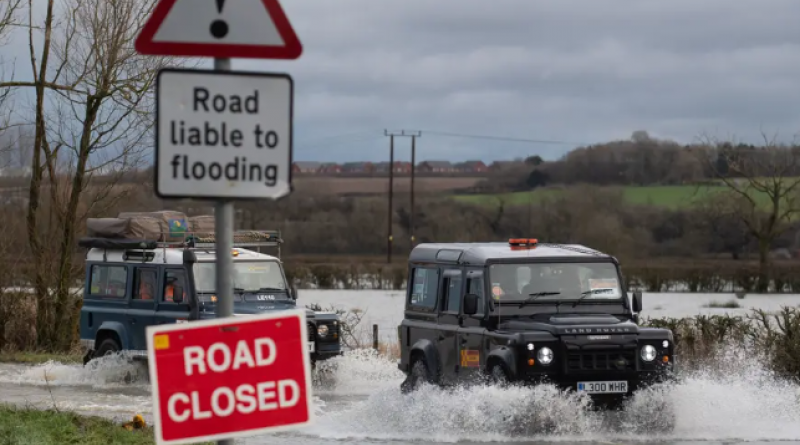 Record-breaking rain and “days with extreme rainfall accumulations” will occur more often this century because of climate change, UK weather scientists have warned.

The Met Office said in a study that record rainfall experienced on 3 October last year would have been a one-in-300-year event in a world without human-induced warming.

Dr Nikos Christidis, a senior Met Office climate scientist, said: “Our study shows that in a medium emissions scenario these sorts of rainfall extremes could become much more frequent, reinforcing the need to plan for the consequences of a warming global climate.

“We are also now starting to see how more frequent extreme rainfall events are already impacting the UK, showing that human induced climate change is already having an impact on the weather we experience in the UK.”

The research also found that 3 October 2020 was provisionally the UK’s wettest day in records stretching back to 1891.

Widespread downpours resulted in average rainfall across the entire UK of 31.7mm — in total, more than enough rain in a single day to to fill Loch Ness, the largest lake in the UK by volume at 7.4 cubic kilometres of water.

The rainfall came on the back of Storm Alex, which caused disruption across Europe, especially south-east France and north-west Italy.

In a warming climate the atmosphere can hold more water, and wet extremes would therefore be expected to become more intense, the dtdy found.

The Met Office study is published in Atmospheric Science Letters.

It comes as the UK prepares to host the Cop26 climate summit in Glasgow this autumn.

The government has been told it must be clearer about its goals for the talks in November, with Darren Jones, the Labour chair of the Commons’ business, energy and industrial strategy committee urging ministers to ensure the preparations are fully resourced.

At the same time, the public accounts committee warned that Britain still had “no plan” for reaching net zero for carbon by 2050, two years after the goal was written into law.

'It's over for us': how extreme weather is emptying Bangladesh's villages.