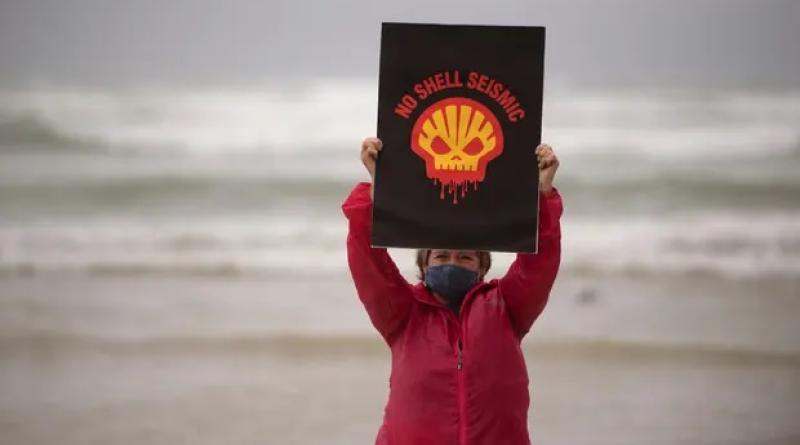 Europe’s biggest banks led by HSBC, Barclays and BNP Paribas have provided £24bn to oil and gas companies that are expanding production less than a year since pledging to target net zero carbon emissions, data shows.

Banks have acknowledged that they have an important role in the transition away from fossil fuels, and last April many signed up to the United Nations-backed Net-Zero Banking Alliance (NZBA), which requires they set targets to reduce carbon emissions.

However, analysis by campaign group ShareAction showed that 25 banks that signed up to reduce emissions have provided $33bn (£24bn) in loans and other financing to 50 companies with large oil and gas expansion plans. The oil companies include America’s ExxonMobil, which has tried to defy shareholder demands to cut emissions, state-owned oil company Saudi Aramco and London-listed Shell and BP who have made huge profits from gas price increases in recent months.

Since 2016, the European banks have provided financing worth $406bn.

Climate scientists and economists have warned that stopping expansion of oil and gas production is vital to reducing global carbon emissions, the key driver of the climate crisis. The International Energy Agency last May said no new oil and gas fields should be exploited to give the world a chance of reaching net zero by 2050 and avoid global heating of more than 1.5C above pre-industrial levels.

There is also a growing consensus in the investment community that oil and gas assets could be financially damaging investments – although there are also likely to be many profitable opportunities for those willing to ignore criticisms.

Highlighting the pushback from international investors keen to limit the costs of shifting away from fossil fuels, a report last week by the accountants EY found that 70% of UK firms admit they have encountered resistance from investors and shareholders about their plans to reduce emissions, with 42% saying their shareholders want them to wait for competitors to act first.

Xavier Lerin, ShareAction’s senior research manager, said: “If oil and gas demand decreases in line with 1.5C scenarios, prices would fall and assets become stranded. On the other hand, if demand did not fall enough to limit global warming to 1.5C, the economy would suffer from severe physical climate impacts. Either way, value will be destroyed for energy companies, banks and their investors.”

More than half ($19bn) of the financing since the net zero agreement came from four of alliance’s founders. They were London-headquartered HSBC and Barclays, France’s BNP Paribas and Germany’s Deutsche Bank.

HSBC, Barclays and BNP Paribas also provided the most finance to these companies since 2016, at $59bn, $48bn and $46bn respectively.

A spokesperson for the NZBA secretariat, based in the United Nations, said that members who joined the alliance in April 2021 were due to set their first 2030 targets in the autumn of 2022, focusing on the biggest polluters including oil and gas companies. Targets must “align with no/low-overshoot 1.5°C transition pathways as specified by credible science-based climate scenarios”, the spokesperson said.

A spokesperson for HSBC said the bank would publish science-based targets for oil, gas and power companies on 22 February. “We are committed to working with our customers to achieve a transition towards a thriving low carbon economy,” they said.

A Barclays spokesperson said the bank had set “a target for a 15% absolute reduction in our financed emissions from energy, including coal, oil and gas, by 2025”, as well as restrictions on fossil fuel exploration in the Arctic, as part of an “ambition to become a net zero bank by 2050”.

A BNP Paribas spokesperson said it had financed mainly “European energy companies that are largely committed to transitioning their model” and who would “accelerate transition by developing renewable energy and other transformative solutions”.

The spokesperson added that there had been a “significant decrease in the support granted by BNP Paribas to oil and gas players in 2021 compared to 2019”, but that there was a “totally atypical” need for extra financial support during 2020.

A Deutsche Bank spokesperson said carbon-intensive sectors were “only a small share of our loan book” and less than peers. The bank would have an “intense dialogue with clients to move from high-carbon business models towards low and no-carbon ones”, the spokesperson added.

Banks ‘being let off hook by weak climate regulation’