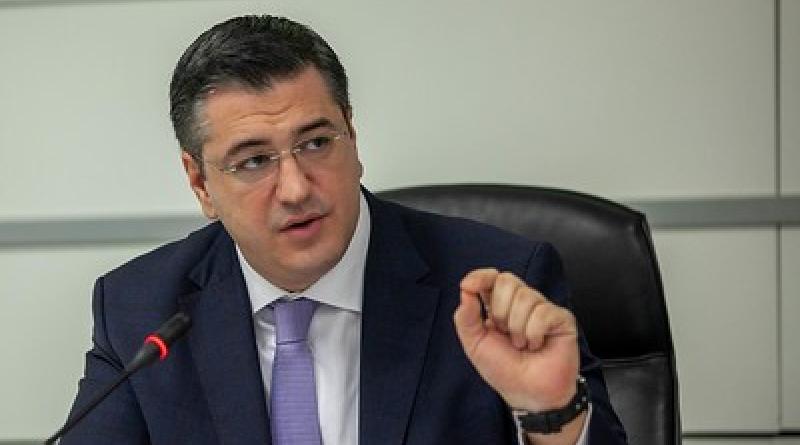 The President of the European Committee of the Regions has called on the EU to set out a 5-year action plan to ensure all regions and cities are supported in achieving climate neutrality. President Apostolos Tzitzikostas said that monitoring, investment and support in the short-term at regional level were necessary to ensure Europe is on track to deliver its Climate Law, just unveiled by the European Commission, which would legally commit the EU to being climate-neutral by 2050.

​The President of the European Committee of the Regions, Apostolos Tzitzikostas, said, "Regions and cities support the goal of a carbon-neutral Europe by 2050, having long recognised the urgency to tackle climate change. They are accelerating efforts locally but need short-term support, not only long-term ambition. Monitoring efforts not only at national level, but at regional level, is fundamental to ensure every region and city is on track. This must be coupled with significant investment that supports every region, city, town and village, especially those heavily reliant on coal. The Committee calls for additional direct funding for those cities and regions whose climate plans are in line with the EU's ambition. Member states must now urgently agree the EU's long-term budget so it delivers on its climate ambitions tackles regional disparities and ensures every corner of Europe benefits from digitalisation. We must act now and together, by launching a 5-year action plan that supports every region and city if we are to make neutrality a reality and deliver growth for all."

Juan Espadas (ES/PES), Mayor of Seville and newly appointed Chair of the Commission for the Environment, Climate change and Energy (ENVE) and of the Green Deal Working Group, said: "If the European Commission is serious about making the European Climate Law the heart of the European Green Deal, then we need to make sure that cities and regions are involved because such a transformation cannot happen without their commitment. But to deliver immediate change and win the climate battle, we need more than just targets. We need more financial resources from the European Union and public spending flexibility so local investment in the insulation of houses and schools or in clean public transport can really take off. At the European Committee of the Regions, we will work relentlessly for a Climate Law that is ambitious and socially fair, while continuing to act every day on the ground with our citizens to build a just transition that leaves no people and no regions behind."

The European Committee of the Regions shares the goal of climate neutrality by 2050 and wants an integrated approach, with adaptation strategies linked to National Energy and Climate Plans (NECPs). Effective tracking of progress is key to the visibility, transparency and ownership of efforts to reach climate-neutrality. Data should be collected and mapped at the regional level and be publically available in an open observatory platform [1].  The Committee also highlights the importance of Multilevel Climate and Energy Dialogues and is ready to cooperate with all relevant institutional partners, with a view to maximising the impact and quality of multilevel governance mechanisms in all Members States.
​

On 27 February, the European Committee of the Regions appointed Rafał Trzaskowski (PL/EPP), Mayor of Warsaw, as rapporteur on the 'Climate Pact' and Juan Manuel Moreno Bonilla (ES/EPP), President of the region of Andalusia, as rapporteur on the 'European Climate Law'. The first will be adopted during the plenary session on 1-2 July 2020 while the second is to be adopted at the plenary session on 12-14 October.

[1] Point 3 – A Clean Planet for all, opinion by rapporteur Michele Emiliano (IT/PES), President of the Puglia Region and Implementing the Clean Energy Package: the NECPs as a tool for local and territorial governance approach to climate, active and passive energy, opinion by rapporteur József Ribányi (HU/EPP), Member of the County Council of Tolna Megye.

European Comitee of the Regions

Everyone, everywhere: the global challenge of climate change.