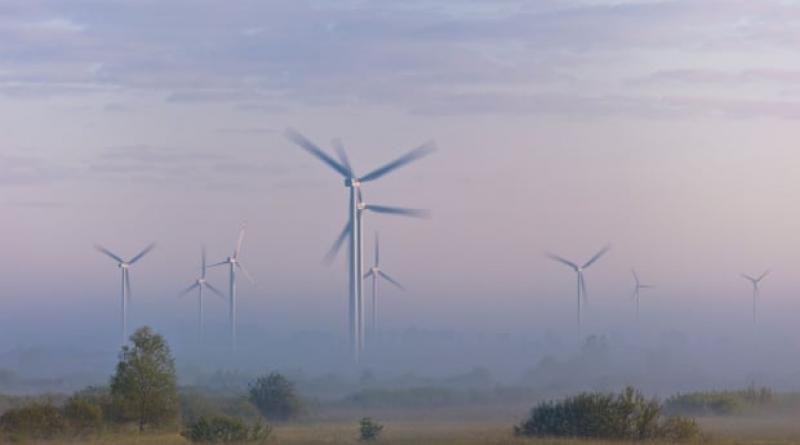 Offshore wind capacity in the EU “should be multiplied by 25 times by 2050” as the European Commission looks for all possible ways of boosting the share of renewables in energy consumption, according to a draft policy document seen by EURACTIV.

Correction: A previous version of this article incorrectly stated that the EU would aim for a 250% growth in offshore wind by 2050.

The projected rise in offshore wind is highlighted in a leaked draft of the European Commission’s offshore renewable energy strategy, due to be presented on Wednesday (19 November).

The North Sea, the Baltic, the Atlantic, the Mediterranean and the Black Sea all have potential for greater deployment of wind turbines, with the North Sea currently holding the world’s top spot for offshore wind.

“The wind industry stands ready to deliver on the challenging and ambitious expansion targets. Wind is cheap and scalable,” said Ivan Pineda, director of public affairs at WindEurope, an industry group.

However, he said the industry needs a revamped policy framework to sustain this kind of growth.

The offshore strategy is being discreetly pushed by Germany, which currently holds the rotating EU Council presidency and has the biggest stake in the market after it started boosting its stalled wind market with a new offshore plan in 2019.

It comes as the Commission looks to increase the EU’s renewables target up to 38-40% of the bloc’s energy consumption – roughly double today’s share – in order to meet the bloc’s updated 2030 climate goals.

“The Commission estimates that an installed capacity of 300 GW of offshore wind, and around 60 GW of ocean energies, by 2050 would be needed in the integrated, greener and climate neutral energy system of 2050,” the EU executive says in the draft document.

This rapid increase is expected to cost €789 billion overall while creating 62,000 jobs in the offshore wind industry, the document adds, saying this is “feasible” but also “very challenging”.

Funding is expected to come from several channels, including national pandemic recovery plans, with public funding shouldering some of the market risks. An upcoming revision of  EU state aid guidelines for energy projects, due next year, will also give national governments more leeway to finance offshore projects.

The strategy foresees member states working across borders to scale up offshore wind. However, legislation for these hybrid sites is still in its infancy and investment is difficult because of complicated cross-country negotiations.

There is only one example of a hybrid site, where unlike most windfarms, turbines are connected to more than one country or share transmission infrastructure. Kriegers Flak, an offshore windfarm located between Germany and Denmark, has to operate under a transitional arrangement because of lacking EU legislation.

The Commission is proposing a framework for these and wants hybrid projects to form an “intermediate step between smaller scale national projects and fully meshed offshore energy system and grid”.

“We need an enabling framework to invest, operate and cooperate in offshore hybrids. And we need it by 2021,” Pineda said. “There are projects in the pipeline waiting for this. The current EU rules puts offshore hybrids at a disadvantage against regular offshore wind and interconnector projects,” he told EURACTIV.

Part of the Commission’s strategy to boost hybrid usage is to create offshore electricity bidding zones to ensure power generation is integrated into the EU electricity market and used across Europe.

However, Pineda said offshore bidding zones won’t automatically solve the issues facing hybrid projects, saying they do not offer investment certainty by themselves.

“The European Commission should clarify how congestion rents from the interconnector of the offshore hybrid can be distributed between transmission system operators and wind farm owners,” he said. “Without this, offshore bidding zones won’t drive projects forward,” he explained.

The EU strategy aims to address the whole value chain of offshore wind, including part manufacturing and the development of port infrastructure onshore.

WindEurope says more emphasis is needed on building ports which require storage space for blades that now reach over 100m, reinforced quaysides and deep berths. Scaling up of grids onshore are also an integral part of the offshore value chain, WindEurope says.

“We must not forget to make the necessary investments onshore – in onshore grid connections and crucially in ports, the hubs for offshore wind development,” said Pineda.

The Commission acknowledges this, saying “grid development has longer lead times (typically 10 years or more) than the offshore power generation itself, highlighting the need for forward-looking grid investment.”

In terms of technology, the draft EU strategy sees a scale-up in both classic fixed-bottom turbines and newer floating turbines which are now coming to the market.

Floating turbines enable wind farms to be installed in deeper waters, because they are not  immediately fixed to the seabed. They are a new technology compared to fixed-bottom turbines, with the first site opening in Scotland in 2017 and the second in Portugal in 2019.

These floating wind farms could employ 318,000 people and provide electricity for 145 million households by 2030, according to a report in 2013 by WindEurope.

The continuation of research and development into floating wind technology is acknowledged in the draft strategy, but the industry is calling for scale-up finance for larger demonstration projects to further reduce the cost of the technology.

A key objective of the draft offshore strategy is to maintain the EU’s global leadership in the sector.

The EU is currently a world leader in offshore wind power, with 42% of global offshore capacity currently installed in Europe.

“Offshore wind is a story of an undisputed European technological and industrial leadership,” the document says, noting that the world’s first offshore wind farm was installed in Vindeby, off the southern coast of Denmark, in 1991.

Yet, Europe’s leadership is now increasingly being challenged by China and India, the Commission adds, noting that “nearly half of global offshore wind investment in 2018 took place in China”.

As such, “the EU must take a more resolute approach when it comes to promoting its interests through trade policy,” the document states, noting that some countries have imposed local content requirements and other “discriminatory regulations in order to promote domestic industries”.

“Free Trade Agreements and international collaboration should strive for undistorted trade and investment and ensure reciprocity of market access, but also factor in the need for the convergence of norms and standards,” the strategy says.

Closer to home, the EU now also faces growing competition from the UK, which is looking to increase its offshore fleet, while in the US the upcoming Biden Administration is expected to relaunch policy measures to boost wind technology in America.

“This means competition for Europe” said Pineda. “But it also means innovation, learning and collaboration. It will make offshore wind even more competitive.”