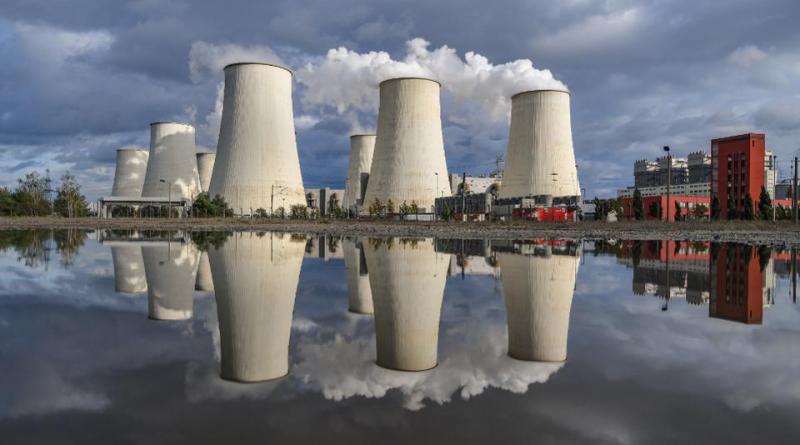 The European Commission this week reinstated a €6.3 billion British capacity market designed to maintain stable electricity supply, after it was suspended one year ago amid accusations of discriminating against renewable energy.

Climate campaigners say the decision will allow EU countries to subsidize fossil fuels through such capacity mechanisms - even if such subsidies are banned at EU level. Capacity markets act as an auction for government contracts, designed to make sure there is never a lull in energy supply.

The case was brought by British flexibility services provider Tempus Energy, which uses artificial intelligence to allow consumers to reduce energy costs by enhancing their use of renewables through things such as feed-in tariffs. They argued that the U.K.’s capacity mechanism discriminates against energy consumers who want to deliver energy demand services to the grid because of the short length of the contracts offered for demand-side response services, compared to the long contracts offered to big new-build plants of 15 years.

But on Thursday the Commission announced its year-long investigation had yielded no evidence that the scheme violates EU state aid rules. In relation to the complaint, the Commission said it found no evidence that the capacity market puts any particular category of energy provider at a disadvantage in bidding for payments. The British government says the market will now be reinstated.

Even though the U.K. is set to no longer be subject to EU rules by 2021, the case has wider implications for the EU as a whole. Brussels-based climate activists are battling against these capacity mechanisms across Europe, and had pinned much hope on this case to set precedent for stopping them from being a back door to subsidize fossil fuels like coal, oil and gas.

With the Commission’s ruling that such payments don’t violate EU state aid rules, campaigners will shift their focus to convincing the EU executive and the European Parliament to change the rules. Loopholes in EU legislation could see some coal plants receive public subsidies until the late 2030s.

Campaigners say there is no evidence that these capacity markets actually guarantee security of supply. "Capacity markets are often used as a loophole to continue subsidising fossil fuels,” said Joanna Flisowska, Coal Policy Coordinator at Climate Action Network (CAN) Europe. “Despite the U.K.'s commitment to phase out fossil fuel subsidies ten years ago, the U.K. provides €12 billion each year through tax breaks and budgetary transfers alone, more than any other EU state."

“There's also no sufficient evidence that capacity markets are needed to keep the lights on,” she added. “The European Commission needs to review the wide-spread use of capacity mechanisms across the EU and prevent them from serving as a lifeline to fossil fuels."

Campaigners are particularly concerned about the capacity mechanism in Poland, which is supporting uneconomical power plants with up to €14 billion in payments between 2016 and 2030 according to a study by Greenpeace. Future capacity mechanisms in the EU total an estimated €26 billion up to 2040. About 98% of the money going to fossil fuel and nuclear plants - and 66% is going to coal plants alone. Greenpeace says the fact that the subsidies are supporting uneconomical plants means the schemes have added almost €33 billion to energy bills in the EU since 1998.

In March of this year Tempus Energy launched an EU legal challenge against Poland’s electricity capacity market, using the same argument as its U.K. case. The Commission approved the Polish capacity market last year. In its first auction the government awarded 22,4 GW with capacity payments, out of which 80% benefited coal and lignite power plants, which will be able to receive public subsidies from 15-year contracts.

“To date the vast majority of Polish capacity contracts have gone to coal power plants, allowing them to receive public subsidies until the late 2030’s, while coal has to be phased out by 2030 at the latest if the EU is serious about achieving the Paris Agreement goals,” said Flisowska. “Coal companies should not be given unfair advantage, particularly when human health and our ability to address dangerous climate change is at stake.”

Fossil fuel support is rising again in a threat to climate change efforts.