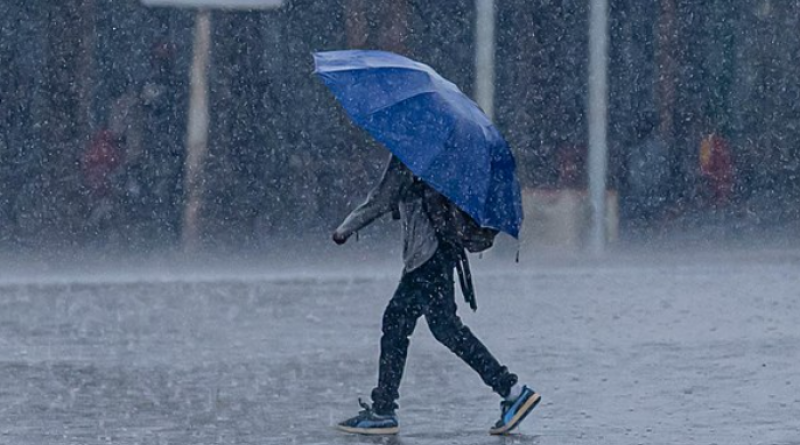 This story includes details about the impacts of climate change that may be difficult for some readers. If you are feeling overwhelmed by this crisis situation here is a list of resources on how to cope with fears and feelings about the scope and pace of the climate crisis.

With Canada’s East Coast grappling with the effects of an “unprecedented” storm and British Columbia on alert for another 10 days of heavy weather, the House of Commons held an emergency debate Wednesday night that focused largely on the country’s poor state of readiness for climate impacts.

“If the last year has shown us anything, it’s the impacts of climate change are here sooner than expected and they’re devastating,” Prime Minister Justin Trudeau told the House, promising to throw “the full power of government and the entire force of our commitment behind real, meaningful climate action.” That promise will include increased funding to municipalities through the Disaster Mitigation and Adaptation Fund, the Toronto Star reports.

“This is not about bad weather. This is about whether human civilization can survive,” said Saanich-Gulf Islands MP and former Green Party leader Elizabeth May, adding that her husband’s farm was sheltering climate refugees for the second time this year.

“No issue could be more riveting,” May said. “The stakes could not be higher.”

After the Environment Canada weather office in Gander, Newfoundland predicted an “unprecedented” severe rainstorm, with the Port aux Basques region due to see 150 to 200 millimetres of rain Tuesday and higher terrain receiving 300 millimetres, CBC reported towns cut off Wednesday with the Trans-Canada Highway washed out in four places. Local residents and officials were watching waterways and storm sewers for possible overflows and reporting problems with damaged and washed-out roads. Ferry service between Port aux Basques and North Sydney, Nova Scotia was cancelled Wednesday, leaving some travellers stranded.

The Globe and Mail reports a “trail of destruction” from Newfoundland and Labrador to Cape Breton, with close calls in an Antigonish trailer park and power lines expected to be down for weeks.

The storm “just came so fast and so heavily, the ground couldn’t absorb all that water,” said Antigonish Mayor Laurie Boucher. “The weather patterns are so unpredictable now. We’re seeing the effects of climate change… in the past, we probably wouldn’t have seen this at this time of year. Normally, this would have been a snowstorm.”

Boucher said communities have only limited budgets for the new flood management infrastructure they now need. “We need to be ready in the future for these kind of storms, and we need to try to mitigate the effects of this erratic weather,” she said.

Crews in Cape Breton were working to restore damaged roads, with residents facing hours-long detours where bridges were washed away, CBC says. “We’re working as fast and as safely as possible,” Victoria County emergency coordinator Lyle Donovan. “It’s all about being safe and getting access to people as quickly and as fast as possible, but we have to be safe when we’re doing it.”

In the House, politicians of all stripes seemed attuned to the climate message in the multiple simultaneous emergencies, with the Star reporting that Conservatives, Greens, and New Democrats all requested the emergency debate.

“Time is not on our side,” said Abbotsford MP and former CPC environment critic Ed Fast. “These kinds of events will occur with increasing regularity. The effects of a changing climate are becoming increasingly self-evident.” In his own home community, “we all knew what the risks were and should have seen it coming,” he added, “but nothing substantive was ever done about it.”

Now, “the scene in Abbotsford is one of unimaginable destruction,” Fast told Politico’s Ottawa Playbook newsletter. “Countless families have been displaced, dikes have been breached, pump stations overwhelmed, and untold property lost as the carnage swept across our city, and yet I am grateful to live in Abbotsford.”

“Sewer systems are not working, there is no water. In many places, there is no gas or electricity and, thus, no heat,” said CPC environment and climate critic, GreenPAC endorsee, and Central Okanagan-Similkameen-Nicola MP Dan Albas. “Each night the temperature drops further below zero and does not move much above zero in the day. Residents are in a race against time now to rebuild their lives as much as possible before the true freeze of winter sets in.”

“The government speaks a lot about addressing climate change,” added Mission-Matsqui-Fraser Canyon MP Brad Vis. “Here is the opportunity to back those words with action through resilient infrastructure, climate change adaptation, and mitigation for the 21st century. I call on the government to work with partners to rebuild Lytton, to fund critical infrastructure, and to empower First Nations to have more control over disaster management, because the current way of doing things is failing.”

Ottawa Playbook reports that Chilliwack-Hope MP Mark Strahl, seen in some circles as a caucus challenger to CPC leader Erin O’Toole, has missed two caucus meetings in Ottawa due to the emergency in his home community. Asked about Ottawa’s inside-the-bubble debates about whether Conservative MPs have had their COVID-19 vaccines, “he tells Playbook none of that is top of mind as he tries to help people in Chilliwack, after catastrophic rainfall temporarily cut off his riding’s communities from the rest of Canada,” Politico writes.

Strahl said he’d been focused mainly on income supports for constituents who were having trouble lining up employment insurance despite epic flooding and washed-out roads.

“I haven’t paid much attention to what’s been happening in Ottawa. There’s just too much work to do here on the ground,” he told Politico. As for the battles developing within his party caucus, “those questions will be waiting for me when I get back to Ottawa, maybe next week, maybe the week after.”

In B.C., forecasters warned that heavy rains over next 10 days could push swelling rivers higher, with potential for heavy winds and snowmelt that would make flooding even worse.

Droughts or storms? The dire dilemma of Zimbabwe climate migrants

‘A tipping point’: how poor forestry fuels floods and fires in western Canada