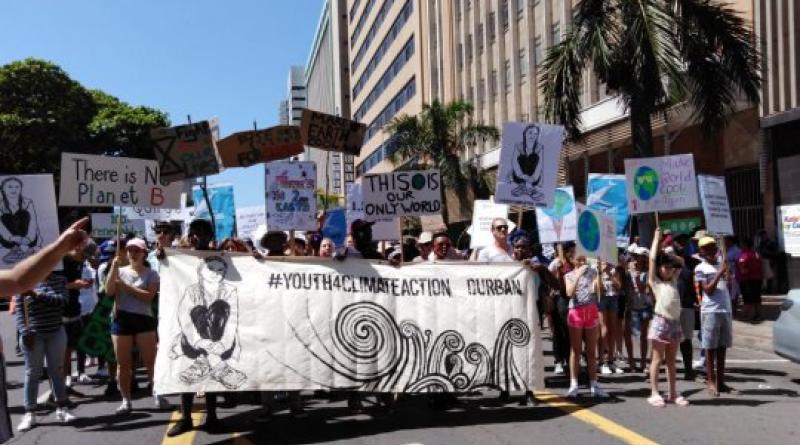 At the beginning of March, Tracy Kajumba was a panellist at the OECD Global Forum on Environment. Here she reflects further on how women and youth can be enabled to strengthen environmental justice.

Reflecting on the role of women and men, boys and girls, in local and global environment and climate movements is important, not only to understand their situation and means of empowering them but also, to realise the transformation they can make if supported.

Why do women and youth need empowerment?

Poor governance prevails worldwide, resulting in poverty and exclusion in society. Although central to changing this, civil society organisations (CSOs), social movements, youth (women and men in their late teens and twenties) and women’s organisations still face challenges in holding governments to account for how they make decisions, implement policies and allocate public resources.

Decisions are taken in siloes and without wide consultation.

The social movements’ call of ‘’nothing about us without us’’ is key to environmental and climate justice being achieved. But IIED’s work to amplify indigenous voices on the Sustainable Development Goals shows that indigenous women, for example, have difficulty in contributing to sustainable development policies that support their needs.

The IIED gender equality, voice and power theory of change notes, therefore, the need to include women and gendered local experience in policy debates – they have the potential to disrupt dominant policy discourse and ground technical debates in practical realities.

The human rights-based approach to development is vital but is sometimes viewed by national governments as opposition. This is reflected in the sustained assault on civic space. Prescriptive legislation, restrictions on foreign funding and a clampdown on organisations critical of government responses to human rights issues, have been on the rise.

Progress is not possible until governments, communities and civil society feel shared ownership in protecting the environment and addressing the impacts of climate change.

How can empowerment be supported for women and youth?

Grassroots groups, women’s organisations, youth groups and social movements are demanding greater climate ambition and protection of the environment. Governments and other institutions would be wise to support them to engage with development processes, to avoid responses likely to increase insecurity, poverty and intergenerational inequality.

Their voices can increase ambition and urgency to implement the global frameworks for sustainable development.

The recent initiative announced by the Scottish International Development Alliance, calling for civil society and government to collaborate on policymaking to make Scotland a leader in its approach to sustainable development, speaks to this.

Gender champions in IIED will support building evidence on just policies and decisions. We will make sure that the agency, voice and rights of these socially excluded women, men, young people and their organisations are brought to the forefront so that they can engage and share their experiences both at local and global levels.

An Ambitious Year for Climate Action Is a Big Year for Women’s Empowerment.