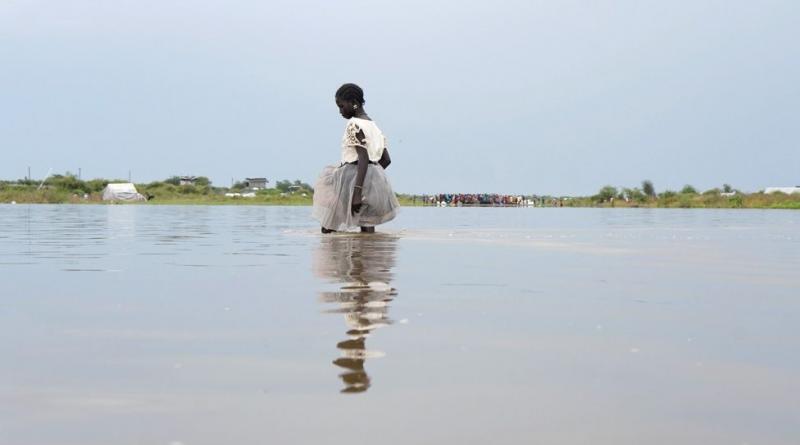 The UN is warning of an unfolding emergency in the aftermath of flooding in South Sudan.

More than 400,000 people are thought to have lost their homes following heavy seasonal rains that have hit much of the region.

Pibor, in the east of the country, is one of the places that has been worst hit. Many have been forced into flimsy shelters clinging to tiny bits of land that have not been submerged.

Residents of Pibor described their area being overwhelmed by a flash flood with the water submerging schools, houses and cattle camps.

"This is the worst flood to ever hit this area... We are gathered here on this small bit of dry land which is caving in as well," health worker Regina Marco told the Reuters news agency. 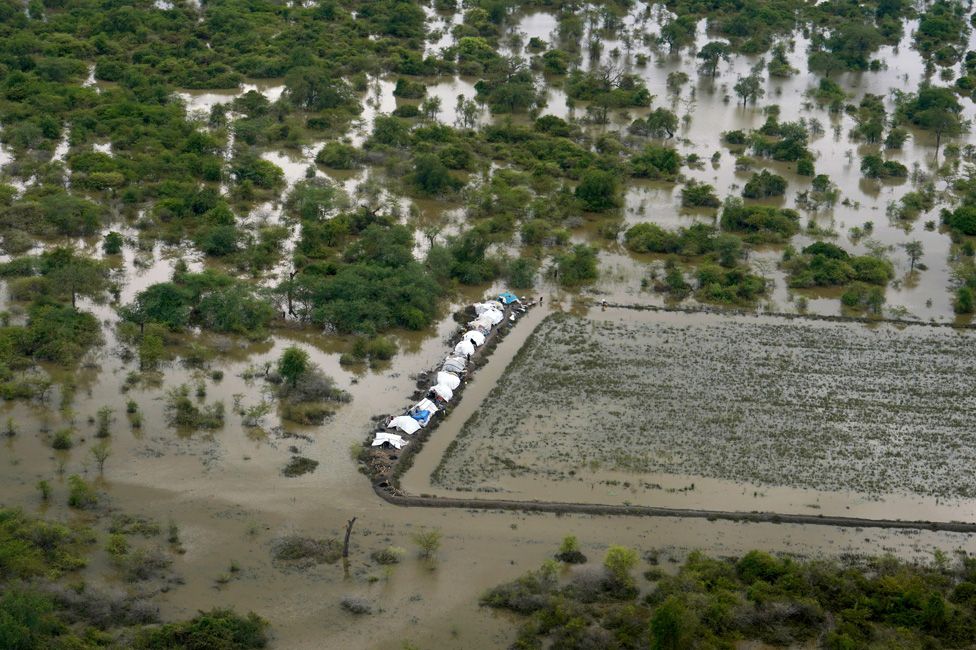 People are having to wade through the floodwaters with their belongings, trying to keep firewood dry to cook what little remains of their food. 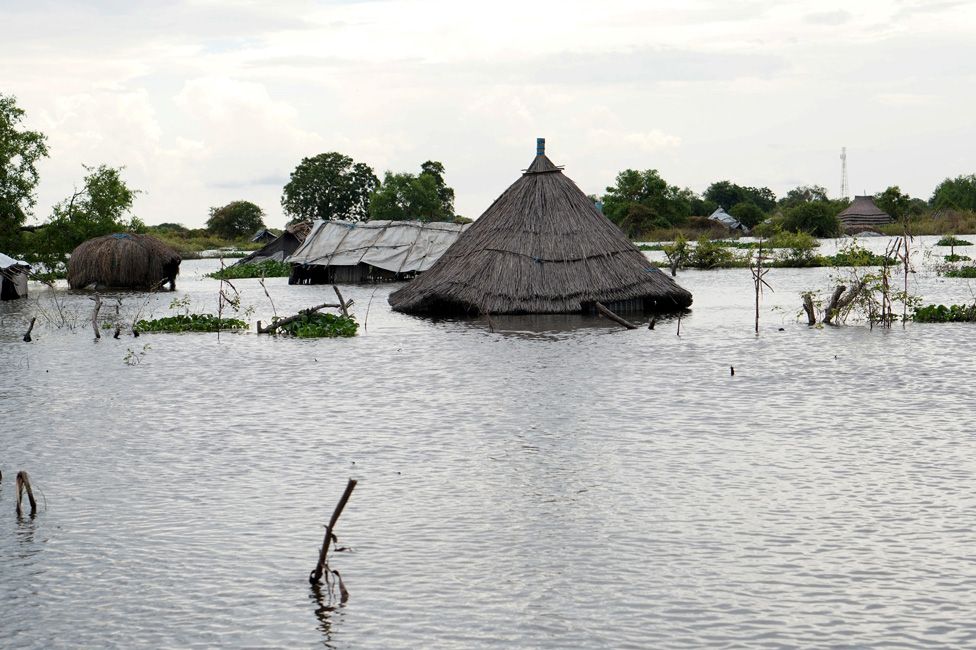 "Some people managed to salvage some belongings, but others couldn't," resident Veronica Komor told Reuters.

"The effect is so severe that now we live with dead animals, waste and garbage all submerged under these waters. We fear catching diseases and getting injured, we need help." 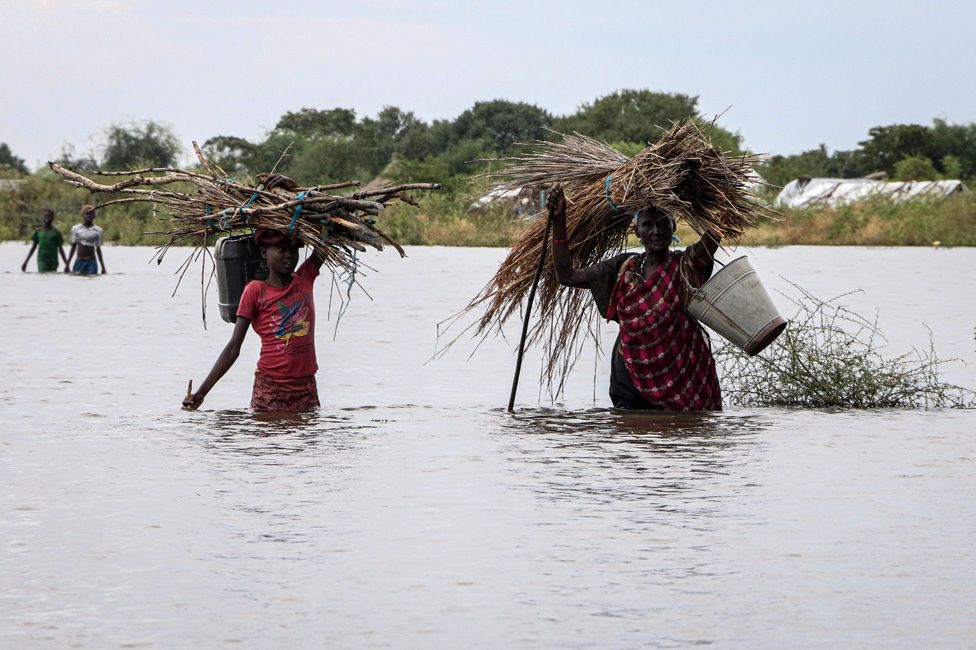 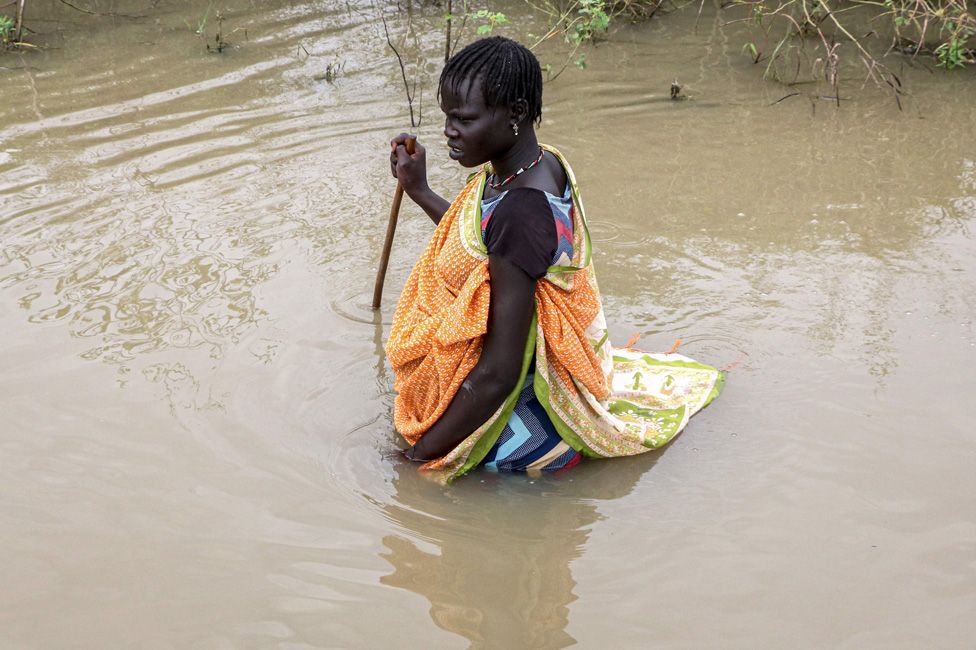 The government declared a state of emergency in the affected areas at the end of October and some aid is starting to reach those in need.

But the flood conditions have hampered the aid effort. 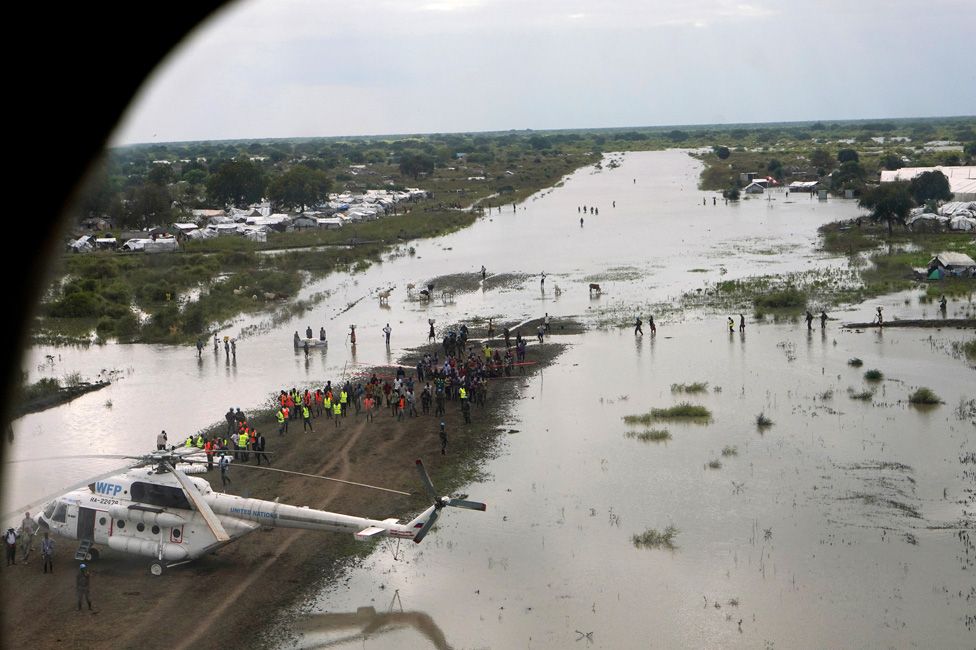 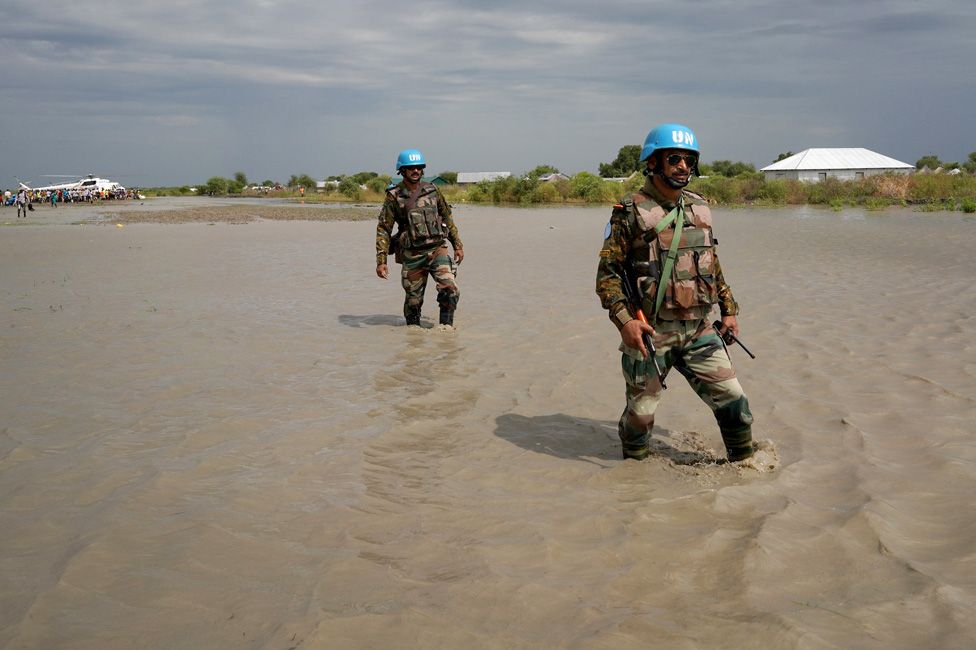 "There is a real emergency unfolding in Pibor and many other areas," the UN's humanitarian coordinator for South Sudan, Alain Noudéhou, said on Friday.

"[The people] have shown remarkable resilience and dignity, but are finding it increasingly difficult to cope with the flooding."

Pictures from Reuters and AFP