The Electrification Of Transportation Must Be Accompanied By On-Demand Access To Renewable Energy. 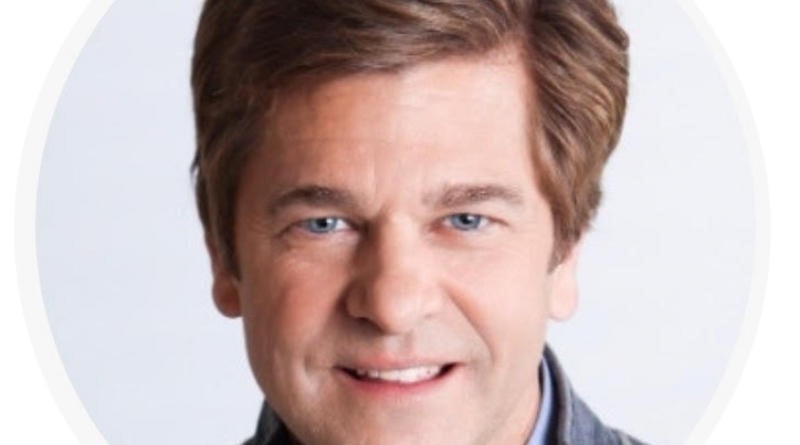 In our business and personal lives, the subject of ‘power’ has historically been viewed as a challenge focused primarily on measured and incremental changes in technology, government and consumer behavior – rather than an opportunity for bold and revolutionary innovation. That is now clearly changing.

As we move into a new decade, the world is faced with a difficult dichotomy. Electricity demand is growing at unprecedented rates in order to power our electric vehicles and keep data centers, factories, and warehouses running day and night. The global demand for electricity grew by nearly one-third over the past decade, and an additional 57% increase is expected by 2050. But traditional methods of electricity production using coal and fossil fuels are significant contributors to global carbon emissions. So at first glance, an increasingly electric future could look like we are merely exchanging one source of pollution for another. That does not have to be the case if we embrace the technologies and policies that are beginning to drive new levels of technology energy efficiency in many power-reliant industries, as well as finally making renewable energy production and storage on demand reality.

This premise comes into sharp focus if we think about two important industries and the trends that will shape them in 2020 – electric modes of transportation and renewable energy storage technologies.

Today, there are 5.1 million electric vehicles on the roads around the world. That is expected to grow to 125 million electric vehicles by 2035. Given the amount of electricity needed as “fuel” for these vehicles, the stage is set for a massive unfavorable hit to the global energy grid unless the issue of the efficiency of energy conversion is addressed within the vehicles and the infrastructure that supports them.

New designs in On-Board Chargers (OBCs) and Traction Inverters will play a major role in addressing efficiency issues in automotive design studios in 2020. Electric motors will become smaller, more efficient, and less expensive as a result of technology innovation in materials, magnetics, and power electronics. This will result in vehicles that are lighter weight and more power dense that can drive further even with current battery technologies. As battery technologies also evolve to smaller form factor and greater power density, vehicle weight and cost will decrease while range and reliability increase.

The future of autonomous vehicles is electric, and they therefore benefit from all of the electric vehicle developments in drivetrains, battery technology, and charging networks. In the coming years, their continued development and eventual mass-market and fleet adoption will benefit from technology development in two additional areas. The first is around LiDAR technology. Higher power, longer range detection solutions that result from advances in power electronics will be integrated in the short term into Level 2 and Level 3 systems to improve safety, and then into full Level 5 autonomous systems. The second important area of development around technology and power will be in autonomous wireless charging stations. True autonomous mobility, that involves merely parking a vehicle over a charging pad, will require wireless recharging with a level of ‘spatial freedom’ that does not demand precision of placement. New advances in power electronics will enable this.

Renewable energy production has not yet met the mainstream milestone of on-demand availability. That is now set to change on a mass level with social attitudes, local policies, and consumer awareness pushing this imperative forward with the urgency that it requires to address climate change, pollution, and the unreliability of energy grids.

Renewable energy storage is required not only to avoid the scenario of electricity production from traditional sources becoming the new major global polluter, but also to bring new levels of energy security to both homes and businesses.

Natural disasters (Hurricane Marie in Puerto Rico, Hurricane Dorian in the Bahamas, and severe storms throughout the US, UK, Canada, and South America) and ‘wildfire prevention’ power outages (called PSPS for public safety power shutdown) imposed by utility companies in California – have resulted in a repeatedly unreliable energy grid. Power outages have gone far beyond inconvenience into a real threat to personal safety and health, as well as financial livelihoods. Along with food, water, and shelter – it is clear that power is now one of the most important required components of modern life.

Solar power is poised to continue its strong momentum from a ‘boom or bust perception’ to on demand innovation hero. Residential power generated by rooftop solar in the US is expected to jump to 5.7 gigawatts in 2020, up from 1.8 gigawatts in 2015. The development of smaller, lighter weight, more efficient, and lower cost renewable energy storage systems (ESS) will be a significant contributor to the continuing evolution of a renewable energy world. Highly efficient residential and commercial ESS using new power electronics technology will enable distribution, local storage, and on-demand access to renewable energy.

New technology developments and innovations in renewable ESS product design are exemplified by new smaller ‘all-in-one’ solar panels with built-in solar inverter and battery storage that can provide electricity on demand if the local power grid goes down. The movement from lead acid to lithium ion batteries will lead to the declining battery costs and the development of the smaller, lightweight, energy-dense batteries that these new ESS require.

Changes in public policy and individual attitudes will accompany technology innovation in the renewable energy industry. Interest in local micro-grids for both business and residences is growing as individuals look to increase their energy security and leverage a collective of individuals ESS for the broader good of the community. In parallel, energy providers and utility companies will need to focus more resources on both ‘power distribution architecture’ and ‘data architecture in energy systems’ to play a role in improving the resilience of the local power grid. They will need to become expert in handling both data and power in new collaborative ways.

Biogas plant that will fuel the transport sector in UK gets the go-ahead.

All-electric BC transport economical, thanks to low-cost renewables.

UK on ‘verge of a transport revolution’.