Eight EU Countries Will Demand Decarbonization By 2050 At Sibiu Summit. 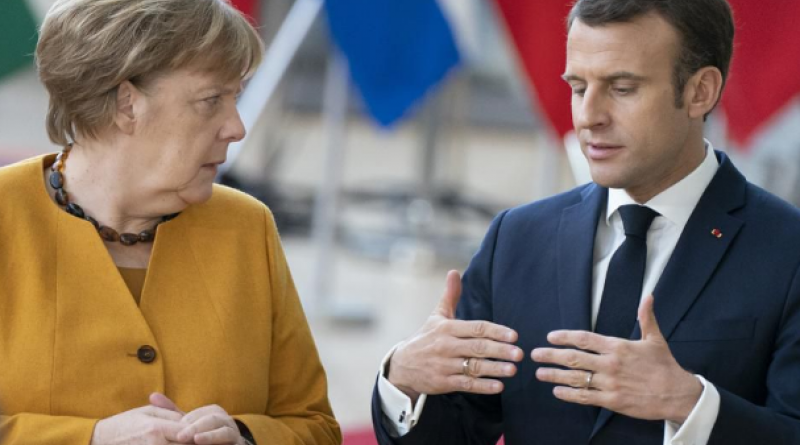 A planned ‘Future of Europe’ summit of European Union national leaders starting in Sibiu, Romania tomorrow was supposed to chart a course for the EU following Brexit. Instead, with Brexit delayed and in doubt, the summit will be marked by a fierce debate over the EU’s ambition on fighting climate change. And the “b-word” has been banned.

Eight of the 28 EU countries have circulated a paper to national capitals ahead of the summit, leaked to the press, demanding that the bloc commit to phasing out carbon emissions by 2050 and dedicating 25% of the EU’s next long-term budget to projects fighting climate change.

The paper is signed by France, Spain, Belgium, Denmark, Luxembourg, the Netherlands, Portugal and Sweden.

The paper also says the bloc should rapidly integrate its fragmented energy market. “A well-functioning and more integrated internal energy market will be key to the energy security in every region," it reads. "The optimal use of existing infrastructure and the development of a more interconnected energy market are important tools to this end."

But not everyone agrees. The European Commission put forward last year a proposal suggesting to lower emissions down to ‘net zero’ – a roughly 95% reduction with the remaining 5% made up for by funding emissions reduction outside Europe – by 2050. But the plan needs to be approved by all 28 EU member states, and while France’s Emmanuel Macron enthusiastically supports it, Germany’s Angela Merkel is more sceptical. Paris and Berlin clashed over the 2050 plan at a March European Council summit in Brussels, and it is set for a vote at the next summit in June.

However the eight pro-decarbonization countries want the leaders to agree to the plan’s headline 2050 target earlier, at this week’s Sibiu summit. “To create a positive momentum, the EU must make ambitious announcements during the Sibiu Summit, preferably on setting a target for the EU to reach net-zero greenhouse gas emissions by 2050 at the latest, and on the principle of enhancing the ambition of its current NDC by 2020,” they write.

Germany and Eastern European countries think the 2050 date is too ambitious and would hurt Europe’s competitiveness. They want to see either a less ambitious target for 2050, or a later date for reaching net zero – perhaps 2060.

Climate campaigners, on the other hand, want the leaders to agree to a more ambitious timeline, saying the recent surge of climate protests show citizens want the EU to act fast. “At the Sibiu summit, all European leaders need to follow the call from the most progressive governments and publicly commit to put climate action at the heart of future EU cooperation,” says Wendel Trio, director of Climate Action Network Europe.

The group issued a Climate Action Call today in Brussels signed by hundres of European cities, regions, businesses, youth and faith groups and civil society organisations. It follows a UN report issued yesterday finding that a million species could go extinct as a result of climate change.

The Future of Europe summit was first announced by European Commission Jean-Claude Juncker in his 2017 State of the Union speech, envisioned as a way for the EU to set its main priorities shortly after the UK would leave and it would be down to 27 member states. Britain has been seen as a brake to EU progress in many areas, and the summit was meant to evaluate new possibilities opened by the county’s absence.

But with Britain’s decision ask for a delay to Brexit from the March 30th due date, and increasing doubts about whether the country will actually leave the bloc, the Sibiu summit has lost its raison d’etre. This is notable in the draft summit statement, which are mostly platitudes and contain little in the way of an actual roadmap. Such plans will have to wait until the EU knows what the British want to do.

In the mean time, Brexit has not been mentioned at all in the draft statement. To ensure that the subject will not come up, British Prime Minister Theresa May has not been extended an invitation. She will be the only EU leader not in attendance.

Other contentious issues which are dividing the remaining 27 will, however, be on the agenda – it isn’t only climate. Migration, Russia sanctions, the EU budget and national budgetary rules will also be discussed. And the leaders will also start preliminary discussions over who to appoint to the EU’s top jobs following this month’s European election. Those top jobs, including the new Commission and Council presidents, head of the European Central Bank, and foreign policy high representative, will also be decided at the June summit in Brussels.