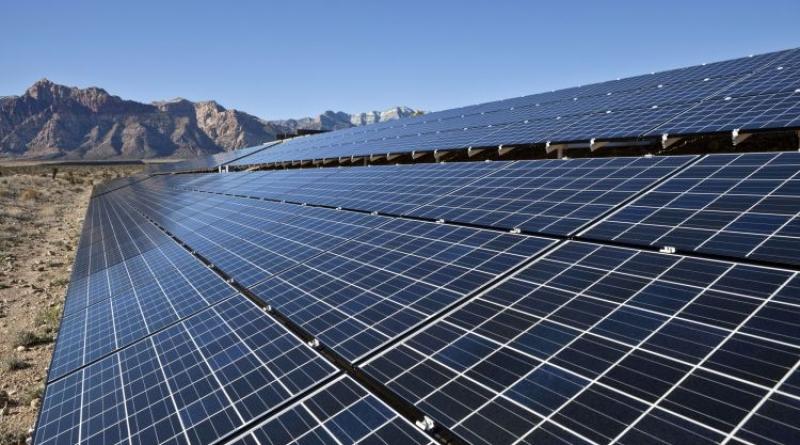 EDF Renewables plans to build a 200-megawatt solar plant with a 180-megawatt/720-megawatt-hour battery for Nevada utility NV Energy, the developer announced Wednesday, adding to the growing list of large solar-and-storage projects under construction within the state and the broader region.

Even at that size, the project will only barely make it onto the list of the 10 largest batteries in the U.S., based on Wood Mackenzie’s database tracking confirmed project details. This month NV Energy filed a proposal with state regulators to add 478 megawatts of new solar and 338 megawatts of new storage by the end of 2023. EDF’s project, called Chuckwalla Solar+Storage, is the largest among that portfolio.

Only a year ago, EDF’s plans would have ranked among the largest battery projects in the world, but each subsequent project announcement made recently seems to outpace those preceding it. The largest solar-storage project currently planned in the U.S., Gemini Solar from Arevia Power and Quinbrook Infrastructure Partners, is also slated to be located in Nevada with NV Energy as offtaker.

“It’s a sign of the times that an announcement of a 720-megawatt-hour project doesn’t raise eyebrows anymore,” said Dan Finn-Foley, WoodMac’s head of energy storage. “What is notable…is how solar-plus-storage systems and contract terms are being structured, and this provides another data point.”

The announcement from EDF, and the broader solar and storage proposal from NV Energy, shed more light on how Nevada’s largest utility plans to meet new state requirements for achieving 50 percent renewable electricity by 2030 and 100 percent carbon-free electricity by midcentury. Last year, regulators approved the Berkshire Hathaway-owned utility’s plans for 1.2 gigawatts of solar and 590 megawatts of new storage. In its more recent filing with the Public Utilities Commission of Nevada, NV Energy also requested approval for 600 miles of new transmission lines to deliver power from the utility’s growing roster of renewables projects.

Earlier this month, NV Energy reported to state regulators that it had exceeded the 2019 requirement that renewables and energy efficiency account for 20 percent of its retail energy sales.