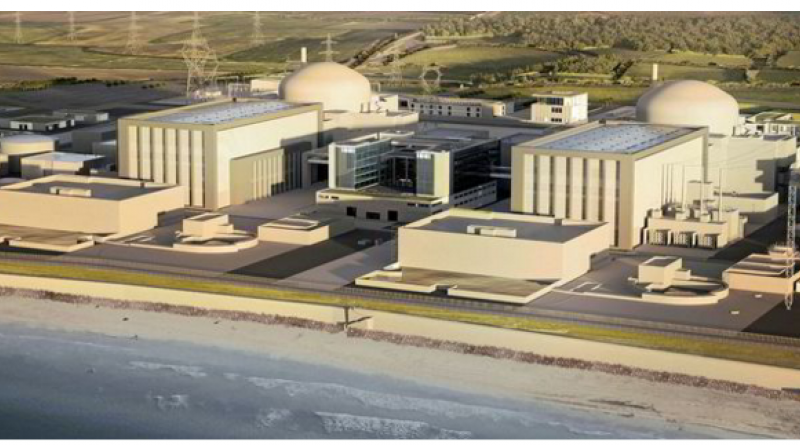 French energy giant eyes demonstrator that could be massively scaled up at facilities including Hinkley Point and Sizewell.

EDF is looking at plans for massive production of hydrogen to be powered by its fleet of UK nuclear plants, including the giant Hinkley Point C project, Recharge has learned.

A consortium led by the French energy group believes linking electrolysers to nuclear-generated electricity “would produce enough hydrogen to meet a significant portion of the forecasted demand in the UK”, while combining the reliable, baseload output of nuclear with the low-carbon credentials of ‘green hydrogen’ production powered by variable renewables such as offshore wind.

The EDF-led Hydrogen to Heysham (H2H) consortium recently wrapped up a study that concluded the nuclear-powered hydrogen was feasible on technical and safety grounds, with the potential to be scaled-up from a planned demonstrator project at its Heysham 2 nuclear power station in northwest England.

The study said: “EDF Energy’s nuclear new-build project, Sizewell C, which is currently in development, could support the modular installation of large-scale electrolysers. Hinkley Point C, which is already in construction, also presents the same opportunity.”

The 3.2GW Hinkley Point C, being built amid considerable controversy in southwest England, will be the UK’s first new nuclear plant for 20 years when it enters service, currently scheduled for 2025 or later.

The H2H consortium — which includes EDF’s newly-formed Hynamics unit dedicated to commercialising hydrogen technologies — cites a range of advantages for nuclear-powered hydrogen production via electrolysis (the process of splitting water molecules into hydrogen and oxygen using an electric current). They include the stable output of nuclear generation that the researchers reckon will ensure 93% utilisation of the electrolyser and the ability to re-use the other by-product of the process — oxygen — in the nuclear cycle, further adding to its economic case.

The more hours per day that an electrolyser is used, the lower the levelised cost of the hydrogen produced, which makes nuclear-powered hydrogen a potentially cheaper option than green H2 produced from more intermittent wind or solar.

The researchers are planning an initial 2MW system, comprising a 1MW alkaline and 1MW proton exchange membrane (PEM) electrolyser, capable of producing up to 800kg of hydrogen per day and testing the performance of the two main electrolyser technologies.

The report estimated a future electrolyser capacity of about 550MW across its fleet could produce about 220,000kg of hydrogen per day by 2035, with a levelised cost of hydrogen as low as £1.89/kg ($2.44/kg) depending on power price and falling technology costs over a 20-year project cycle.

Recharge reported in January how a new study by the Hydrogen Council and consultant McKinsey reckoned renewable hydrogen’s price will fall to about $1-1.50/kg in optimal locations, and roughly $2-3/kg under average conditions, over the next five to 10 years. The International Energy Agency puts the current price of grey H2 produced from unabated fossil fuels at $1-1.80/kg.

As extensively covered by Recharge, hydrogen is increasingly seen as a crucial enabler of the energy transition, with the ability to push decarbonisation deep into sectors such as heating and transport where emissions reductions are badly lagging those seen in the power industry.

Most attention currently focuses on the competing future merits of ‘green’ hydrogen from renewables and the ‘blue’ variety that uses carbon-capture and storage to decarbonise hydrogen produced using fossil sources. Both are seen as preferable to ‘grey’ hydrogen from unabated fossil fuels that is currently the cheapest on the market, although that is tipped to change soon.

The H2H team — which along with EDF includes the European Institute for Energy Research (EIFER), Atkins and Lancaster University — admitted there is no readily available ‘colour’ for nuclear-powered hydrogen.

Nuclear power at the point of generation shares the zero-carbon credentials of renewables — although H2H does assign a nominal carbon footprint to its project to reflect the lifecycle emissions profile of a nuclear plant. However, the wider waste and safety concerns surrounding nuclear could make it an uncomfortable addition to the green hydrogen club.

H2H started as a part of a UK-government-backed hydrogen-economy scheme that recently awarded funds to link the world’s largest offshore wind farm to green hydrogen production. H2H failed to proceed to its next round, but EDF Energy confirmed to Recharge that the project remains on its corporate agenda.

“EDF was delighted to lead the Hydrogen to Heysham consortium, which successfully demonstrated the technical feasibility of producing clean hydrogen by co-locating electrolysis facilities at our nuclear site in Lancashire,” said a statement.

“EDF is now considering options building on the learnings of the project to further develop this innovative concept, with a focus on low-carbon hydrogen applications, to demonstrate it either at Heysham or at another low-carbon generation site.”