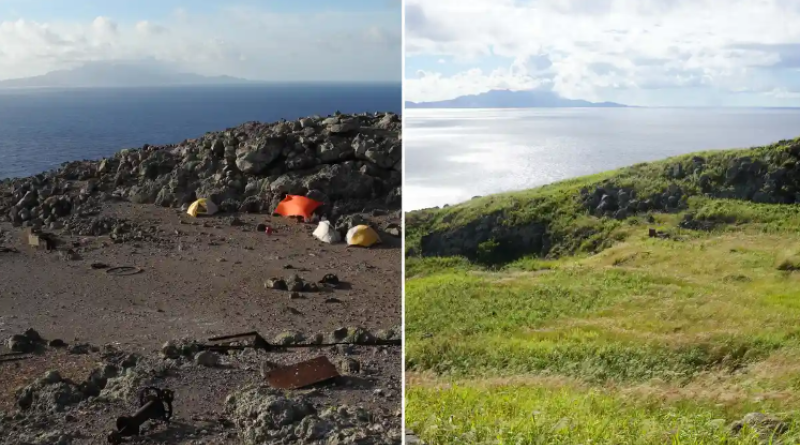 Eradicating rats, goats and other invasive animals from islands is one of the most effective tools for protecting wildlife, resulting in dramatic transformations to degraded archipelagos and atolls, according to a new study.

From the dodo to Daudin’s giant tortoise, island species have been disproportionately affected by extinctions, often caused by the arrival of alien species brought by colonisers that killed wildlife found nowhere else on Earth.

Now a new study has given hope that biodiversity loss on islands can be halted and, in some cases, reversed by removing invasive species such as rabbits, cats, goats, mice and rats from these ecosystems to allow native fauna to recover.

A review of 1,550 eradications on nearly 1,000 islands since 1872 found an 88% success rate using methods such as hunting, trapping and targeted poisoning to help restore the islands’ biodiversity, according to a study published in Scientific Reports.

Once an invasive species has been removed from an island, the recovery of nature can be dramatic. In 2011, rats were eradicated from Palmyra Atoll in the mid-Pacific; the germination of native plant seedlings increased by more than 5,000%, two previously undocumented crab species became abundant, and coral began to recover.

On Redonda, a mile-long rock that is part of Antigua and Barbuda in the Caribbean, native vegetation, birds and reptiles burst back into life once invasive black rats and feral goats were removed in 2017, transforming the barren grey rock into a green island once again.The researchers said an ambitious target for removing invasive species from islands must be included in this decade’s UN agreement for protecting the natural world, which will be agreed at Cop15 in Montreal, Canada, in December.

Although islands cover just 5% of the Earth’s land area, places like the Galápagos, Madagascar and Borneo are disproportionately important havens for biodiversity, and are home to two in five of globally threatened vertebrates.

“This is one of the most effective conservation tools we have for protecting biodiversity,” said Piero Genovesi, a co-author of the study and chair of the IUCN invasive species specialist group. “We need to multiply our efforts. So far, we have only addressed a limited number of islands.”

The majority of eradications took place in just eight countries – New Zealand, Australia, the UK, the US, France, Mexico, Ecuador and Seychelles – and nearly always involved removal of invasive mammals, the study found. Most efforts have targeted rats, while goats, donkeys and cats were all common.

While the number of eradications has dipped in recent years, the size of islands targeted has increased, according to data stored on the Database of Island Invasive Species Eradications, which was used for the study’s findings.

“Countries that have been restoring islands for decades were able to because of their investments in innovations and resources,” said David Will, co-author and head of innovation at Island Conservation. “They are now looking to larger, more challenging projects such as those with substantial human communities, and adding on restoration work like species translocation, which is made possible once the threat of invasive species is removed.”

In New Zealand, scientists are about to attempt the biggest ever eradication of invasive species on an inhabited island. The project aims to remove predators including possums, rats, feral cats and hedgehogs from Rakiura/Stewart Island over the next four years.

Invasive species are one of the five main drivers of biodiversity loss, according to the Intergovernmental Science-Policy Platform on Biodiversity and Ecosystem Services, along with land-use change, resource extraction, the climate crisis and pollution. A UN report about their global impact is expected in 2023.