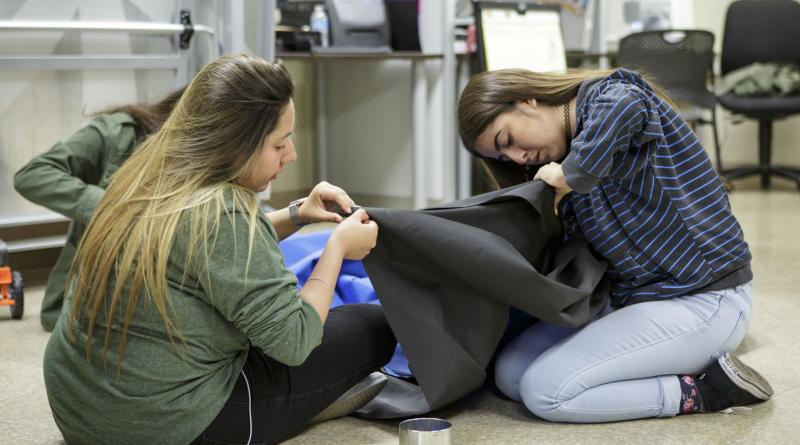 As Daniela Orozco picks off excess plastic bordering a 3D-printed box, she recalls how many homeless people she saw on her way to school when she was a high school freshman.

Four years later, the number has multiplied. People live on a main thoroughfare near the school, at a nearby park, and below the off-ramps and bridges in her hometown of San Fernando, which is about 20 miles northwest of downtown Los Angeles. In the San Fernando Valley, homelessness increased 36% to 7,094 people last year, according to the Los Angeles Homeless Services Agency'sannual count. Daniela and her friends wanted to help, but giving money wasn’t an option.

"Because we come from low-income families ourselves, we can't give them money," the high school senior says.

"We wanted to offer something besides money," her classmate, Veronica Gonzalez, chimes in.

That was the starting point for their invention: a solar-powered tent that folds up into a rollaway backpack. The girls and 10 others from their high school had never done any hands-on engineering work before, but with the help of YouTube, Google, and trial-and-error, they got it done.

They hope that one day, their tent will improve the lives of people experiencing homelessness in their community.

The teen girls from San Fernando High School worked on their invention over the course of a year. Come June 16, they'll present it at MIT as part of a young inventors conference. The teens, none of whom had coded, soldered, sewn, or 3D-printed before they joined forces, won a $10,000 grant from the Lemelson-MIT Program to develop the invention.

They were recruited by DIY Girls, a nonprofit that teaches girls from low-income communities about engineering, math, and science, to go after the grant.

"I knew I wanted to apply for it, but I needed a team," says Evelyn Gomez, 29, the executive director of DIY Girls. "I went back to my calculus teacher at my high school and did a hands-on recruitment activity."

Most of the girls didn't know each other before, but they quickly became close friends.

When DIY Girls was founded in 2012, the nonprofit worked with 35 girls in one elementary school classroom. Last year, it served 650 girls in elementary, middle, and high schools throughout Los Angeles County. The small nonprofit even keeps a waitlist because demand for its services is so high.

Hands-on STEM education at schools, especially for girls in low-income communities, is severely lacking, Evelyn says. Women make up just 29% of the science and engineering workforce, according to the National Science Board, a federal agency. Around 6% of female working scientists and engineers are Hispanic or Latina.

I was often the only girl in the class and definitely the only Latina in the class. It felt like kind of imposter syndrome.

And she doesn’t want the girls working on the tent to ever feel that way. None of their parents are engineers. Some of them will be the first in their families to go to college. 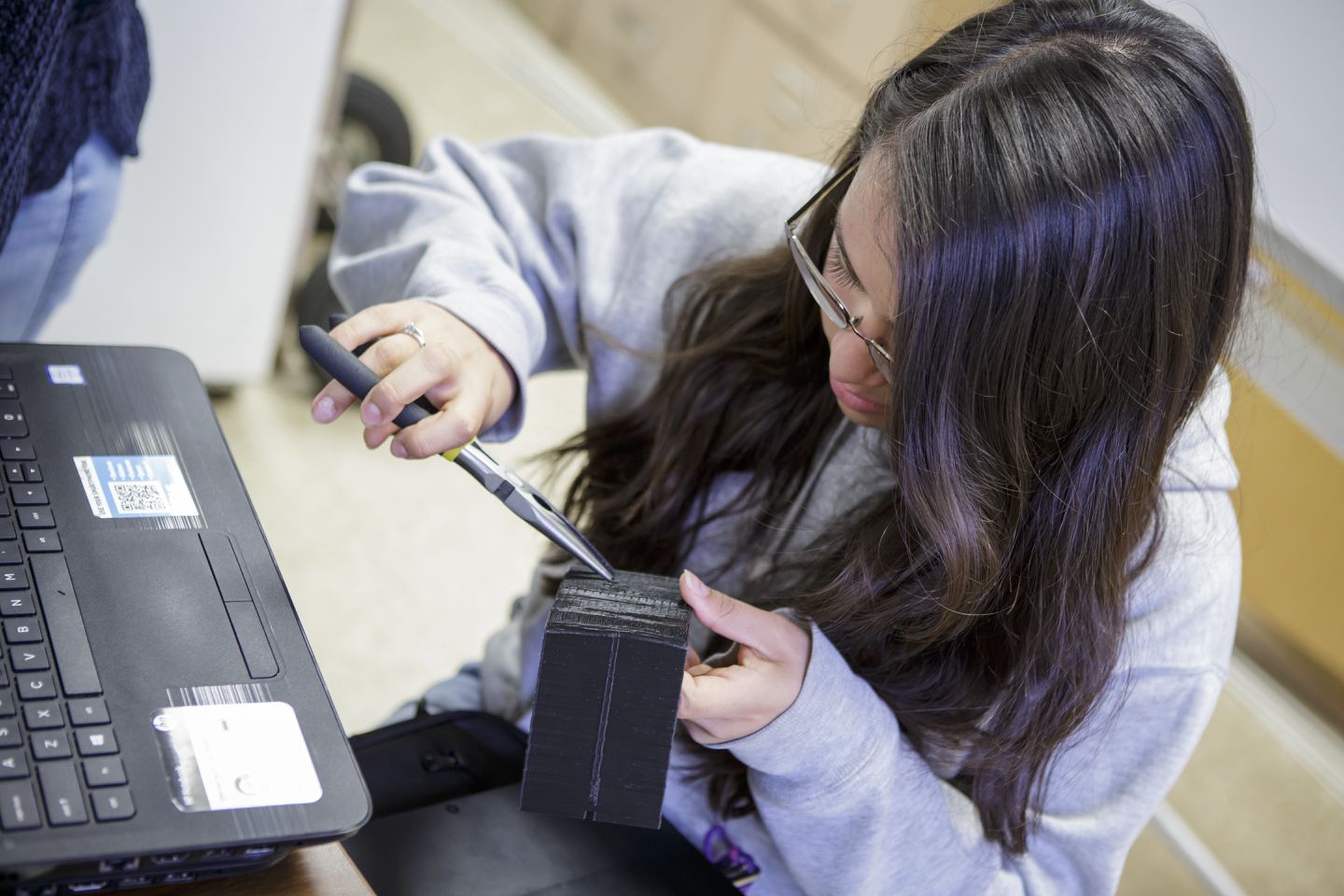 In the beginning, the team depended on Evelyn for guidance, but they quickly started doing everything on their own. If they had an issue with a solar panel not functioning properly, they watched YouTube videos. If they couldn't figure out a stitch pattern, they Googled it. The girls even developed their own inspirational hashtag: #wegetitdone.

If your parents miss X amount of bills, you can fall into homelessness, too.

"You're learning new things you've never even heard of or even thought of," says Chelly Chavez, who learned the programming language C++ to get the technical aspects of the tent to behave. The tent has button-powered lights, two USB ports, a micro-USB port, and the girls have even tested a sanitizing UVC light on a countdown timer.

The girls work on their project six days a week, getting together even through their winter and spring breaks. They often come home after hours of sewing to find loose needles falling off their clothes. They made two prototypes of the tent, but the first one is now in shreds. They put it through the ringer during quality control tests, tearing it with a knife, dousing it with water, and stomping on it.

"When they were hitting it, my heart dropped," says Paulina Martinez as she stitches one of the tent's edges. They destroyed their finished product, just to start again. It was yet another tough engineering lesson the girls would learn.

Before settling on their tent idea, the team had tossed out other options. They wondered: What could they do about pollution or water quality? But they realized they wanted to invent something that would help their community more directly.

"Because we live here, we see it growing constantly," Maggie Mejia says of the homeless population. For her, it even hits close to home: “If your parents miss X amount of bills, you can fall into homelessness, too."

Maggie and the others don't have concrete plans for the future of their invention after the MIT presentation, but they hope it could eventually be mass-produced.

The $10,000 grant from the Lemelson-MIT Program could only be used on the invention itself, not traveling to Cambridge, Massachusetts, to present the award. So DIY Girls fundraised an additional $15,000 to send the team to MIT, an expense the girls' families couldn't otherwise bear.

But they've made it, and it's a success story that could make a really big impact. Already featured by local TV stations and Ryan Seacrest on his morning radio show, the team wants their accomplishment to encourage other girls to pursue STEM careers.

“Me and her, we're the only two junior girls in our AP Calculus class, which has way more guys than girls," says Paola Valtierra, pointing to Kassandra Salazar, who dreams of being an astronaut and has a tiny, metal one on her keychain. "But we're gonna change that."