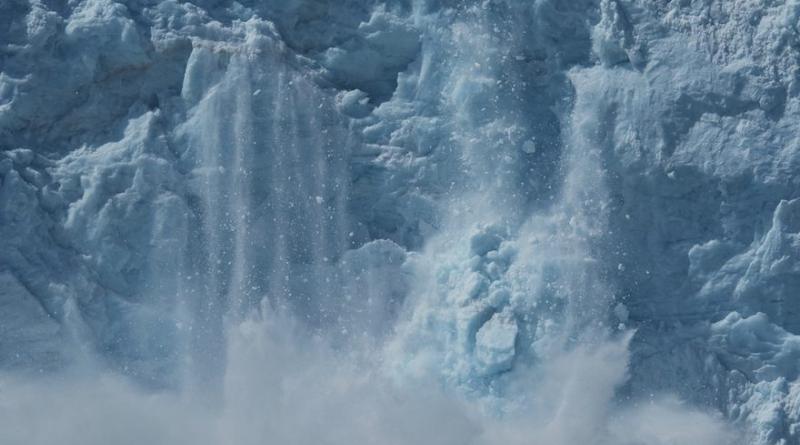 The risk of serious climate “tipping points” will rise dramatically if countries fail to hold global warming to the Paris agreement target of 1.5°C, according to a new study in the journal Science.

Even at the today’s average global temperature increase—a rise of 1.1°C driven by profligate use of fossil fuels and the destruction of vital natural ecosystems—there could be devastating, irreversible consequences that would permanently change the planetary climate regime, concludes the team led by georesilience analyst David Armstrong McKay of the Stockholm Resilience Centre, the UK’s University of Exeter, and the Earth Commission.

And yet “the world is heading towards 2° to 3°C of global warming,” said Johann Rockström, co-chair of the Earth Commission and director of the Potsdam Institute, and another of the authors.

“This sets Earth on course to cross multiple dangerous tipping points that will be disastrous for people across the world. To maintain livable conditions on Earth, protect people from rising extremes, and enable stable societies, we must do everything possible to prevent crossing tipping points. Every tenth of a degree counts.”

Already, “we can see signs of destabilization already in parts of the West Antarctic and Greenland ice sheets, in permafrost regions, the Amazon rainforest, and potentially the Atlantic overturning circulation, as well,” McKay said in a release. “As global temperatures rise further, more tipping points become possible.”

At present temperatures, all these alarming outcomes are still just possible events. At a new global average rise of 1.5°C, such transition switches from possible to probable, the researchers found. And five additional tipping point crises become more menacing at around this level of temperature rise. With each one-tenth of a degree Celsius increase, the hazards multiply.

The idea of a climate tipping point became a defined orthodoxy in 2008. Think of it in practical, mundane terms: A gardener can tilt a barrow full of garden compost to a certain level without spilling any, because inertial force keeps the load stable. Lift up the handles a little more, and some of the load is spilled. A fraction more, and the cascade becomes sudden, inexorable, and complete.

So, too, goes the thinking about climate tipping points. The hospitable planetary climate of the last 10,000 years has nurtured human civilization and guaranteed the supply of food from the world’s farms. But this stability is underwritten by enduring temperature differences between polar, temperate, and tropical zones; by the vast tropical rainforests, the mountain glaciers and ocean currents that absorb, conserve and distribute heat, and by a pattern of winds that can vary by the day, month or season, but tend to return to long-term norms.

But the forests, the ice shelves, and the reliable flow of ocean currents that moderate the climate are guaranteed by the stable long-term planetary average temperatures that have endured since the close of the last Ice Age.

And as these temperatures rise, the ecosystems that maintain the forests and ice shelves become unstable. A wheelbarrow empties swiftly once beyond its tipping point. The collapse of the polar ice caps will be much, much slower and the point of no return less obvious. But at some point, such a collapse will become unstoppable. Nobody can be sure of where that point lies on the temperature spectrum.

But researchers who combed through 200 studies of potential tipping points published since 2008 are now sure that planet Earth is already in the danger zone.

The answer is, of course, to dramatically reduce fossil fuel use as swiftly as possible. “The chance of crossing tipping points can be reduced by rapidly cutting greenhouse gas emissions, starting immediately,” McKay said.

With a temperature rise—driven by greenhouse gases linked to fossil fuel use and combustion—of at least 1°C since the launch of the Industrial Revolution, the Earth’s climate stability is already at risk.

The researchers identified altogether 16 distinct major biophysical systems that are involved in regulating the planetary climate: these are the so-called tipping points. Nine of them—including the Antarctic ice sheet and the Amazon rainforest—have the capacity to affect the entire Earth system. Seven—think of the West African monsoon, the boreal forests, or the already-vanishing mountain glacier —could have profound regional consequences if tipped.

Co-author Tim Lenton, an Earth Commission member who directs the Global Systems Institute at the University of Exeter, said: “Since I first assessed climate tipping points in 2008, the list has grown and our assessment of the risks they pose has increased dramatically. Our new work provides compelling evidence that the world must radically accelerate decarbonizing the economy to limit the risk of crossing climate tipping points.”

In the last nine years, other research teams have identified potential ecosystem collapses with possibly devastating consequences: in the Amazon rainforest, for instance, and in West Antarctica and Greenland. The latest study confirms, and adds emphasis to, the greater anxieties locked into the climate crisis, in a world in which all the evidence so far points to a temperature rise significantly beyond the Paris target.

This story includes details on the impacts of climate change that may be difficult for some readers. If you are feeling overwhelmed by this crisis situation here is a list of resources on how to cope with fears and feelings about the scope and pace of the climate crisis.