Diet for a hotter climate: five plants that could help feed the world 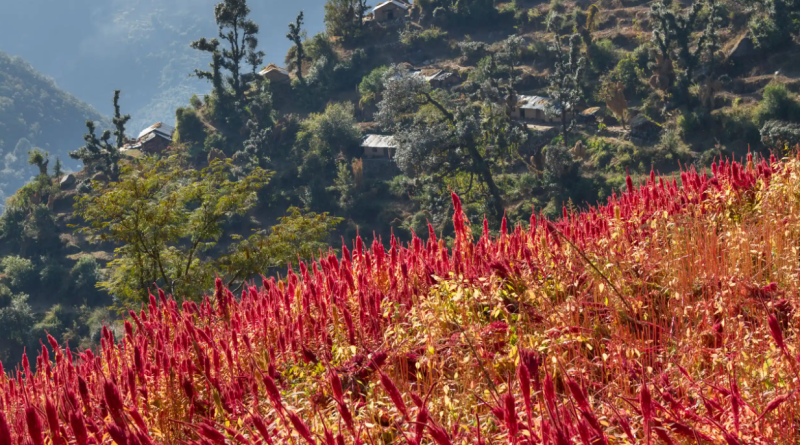 As the planet warms, these five drought-tolerant and highly nutritious crops offer hope for greater resiliency

Over the course of human history, scientists believe that humans have cultivated more than 6,000 different plant species. But over time, farmers gravitated toward planting those with the largest yields. Today, just three crops – rice, wheat and corn – provide nearly half of the world’s calories.

That reliance on a small number of crops has made agriculture vulnerable to pests, plant-borne diseases and soil erosion, which thrive on monoculture – the practice of growing only one crop at a time. It has also meant losing out on the resilience other crops show in surviving drought and other natural disasters.

As the impacts of the climate crisis become starker, farmers across the world are rediscovering ancient crops and developing new hybrids that might prove more hardy in the face of drought or epidemics, while also offering important nutrients.

Here’s a look at five crops, beyond rice, wheat and corn, that farmers across the world are now growing in hopes of feeding the planet as it warms:

Amaranth: the plant that survived colonization

From leaf to seed, the entirety of the amaranth plant is edible. Standing up to eight feet tall, amaranth stalks are topped off with red, orange or green seed-filled plumes. Across Africa and Asia, amaranth has long been eaten as a vegetable – whereas Indigenous Americans also ate the plant’s seed: a pseudocereal like buckwheat or quinoa.

While amaranth leaves can be sautéed or cooked into a stir-fry, the seed is commonly toasted and then eaten with honey or milk. A complete protein with all nine essential amino acids, amaranth is a good source of vitamins and antioxidants.

In the Americas, Spanish colonizers banned the Aztecs and Maya from growing amaranth when they arrived on the continent. However, the plant continued to grow as a weed and many farmers saved amaranth seeds, passing them down for generations, until their descendants were allowed to grow it again.

Today, Indigenous farmers in Guatemala, Mexico and the US are collaborating to grow this drought-resistant crop. Like fonio, an African grain, amaranth is not a new crop, but one that is experiencing a resurgence as communities adapt to the climate crisis. “Everything that’s new was old once,” said Matthew Blair, a professor at Tennessee State University and co-president of the Amaranth Institute.

Amaranth has found its way into European kitchens, with Ukraine coming in as the crop’s largest producer on the continent.

For thousands of years, farmers across west Africa have cultivated fonio – a kind of millet that tastes like a slightly nuttier couscous or quinoa. Historically, fonio is considered to be Africa’s oldest cultivated cereal and was regarded by some as the food of chiefs and kings. In countries such as Senegal, Burkina Faso and Mali, fonio would be served on holy days, like at weddings and during the month of Ramadan.

Today, attention is increasingly focused on fonio for its resilience and health benefits. As the climate continues to change, fonio’s drought resistance and ability to grow in poor soil has made it a standout crop in water-scarce regions. It also has important nutritional value as a low glycemic, gluten-free grain – making it a good source of amino acids for people with diabetes or gluten intolerance.

While Europeans once called fonio “hungry rice”, European companies are now manufacturing their own fonio. The Italian company Obà Food helped introduce fonio to the EU in December 2018. And in the US, the Senegalese chef Pierre Thiam sources fonio from the aid organization SOS Sahel for his brand Yolélé, also the name of his cookbook celebrating west African cuisine.

In the 1940s, more than 5m acres of cowpeas were grown in the US – the majority, as their name suggests, for hay to feed livestock. But long before cowpeas – also called southern peas or black-eyed peas – came to the Americas, they were grown for human consumption in west Africa. Although cowpea production has declined in the US in recent decades, the crop is hugely important in much of Africa. Nigeria is the world’s largest cowpea producer.

As scientists look for alternative crops, Blair said it was important to identify ones where the entire plant is edible. Although historically people have mostly eaten cowpeas’ seeds, the leaves and pods are also a good source of protein.

Because cowpeas are highly drought tolerant, they’re also a good candidate as the climate changes. At Tennessee State University, Blair is part of a team studying the introduction of cowpeas to Latin America, as an alternative to beans, like pinto and black beans, with similar flavor profiles that may soon become more difficult to grow.

In the tropics of south-east Asia and Polynesia, taro has long been grown as a root vegetable, not unlike the potato. But as rising temperatures threaten cultivation of the crop in its natural habitat, farmers in the continental US are trying to adapt the tropical perennial to grow as a temperate annual, because it cannot survive the cold of US winters.

At the Utopian Seed Project in North Carolina, founder Chris Smith and his team have been experimenting with tropical crops, looking for ways to help the plants survive the winter. Today, they’re growing eight varieties of taro, including ones sourced from Korea, the Philippines, Hawaii, China and Puerto Rico.

“We want to introduce taro because we truly believe that that will give us a more secure food system,” Smith says. “But the beautiful byproduct is that that also allows us to engage with foods that are traditionally from either Indigenous or peasant farming communities. And I think it really gives those traditionally underserved populations an opportunity to engage with the food system that they don’t usually get.”

Like fonio, amaranth and cowpeas, taro isn’t a new crop – it’s just new to the US food system. Which is why the Utopian Seed Project isn’t just learning how to grow taro, but also teaching people how to cook it. “These crops are just foods that are embedded in cultures around the world in a way that they’re not embedded here,” Smith said. “It takes work to build that community and desire for that crop.”

Kernza: the crop bred for the climate crisis

While many alternative crops are just plants that were grown somewhere else in the world generations ago, others have been cultivated specifically to withstand climate change.

In the 1980s, researchers at the Pennsylvania-based Rodale Institute identified a wheat-like grass called intermediate wheatgrass as a perennial cereal crop that could be developed as a substitute for annual grains like wheat. The goal was to minimize the environmental impacts of grain production.

In 2019, the Kansas-based Land Institute, a non-profit research organization focused on sustainable agriculture, introduced Kernza, a cereal crop developed from intermediate wheatgrass and trademarked to ensure farmers know they’ve bought seeds from the official breeding program. Although researchers are still working to improve the grain’s yield, farmers in Minnesota, Kansas and Montana are today growing nearly 4,000 acres of Kernza.

“Growers immediately understand the benefits of perennials on their landscapes,” said Tessa Peters, director of crop stewardship at the Land Institute, “and for those working in grain-producing areas, Kernza is very appealing.”