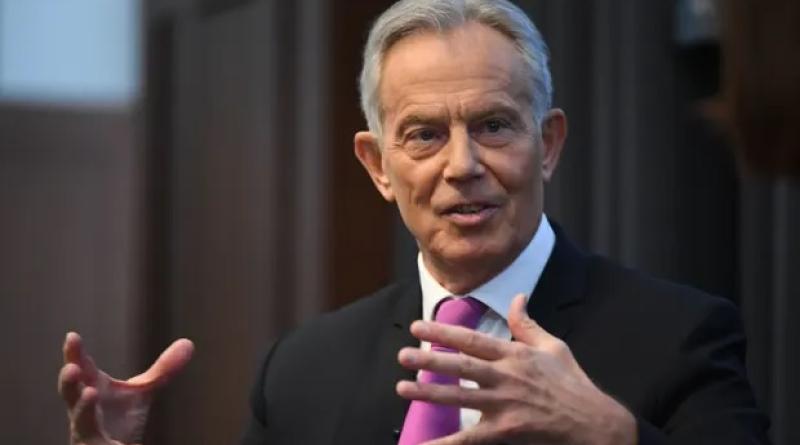 In an exclusive interview on the sidelines of Cop27, the former PM also warned against backsliding on climate commitments

Cuts to overseas aid under Rishi Sunak are having a “devastating impact”, leaving poor and vulnerable people around the world with “very little” help from the UK, former prime minister Tony Blair has warned.

Sunak slashed overseas aid from 0.7% to 0.5% of the UK’s GDP during his time as chancellor, and since becoming prime minister last month he has continued a redirection of overseas aid to programmes within the UK.

“The big problem on our development aid budget now is, number one, we’ve cut it. That cut is having a devastating impact on programmes, for example in Africa,” Blair said in an interview with the Observer.

“But secondly, of the money we have, a large part of it has now been siphoned for Ukrainian refugees and others. Therefore, the actual amount of money that we’ve left for pure development in places like Africa now is very little.”

This is leaving poor countries with large holes in their development plans, he warned. “For a lot of these countries, Britain was a world leader in development. We set up the Department for International Development. We went to 0.7% of GDP,” he said. “Now we’ve retreated from that over these past two or three years and, of course, it’s got a big impact on Britain’s reputation with these countries.”

He also warned against backsliding on climate commitments, as the government is seeking to license new oil and gas fields in the North Sea, amid gas prices sent soaring by the war in Ukraine. “The UK, like all other countries, is going to want to look after the energy needs of its people – I understand that,” he said. “The UK is generally regarded as a leader in the climate area, but it’s important to keep it that way.

“It’s a reputation we have only achieved through having strong policy and we need to keep it strong.”

A bigger windfall tax on the profits of fossil fuel companies, and an accelerated programme for renewable energy including onshore wind, were vital, he added. “Keir [Starmer] and the Labour party have got exactly the right idea, which is to realise that you can put together the concept of green energy and a whole new economic and industrial niche for Britain.”

Blair, whose Institute for Global Change seeks to help developing country governments, was speaking on the sidelines of the UN Cop27 climate summit, which this weekend reached its halfway point. Nearly 200 governments are meeting in Sharm El-Sheikh, in Egypt, to set out in detail how they plan to limit global temperatures to 1.5C above pre-industrial levels, and to provide financial assistance to poor countries suffering the worst of the climate crisis.

So far, although more than 100 world leaders attended last week, and 45,000 delegates remain, there has been little progress on pledges to cut greenhouse gas emissions, and little new money for climate finance. The most contentious issue at the talks is “loss and damage”, referring to the most devastating impacts of extreme weather, which already afflict some countries. Pakistan was hit by record floods in August and September that left 20 million people in need of humanitarian aid, while in Africa droughts worse than any for 40 years have left almost 150 million facing extreme hunger.

Some activists have called for developed countries to pay “reparations” to the poor world for these impacts, to compensate them for the harm done by their greenhouse gases over decades. Blair warned strongly against this. “If this becomes a broad and a legal argument over reparation, it’s going to become extremely politically difficult,” he said.

Terms such as reparations, liability and compensation have specific legal meanings, and signing up to an agreement containing such terms would leave developed countries open to potentially unlimited payments in future, he said.

“The problem is, you’re not going to get developed countries to agree something with a legal framework around that [reparations],” he said. “It’s extremely difficult to see how you’d do it. We shouldn’t let that argument get in the way of the clear obligation to help fund the adaptation needs – which, effectively, are the loss and damage.”

He said loss and damage should be seen as developed countries providing assistance to the poor, and fostering finance from the private sector. “The basic thing is, there is a moral obligation on the developed world, which has created the problem of climate change, to help finance both clean energy in the developing world, and adaptation [to the impacts of extreme weather],” he said. “That’s the best way of looking at this.”

Blair warned that the global 1.5C target was in danger. “That’s incredibly difficult,” he said. “Look, we can keep it as an ambition, but this is why we’ve got to get practical because, if we’re to meet it, we require an acceleration and a transformation [to a low-carbon economy]. You need more examples of actual practical plans.”

Helping poor nations to lift people out of poverty was key, he added. “The only way you’re going to have any chance of getting near 1.5C is if you’re providing practical proof that it’s possible for countries to make this transition,” he said. “The central point about climate change is that, as the developed world’s emissions go down, the developing world’s emissions are going up. In the developing world, they’re going to develop. You cannot say to an African country that has not caused this problem, ‘You can’t develop’. So the only question is, can you help them develop sustainably?”