Despite health crisis, EU presses on with 2030 climate agenda. 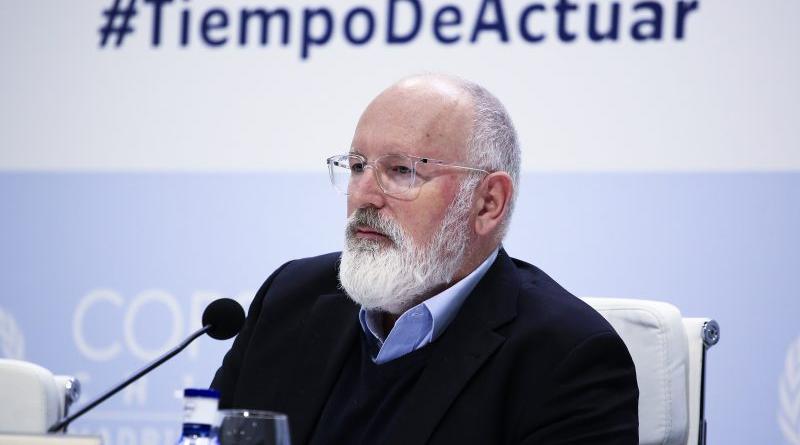 As the battle against the COVID-19 pandemic rages on, the European Commission has tried to stay the course on green policies, launching a public consultation on Tuesday (30 March) to raise the bloc’s climate target for 2030.

“While all the Commission’s immediate political focus is on the task of combating the coronavirus, we are continuing our preparatory work on long-term policy priorities including the European Green Deal,” the Commission said in a statement.

The online public consultation will seek input into the EU’s updated climate target for 2030 and determine whether the bloc should reduce its greenhouse gas emissions by 50% or 55% compared to 1990 levels, up from 40% currently.

“Revising the current 2030 target upwards will put the EU on a more gradual pathway to climate-neutrality by 2050,” the Commission’s statement said.

Once agreed, the new 2030 target will be added to the bloc’s recently tabled European Climate Law and unleash a flurry of updates to all related EU laws, “including legislation on energy efficiency, renewable energy, effort sharing and the EU emission trading system,” the Commission said.

Ursula von der Leyen’s new Commission put climate change at the centre of a European Green Deal aimed at cleaning up the environment and bringing global warming emissions to net-zero by 2050.

But the coronavirus pandemic has relegated those plans to second-ranking priority, as all political attention now focuses on combatting the outbreak and the recession that is widely expected to follow.

EU heads of states backed that vision last week when they tasked the Commission to prepare a recovery plan putting the green and digital transitions at its heart.

The online consultation is open until 23 June and invites contributions from all citizens or interested parties.

But environmentalists were immediately disappointed that the Commission’s questionnaire does not include an option to push for larger emissions reductions than the suggested 50-55% target for 2030.

Wendel Trio, the head of environmental group CAN Europe, said that sticking to the Paris Agreement’s 1.5°C global warming objective “means a target of at least 65% reductions for the EU”.

WWF’s Alex Mason also pointed out that the Commission only gave respondents limited options as part of its consultation on its long-term climate plan for 2050 as well.

According to the United Nations Environment Programme’s latest emissions gap report, the EU would need to reach more than 65% emission cuts to curb end-of-century temperature rise at 1.5°C.

EU climate chief Frans Timmermans said during his European Parliament hearing last October that he “would be surprised” if the Commission’s ongoing impact assessment does not recommend the 55% option.

And a recent cost-benefit analysis into the EU’s updated climate target, launched at the end of March, was seen as preparing the ground for the higher of the two benchmarks.

Timmermans was criticised after the launch of the Climate Law on 4 March because of his insistence that work on a full cost-benefit study on the 2030 target would take until September to complete.

The consultation confirms the Commission’s timeline by setting 23 June as the deadline to submit contributions.

“Policies must be designed in a responsible way,” the Dutchman said at the time, dismissing calls by a group of 12 EU environment ministers who urged the Commission to complete its cost-benefit analysis in June instead of September.

Critics say a proposal in September will be too late for MEPs and national governments to agree on a new 2030 climate target before a crucial bilateral summit with China that month and the end-of-year COP26 in Glasgow.

CAN Europe’s Wendel Trio said that “we regret that with the end date of the consultation the Commission is implying it has given up trying to come with a new 2030 target proposal in time for the June European Council”.

The June EU summit was previously earmarked as a crucial milestone in EU climate policy –  before coronavirus threw the legislative calendar into flux – as Poland had pledged to revisit the bloc’s climate neutrality pledge after opting out of it in December.

But member states might actually hinder the Commission’s work further by failing to submit their national energy and climate plans (NECPs) for 2030, which Timmermans and his services need to fuel the ongoing impact assessment.

Six countries – not including the United Kingdom, which left the bloc in January – are yet to turn in their finalised strategies and are three months overdue after a December deadline elapsed at the beginning of the year.

Latecomers France, Germany, Ireland, Luxembourg, Romania and Spain are at different stages of approving their plans. One EU official told EURACTIV that asking the Commission to complete its assessment quicker was “a bit hypocritical” of certain countries.

The European Council is still able to meet in virtual format and has already adopted legislation by written procedure. According to a draft calendar for April, energy ministers might hold an informal meeting at the end of the month to discuss the NECPs issue.

Everyone, everywhere: the global challenge of climate change.