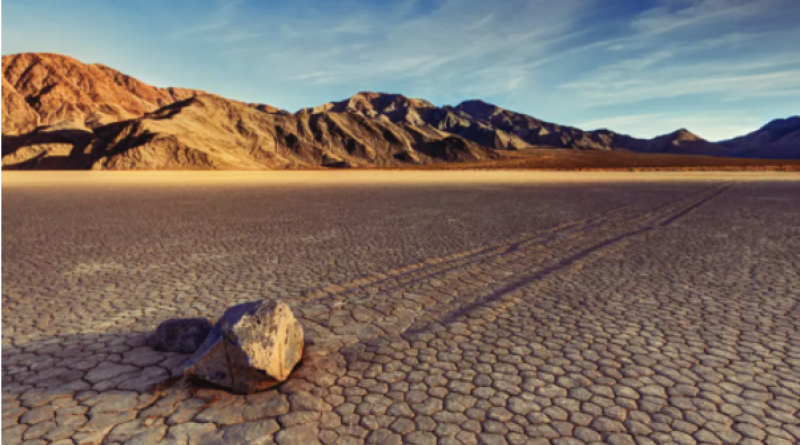 Death Valley is more than earning its morbid name this weekend, as temperatures in the California desert reached a near-record-breaking 130 degrees Fahrenheit (54.4 degrees Celsius), according to news reports

That makes it a tie for the hottest temperature ever verified on Earth since the mercury hit 131 F (55 C) on July 7, 1931, in Kebili, Tunisia, The Washington Post reported. Though an even hotter temperature of 134 F (56.7 C) was recorded in Furnace Creek (then called Greenland Ranch) in Death Valley, on July 10, 1913, per Guinness World Records, some climate scientists say that reading was not verified, the Post said.

Rewind to nearly a year ago, on Aug. 16, Death Valley also smashed heat records with a 130-F reading, Live Science reported at the time.

No stranger to extremes, Death Valley is one of the hottest and driest places on Earth due to the shape of the valley and its location relative to mountain ranges. For instance, as storms move inland from the Pacific Ocean, they pass over mountain ranges on the eastward trek; vapor-dense storm clouds hit the ranges, rise up and cool, leading to condensation and of course rain or snow. When the clouds reach the other side of the mountains, they have much less moisture, something called a dry rainshadow, according to the National Park Service (NPS). With four mountain ranges between Death Valley and the ocean, clouds tend to be parched by the time they reach the desert.

These mountain ranges also act as walls around the narrow Death Valley basin, which sits below sea level. When sunlight heats up the valley's dry surface, the radiation gets trapped by these steep "walls," the NPS said.

But Death Valley is not the only spot suffocating under a heat wave. Heat alerts will affect more than 30 million people in the western U.S. where triple-digit temperatures are forecast through the weekend, CNN reported.

The National Weather Service has issued "very high" heat alerts — meaning everyone in these areas faces health risk from the heat — for much of California, Nevada, Arizona and Utah, CNN reported.

The "oppressive heat wave" across the western U.S. is the result of a so-called heat dome, or a ridge of high pressure that's trapping hot air close to the surface while preventing any possible precipitation, the NWS said in an advisory.

"Widespread high temperatures of 110 [F] and above are forecast for the Southwest deserts as well as the central California valleys," the NWS said. "Highs in the 100s are likely across the Great Basin and into the upper 90s for the interior Pacific Northwest."

Some relief could be on the way, though. A cold front is moving south from Canada and could cool off Montana on Monday (July 12), the NWS said. And a pocket of cool air is moving east from the Pacific, and may provide a bit of relief to parts of northern California.