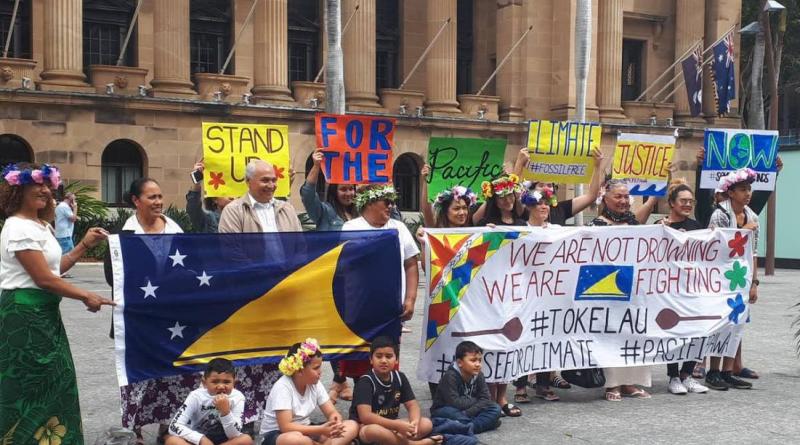 Why the climate movement has been telling the wrong story and how to make it right.

As climate impacts escalate, more people will be forced to leave their home in search of safety and dignity. All indicators suggest that without urgent action, the current global policy responses to forced migration which include containment, exclusion, surveillance and detention, will be extended to those displaced by climate change.  Every day, around the world, these policies give rise to human rights violations and rob people of their dignity.

Current narratives around climate and migration, often deployed by the global north climate movement and security think tanks are feeding into the populist right-wing agenda and are potentially more detrimental than useful in supporting people that have been forcibly displaced. In order to ensure we don’t amplify existing human rights abuses, we need to explore and redefine how we communicate around the climate migration nexus.

For the last few years reporting on climate and migration has been alerting us all to the accelerating climate crisis and the impacts that events will have on millions of people, forcing displacement and mass upheaval. This is now no longer a distant possibility, it’s happening now.

There is no conclusive figure of how many people will need to move.   No consensual estimate exists, let alone a commonly agreed methodology. As a result, predictions and estimates have become one of the most contentious issues in the debates on climate migration. Depending on the study, numbers oscillate wildly from 50 million to 1 billion by 2050. The  Global Report on Internal Displacement 2020  estimates that at the end of 2019 approximately 5.1 million were displaced as a result of disasters.

Those of us concerned about the climate change and impacts on migration have assumed that highlighting the scale of future displacement would trigger global, humanitarian responses and  that it would spur governments around the world into action- to mitigate, adapt and prepare for climate  impacts. There is no evidence to support this.

However what we can be sure of is that over the last decade or so anti-migrant and anti-refugee actors have ramped up the ‘fear factor’ to increase their grip on domestic and regional politics and normalise further erosions to human rights in the policy responses to women, children and men who move in order to find safety.

Inadvertently frames that use crisis language like ‘mass migration’, ‘unprecedented migration’, ‘waves of migration’ feed into this perceived  ‘fear factor’ or ‘threat narrative’ and will be used to justify treating those that have been forcibly displaced by a rapidly warming world with walls, bullets, drones, cops, and cages.”  (Storming the Wall: Climate Change, Migration, and Homeland Security’ by Todd Miller).

The Climate movement must pay heed to the challenges of the migration movement, and not exacerbate them.  We need to dive deeper into the subject area and to build wider movement understanding to improve how we communicate around climate and migration.

Humans have always migrated and it is highly likely to increase over the coming decades as a result of climate impacts. If we understand it better, are able to analyse data, predict hotspots and push back on dominant dangerous anti -migrant narratives we could actually start to build safe passages for migration with equity, dignity and humanity at the core of its principals.

Another dominant narrative around migration is the good versus bad migrant dynamic. There are those who are fleeing war, persecution for various grounds are good and there are those that are bad – like people who are deemed to be economic migrants and therefore less legitimate. Whilst absurd given the massive dependence on migrant labour in Europe, US and Australia, the right wing press love nothing more to attack foreign workers.

It’s not necessarily helpful to create a new category of migration to categorise those displaced by climate impacts. It runs the risk of feeding into the narrative that some people have more legitimacy than others to migrate. We need to recognize forced displacement due to climate  as yet another factor in the multiple reasons that people migrate but we need to integrate it and understand it as part of current global migration dynamics, rather than a stand alone reason.

There is a third factor which contributes to dangerous narratives around climate migration. Organisations working around the environment and climate crisis tend to be divided between those that see it as an interconnected humanitarian crisis and those that see it as an environmental crisis, where population control and closed borders would be appropriate responses . For the more conservative environmental organisations, supporter bases and funders may well come from a more conservationist, protecting nature perspective.

The Global North climate movement needs to address this, if we don’t build climate justice deep into the work that we are doing to mitigate and adapt to some of the worst impacts of climate change we will be repeating history over and over again by recreating systems that have led to the current situation in the first place.

As Naomi Klein says in her book, This Changes Everything- “In the hot and stormy future we have already made inevitable through our past emissions, an unshakeable belief in the equal rights of all people and a capacity for deep compassion will be the only things standing between civilization and barbarism.”

Those being displaced by climate events are being thrown into an already collapsing system and face the same dehumanising and cruel treatment that those seeking safety across the world are confronting.

Whilst many people do not want to leave their homes and livelihoods, migration is part of the solution and a form of adaptation to climate change. We need to ensure the climate movements’ work supports people being safely able to migrate. Progressive movements need to tackle narratives by working together, sharing knowledge and building new opportunities for collaboration. The climate movement has a lot to learn from organisations working on migration and racial justice issues and needs to support and share its resources if it is going to be a useful ally and importantly, not a dangerous one. There are also many lessons from the climate movement that could help in advancing migrant support campaigns.

With COP26 in November and promises of far reaching climate action,  organisations working with climate and migration need to come together to demand an approach to migration that is rooted in equity and dignity and will work to advance human rights for all.

Check out this briefing on Brief_ Climate migration & dangerous narratives for further information or to discuss any of this please contact Brami Jegan brami.jegan@gsccnetwork.org and Kim Bryan kim.bryan@350.org.