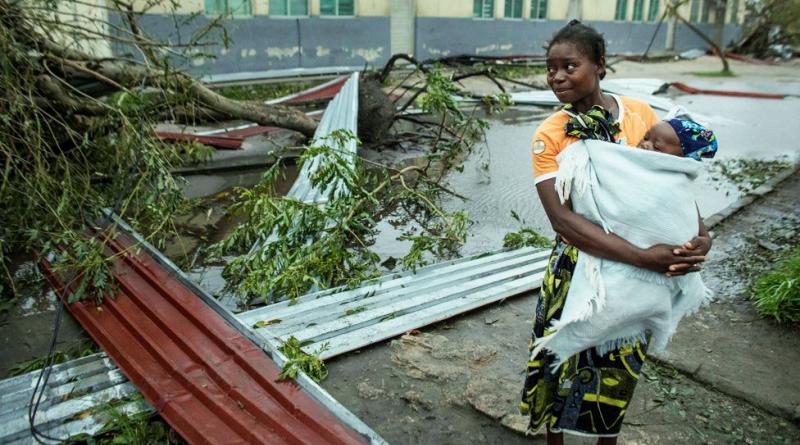 Aid agencies are scrambling to reach survivors of Cyclone Idai, which swept through Mozambique, Malawi and Zimbabwe last week, destroying towns and villages in its path.

Hundreds of people have been killed and hundreds of thousands more have been affected by what the UN says could be "one of the worst weather-related disasters ever to hit the southern hemisphere".

Here's what we know so far about the impact of the cyclone.

Large areas are under water

The storm made landfall near the port city of Beira in Mozambique's Sofala province on 14 March, packing winds of up to 177 km/h (106 mph) and bringing torrential rain. 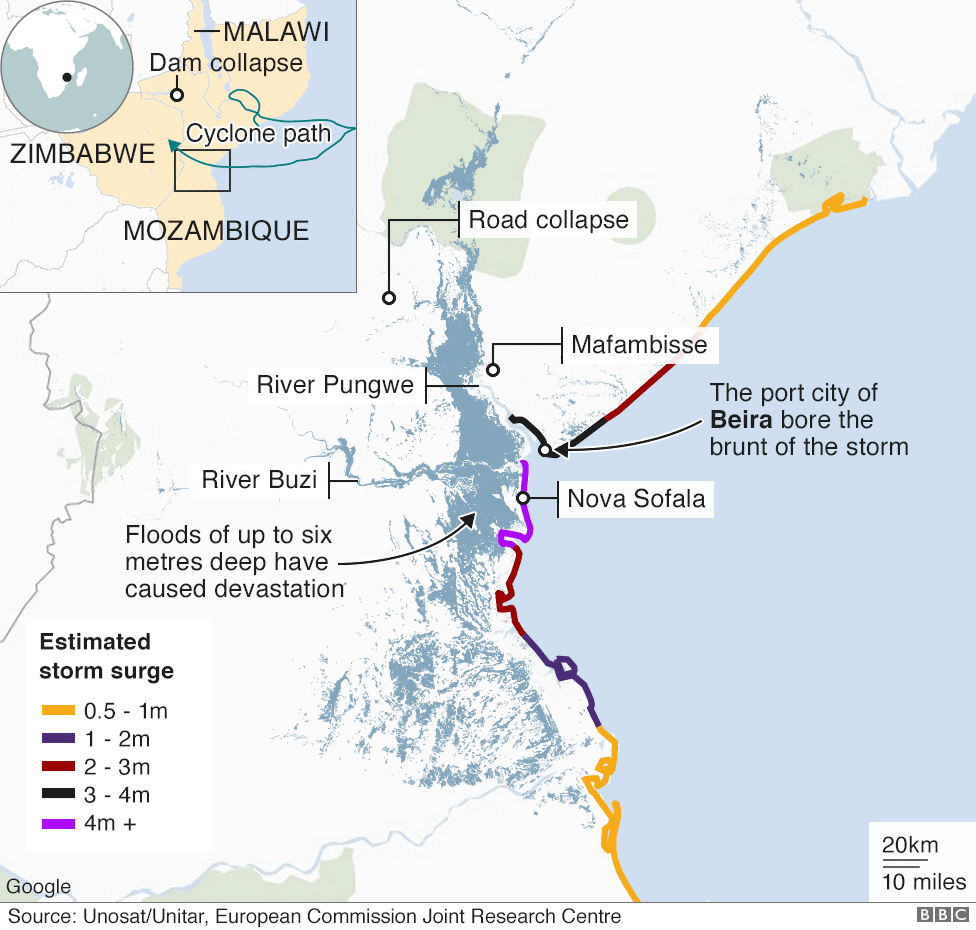 Floods of up to six metres deep have caused "incredible devastation" over a huge area in Mozambique, the World Food Programme (WFP) has said, with homes, roads and bridges washed away.

Aid staff who flew over the area have spoken of "inland oceans extending for miles and miles".

The worst of the flooding has been in Mozambique, with rivers flowing downstream from neighbouring countries. The area close to the River Buzi west of Beira has been particularly hard-hit. 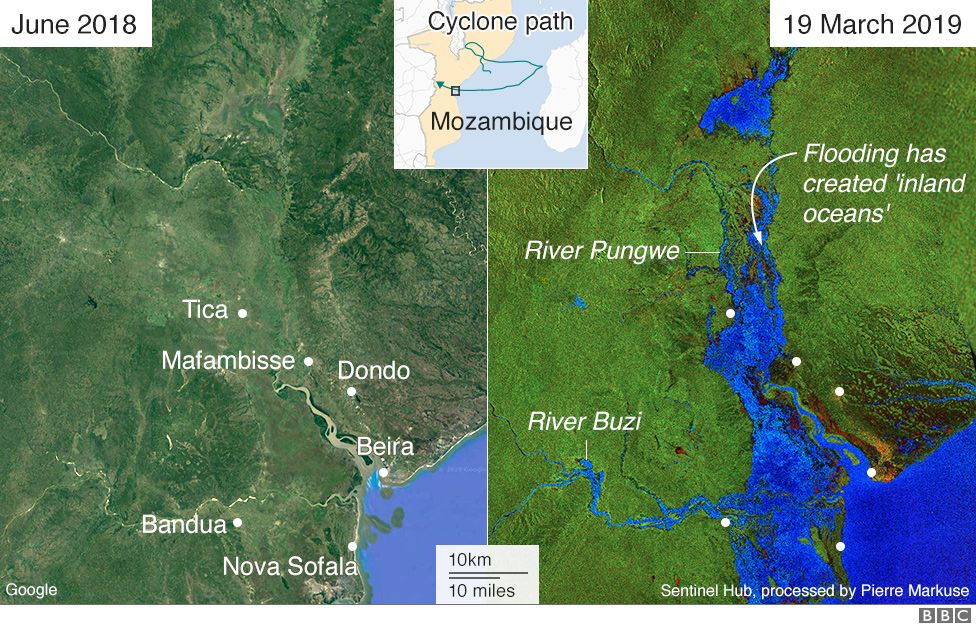 Aid groups are now struggling to reach survivors trapped in remote areas where villages were submerged.

Thousands were "stranded on rooftops, in trees and other elevated areas", said Unicef spokesperson Christophe Boulierac.

It is feared the situation could get worse in both Mozambique and Zimbabwe, with heavy rain set to continue.

The storm hit one of the worst places

The storm first struck Beira - Mozambique's fourth-largest city and a port that sits on the mouth of the River Pungwe.