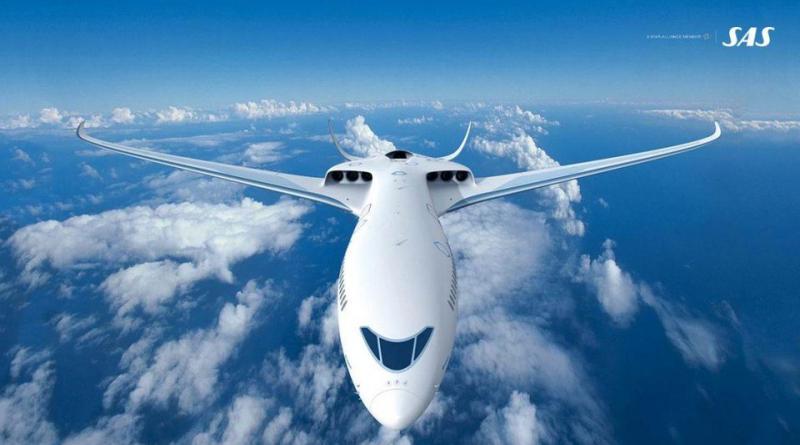 Will hybrid electric aircraft be viable for commercial service in the not-so-distant future? Airbus and SAS Scandinavian Airlines are collaborating to explore the technology's potential.

Facing pressures to reduce their impact on the environment, with some governments pushing for taxes to address emissions, airlines and aircraft manufacturers are looking for greener alternatives: from carbon offsetting schemes, to firm industry sustainability targets, development of alternative fuels and even exploration of alternative propulsion systems.

During Airbus Innovation Days last week in Toulouse, Airbus and SAS Scandinavian Airlines announced that they had signed a Memorandum of Understanding for joint research into a hybrid and electric aircraft eco-system and its infrastructure requirements. The research project launches in June and will continue through the end of 2020.

The companies will explore the operational and infrastructure challenges involved with the large-scale introduction of hybrid and full electric aircraft in commercial airline operations.

“We are proud of our ambitious sustainability work and are now pleased that Airbus has chosen SAS to partner up with us for this future project. If this becomes a reality, it will revolutionize emissions,” said Rickard Gustafson, CEO, SAS.

The two companies also hope to involve a renewable energy supplier in the project.

While SAS points out that today’s aircraft are about 80% more fuel efficient per passenger kilometer than they were 50 years ago, air traffic growth is expected to double over the next 20 years and there is greater concern today about what that level traffic means for the environment than there was 50 years ago, or even twenty years ago.

Proposals like the Green New Deal in the U.S., reflect broader global concerns over climate change that warrant action.

The impact of flying, compared to alternative forms of transportation, is also on the agenda of Europe’s green parties, where pressure is mounting to choose electric rail over short regional flights. Doing so is feasible in Europe, where rail networks are extensive, accessible and affordable.

When considering the time it takes in total—from home, through the airport boarding process, through to arrivals and to the final destination—a journey by air can easily exceed the two hour and thirty minute rail journey that some politicians have suggested as a guide for whether or not to fly or between European cities.

Still, using rail as an alternative to flying only works for some of the world’s domestic markets. Domestic airline operations only accounted for 36% of global air traffic last year and many of those domestic flights may exceed two hours and thirty minutes. Flying is often the only reasonable alternative to get from point A to B—especially for long distance travel and travel over oceans.

Airlines contribute to a modern society and are an essential part of daily life, which is why the industry has prioritized finding sustainable solutions to their operations.

In Scandinavia, environmental impact taxation has been a contentious issue. Some allege it is little more than a government grab for a larger share of airlines’ thin margins. Others warn of ongoing, if unintended,negative impact on the region’s airports and economy.

The environmental tax introduced in Sweden last year has dampened Stockholm Arlanda’s plans for growth and prompted both Norwegian and SAS to reduce the number of long-haul routes planned from the city. Some flights have moved to Copenhagen Kastrup Airport as a result.

If there is a benefit to environmental taxes, or at least the threat of them, it is that they have prompted Scandinavia’s airlines and airports to take the lead in exploring eco-friendly alternatives.

Oslo’s airport was the world’s first to establish a regular supply of aviation biofuel to its customers. While prices for biofuel were initially much higher than standard jet fuel, these fuels are becoming competitive as production advances.

SAS made a firm commitment to purchasing biofuels and the airline’s CEO has called for an increased affordable supply. The airline has also made other environmental commitments as part of its broader sustainability plan.

“SAS takes ambitious steps to reduce the negative impact from aviation through innovation, smart solutions and major investments in the latest technology, without compromising the important role of the aircraft in our society – enabling people to meet and contribute to value creation and growth,” Rickard Gustafson, President and CEO in SAS said last year at a meeting in Oslo of Nordic-based CEOs working towards UN Sustainable Development Goals, adding: “With reference to UN Sustainable Goals no. 9, 12 and 13, SAS will reduce CO2 emissions by 25 % by 2030, and use advanced biofuels equivalent to all SAS domestic air traffic.”

Reducing aviation’s impact on the environment is an industry-wide goal. Airlines have committed to achieving carbon-neutral growth from 2020 onwards, and to cutting aviation net emissions by 50% by 2050 (compared to 2005 levels).

IATA’s Director General and CEO Alexandre de Juniac repeated this commitment in advance of the Annual General Meeting in Seoul, saying: “This is a very big year for sustainability. Since January, airlines have been tracking their carbon emissions, in preparation for the 2020 introduction of CORSIA, the Carbon Offsetting and Reduction Scheme for International Aviation. With the 40th International Civil Aviation Organization (ICAO) Assembly taking place later this year, we will have the opportunity to remind governments of the importance of meeting their CORSIA commitments.”

Both Airbus and Boeing have been investing in the study of alternative fuels, alternative propulsion systems, and on designing more fuel-efficient aircraft.

Airbus’ and SAS’ latest exploration of hybrid-electric and electric propulsion technologies for commercial aircraft are ambitious, but will require advances in batteries, engines and charging methods.

It’s not clear, or even likely, that a one year research project will yield a working solution, but learnings from this exploration will benefit the airline industry as it flies towards a greener future.