Could the climate crisis have played a role in the emergence of Covid-19? 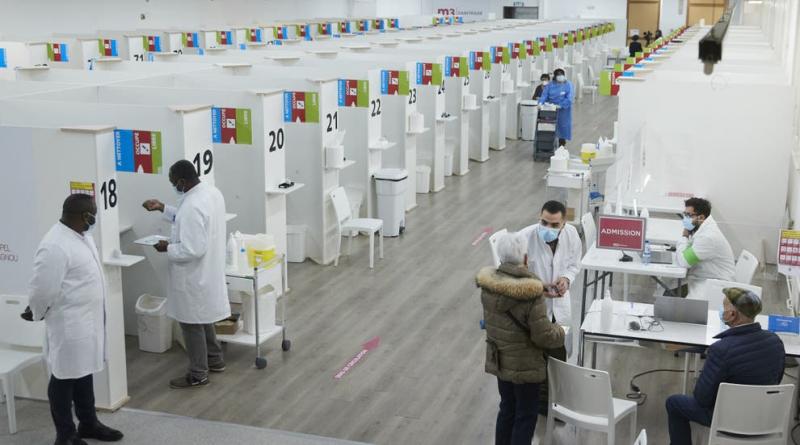 A new study suggests a ‘possible role’ for the climate crisis in the emergence of Covid-19, but scientists tell Daisy Dunne there are still many unknowns in the origins of the pandemic.

Scientists have identified a “possible role” for the climate crisis in the origins of the Covid-19 pandemic.

Covid-19 was first recorded in the Chinese city of Wuhan. However, it is not yet clear exactly how the virus emerged. Researchers suspect that the virus initially “spilled over” from bats to humans through an unknown intermediary animal, possibly a pangolin.

A study published today finds that changing climate conditions could be linked to a greater diversity of bat species in Yunnan, a province of southwestern China, and its surrounding regions. Early research suggests that the virus causing Covid-19, which is called SARS-CoV-2, could have arisen in this area.

The new study suggests that, over the past century, changes to temperature, rainfall and CO2 levels have caused a shift in the type of vegetation found in the region. This shift has seen tropical shrublands increasingly replaced with tropical savannahs and deciduous woodland, creating more habitat suitable for bat species, according to the results.

Using modelling, the scientists estimate that 40 bat species have moved into the region since the early 20th century as a result of “climate change-driven range shifts”, likely bringing around 100 coronaviruses with them. This makes the region a “global hotspot” for increased bat species diversity, according to the results.

The increase in bat diversity in the region could have created novel opportunities for viruses to pass from animals to humans, the researchers say.

“We speculate that this could have created new opportunities for cross-species viral transmission, which may have facilitated the eventual spill-over to humans,” Dr Robert Beyer, lead author of the research paper published in the journal Science of the Total Environment and a research fellow at the Potsdam Institute for Climate Impact Research in Germany, tells The Independent.

The findings “provide evidence of a possible contributing role of climate change” in the emergence of Covid-19, the authors say in their research paper.

However, other researchers have said it may be too soon to say whether there is a link between shifts in bat species diversity in Yunnan and the emergence of Covid-19.

“The paper is interesting but there are many untested aspects of their conclusions, especially since we are still debating the origins of Covid,” said Prof Paul Valdes, a researcher at the Cabot Institute for the Environment at the University of Bristol.

“They show that climate change may have had a small impact on the biodiversity of bat species in Yunnan but this is more than 2,000km away from Wuhan and the link between the two regions is not discussed.”

Early research has identified Yunnan and its surrounding region as the possible place of origin for the virus causing Covid-19. This is because scientists have discovered that bats living in the area carry coronaviruses that are closely related to SARS-CoV-2. However, it is still far from certain where the virus first originated and the issue is still being investigated by researchers.

It is also worth noting that the factors behind animal-to-human disease spillover are “complex”, says Prof Kate Jones, chair of ecology and biodiversity at University College London.

“Climate change certainly has a role to play in changing species distributions to increase ecological hazard,” she tells The Independent.

“However, spillover risk is a complex interplay of not only ecological hazard but human exposure and vulnerability.

“It may turn out that increases in human populations, human movement and degrading natural environments through agricultural expansion have a more important role to play in understanding the spillover process of SARS-CoV-2.”

Diseases can “spill over” from animals to humans when they come into contact with one another. This contact can either be direct – through an animal bite or the consumption of raw meat, for example – or indirect – such as when humans come into contact with a surface that has been contaminated by an infected animal.

These points of contact are moderated by a large range of environmental and social factors. In the case of the virus causing Covid-19, it is still not clear what all of these factors were and what the relative importance of each factor could have been, the scientists say.

“The expansion of urban areas, farmland and hunting grounds is certainly a major factor, as it creates more opportunities for human contact with pathogen-carrying wildlife,” said Dr Beyer.

“Our analysis does not allow us to quantitatively assess the contribution of this and other potentially relevant factors, including climate change.”

The research does offer an “interesting” glimpse into how the climate crisis might affect the risk of animal-to-human diseases in the future, says Prof Hans-Otto Poertner, head of biosciences at the Alfred Wegener Institute (AWI).

“This paper is very interesting and offers a hypothesis in line with recent insight into how encounters between humans and virus hosts are likely to increase in the future, involving climate change,” he tells The Independent.

Research suggests rising temperatures and changing rainfall patterns are causing many species to migrate to new areas in search of tolerable living conditions. As species spread to new areas, they will bring new diseases with them, which could have consequences for human health, Prof Poertner explains.

“But there are some questions that are not clear to me and where I would like to see more explanations,” he adds. For example, it is not clear where the new species of bats that moved into Yunnan over the past century could have come from, he says.