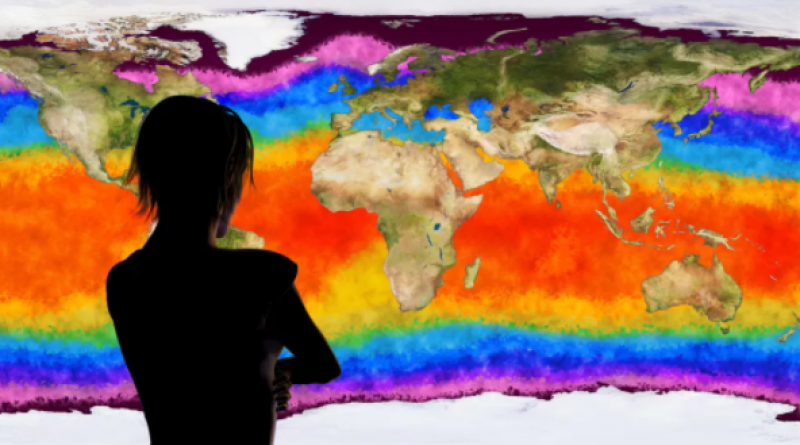 The impacts of climate change are here with soaring temperatures, stronger hurricanes, intensified floods and a longer and more severe wildfire season. Scientists warn that ignoring climate change will yield "untold suffering" for humanity. But if things are going to get that much worse, could climate change make humans go extinct?

Scientists predict a range of devastating scenarios if climate change is not kept under control, but if we just consider the direct impacts, then there's some good news; it's unlikely to cause our extinction.

"There is no evidence of climate change scenarios that would render human beings extinct," Michael Mann, a distinguished professor of atmospheric science at Penn State and author of "The New Climate War: The Fight to Take Back Our Planet" (PublicAffairs, 2021), told Live Science in an email.

However, it's possible that climate change will still threaten the lives of hundreds of millions of people, such as by leading to food and water scarcity, which has the potential to trigger a societal collapse and set the stage for global conflict, research finds.

Too hot to handle?

Humans are increasing the amount of greenhouse gases, such as carbon dioxide and methane, in the atmosphere through the burning of fossil fuels and other activities. These gases trap and hold heat from the sun, causing global temperatures to rise and the climate to change much faster than it otherwise would, putting humanity on a dangerous path.

A runaway greenhouse effect is probably the only way climate change impacts could directly cause human extinction, according to Luke Kemp, a research associate at the Centre for the Study of Existential Risk at the University of Cambridge in the United Kingdom. This effect happens when a planet is caught in an unstoppable, positive feedback loop of warming and absorbs more heat than it loses, until the planet's oceans evaporate and it can no longer sustain life.

Fortunately, the runaway greenhouse effect is not a plausible climate change scenario on Earth. For the effect to occur, a planet needs carbon dioxide levels of a couple of thousand parts per million (Earth has a little over 400 parts per million) or a huge release of methane, and there isn't evidence for that at this time, Brian Kahn, a research scientist at NASA’s Jet Propulsion Laboratory, told NASA in 2018.

Venus has the runaway greenhouse effect, but it is much closer to the sun and has a much thicker, carbon dioxide-rich atmosphere that traps more heat than Earth's, Live Science previously reported. The science doesn’t support the notion of runaway warming scenarios, although climate doomists often make such claims, Mann said. "There’s no reason to exaggerate the climate threat. The truth is bad enough, and reason enough to take dramatic action."

According to Mann, a global temperature increase of 5.4 degrees Fahrenheit (3 degrees Celsius) or more could lead to a collapse of our societal infrastructure and massive unrest and conflict, which, in turn, could lead to a future that resembles some Hollywood dystopian films.

One way climate change could trigger a societal collapse is by creating food insecurity. Warming the planet has a range of negative impacts on food production, including increasing the water deficit and thereby reducing food harvests, Live Science previously reported. Food production losses can increase human deaths and drive economic loss and socio-political instability, among other factors, that may trigger a breakdown of our institutions and increase the risk of a societal collapse, according to a study published Feb. 21 in the journal Climatic Change.

Past extinctions and collapses

Kemp studies previous civilization collapses and the risk of climate change. Extinctions and catastrophes almost always involve multiple factors, he said, but he thinks if humans were to go extinct, climate change would likely be the main culprit.

"If I'm to say, what do I think is the biggest contributor to the potential for human extinction going towards the future? Then climate change, no doubt," Kemp told Live Science.

All of the major mass-extinction events in Earth's history have involved some kind of climatic change, according to Kemp. These events include cooling during the Ordovician-Silurian extinction about 440 million years ago that wiped out 85% of species, and warming during the Triassic-Jurassic extinction about 200 million years ago that killed 80% of species, Live Science previously reported. And more recently, climate change affected the fate of early human relatives.

While Homo sapiens are obviously not extinct, "we do have a track record of other hominid species going extinct, such as Neanderthals," Kemp said. "And in each of these cases, it appears that again, climatic change plays some kind of role."

Scientists don't know why Neanderthals went extinct about 40,000 years ago, but climatic fluctuations seem to have broken their population up into smaller, fragmented groups, and severe changes in temperature affected the plants and animals they relied on for food, according to the Natural History Museum in London. Food loss, driven by climate change, may have also led to a tiny drop in Neanderthal fertility rates, contributing to their extinction, Live Science previously reported.

Climate change has also played a role in the collapse of past human civilizations. A 300-year-long drought, for example, contributed to the downfall of ancient Greece about 3,200 years ago. But Neanderthals disappearing and civilizations collapsing do not equal human extinction. After all, humans have survived climate fluctuations in the past and currently live all over the world despite the rise and fall of numerous civilizations.

Homo sapiens have proven themselves to be highly adaptable and able to cope with many different climates, be they hot, cold, dry or wet. We can use resources from many different plants and animals and share those resources, along with information, to help us survive in a changing world, according to the Smithsonian’s National Museum of Natural History.

Today, we live in a global, interconnected civilization, but there's reason to believe our species could survive its collapse. A study published on July 21 in the journal Sustainability identified countries most likely to survive a global societal collapse and maintain their complex way of life. Five island countries, including New Zealand and Ireland, were chosen as they could remain habitable through agriculture, thanks to their relatively cool temperatures, low weather variability and other factors that make them more resilient to climate change.

New Zealand would be expected to hold up the best with other favorable conditions, including a low population, large amounts of good quality agricultural land and reliable, domestic energy. So, even if climate change triggers a global civilization collapse, humans will likely be able to keep going, at least in some areas.

The last scenario to consider is climate-driven conflict. Kemp explained that in the future, a scarcity of  resources that diminish because of climate change could potentially create conditions for wars that threaten humanity. "There's reasons to be concerned that as water resources dry up and scarcity becomes worse, and the general conditions of living today become much, much worse, then suddenly, the threat of potential nuclear war becomes much higher," Kemp said.

Put another way, climate change impacts might not directly cause humans to go extinct, but it could lead to events that seriously endanger hundreds of millions, if not billions, of lives. A 2019 study published in the journal Science Advances found that a nuclear conflict between just India and Pakistan, with a small fraction of the world's nuclear weapons, could kill 50 million to 125 million people in those two countries alone. Nuclear war would also change the climate, such as through temperature drops as burning cities fill the atmosphere with smoke, threatening food production worldwide and potentially causing mass starvation.

While avoiding complete extinction doesn't sound like much of a climate change silver lining, there is reason for hope. Experts say it isn't too late to avoid the worst-case scenarios with significant cuts to greenhouse gas emissions.

"It is up to us," Mann said. "If we fail to reduce carbon emissions substantially in the decade ahead, we are likely committed to a worsening of already dangerous extreme weather events, inundation of coastlines around the world due to melting ice and rising sea level, more pressure on limited resources as a growing global population competes for less food, water and space due to climate change impacts. If we act boldly now, we can avoid the worst impacts."

Climate crisis: ‘Humans are intruders’ and the natural world is better off without us, says Sir David Attenborough

Humans already have the tools to combat climate change but we lack leadership.