Cost-benefit analysis does not work well for wicked problems like climate change. 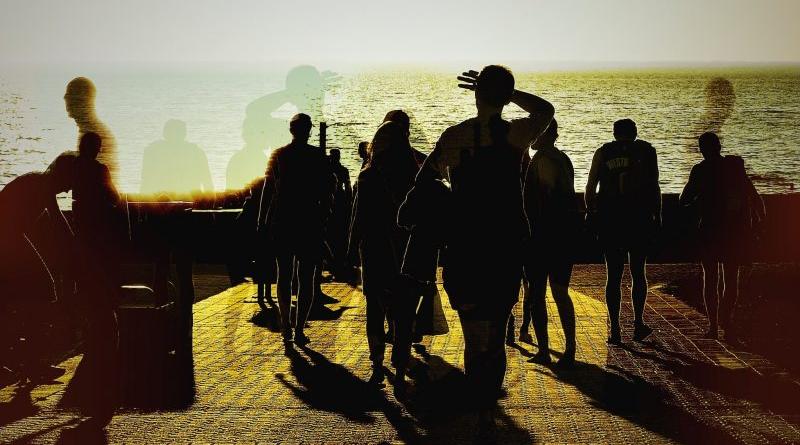 What is the monetary value of being able to breathe in Beijing or New Delhi without discomfort? Beyond the simple numerical challenges, cost-benefit analysis has an inherent ethical blind spot, writes Kevin Noone.

Kevin Noone is a professor of chemical meteorology at the Department of Environmental Science and Analytical Chemistry (ACES) at Stockholm University.

This week, much of Europe has been sweltering in a serious heatwave. High-temperature records are falling all across the continent. Looking further afield, Arctic sea ice reached a new record low for this time of year. Last summer, many parts of Europe were not only unseasonably hot and dry, they were literally on fire.

While no single extreme weather event can be said to be caused by climate change, the science of climate change attribution has matured rapidly in recent years. We can now say that these kinds of events have been made more likely due to human activities.

Climate change now has the attention not only of striking schoolchildren across the world but even of most world leaders.

The challenge, of course, is figuring out how to best respond.

An insightful example of this challenge comes from the run-up to the latest Swedish national election. A national radio programme asked representatives from each of the major political parties what their most important climate initiative would be.

They then asked a colleague and me to rate these initiatives in light of current scientific understanding on a scale of one (lousy) to five (great). Without discussing our ratings in advance, in all but one instance, we ended up having either the same scores or were within one point of each other.

The exception was a party whose most important initiative would be to mandate that our finance department perform cost-benefit calculations for different climate initiatives to see which ones made most economic sense. I was very negative about this idea and gave them zero points.

As a scientist, saying “no thanks” to more information definitely goes against the grain. However, for additional information to be useful, it needs to be unbiased and as complete as possible.

As far as I can see, traditional cost-benefit analysis, when applied to wicked problems like climate change, very seldom provides unbiased, complete information. Its indiscriminate use sends us signals that are often biased, in too many cases incorrect, and sometimes even downright dangerous.

The fundamental limitation with cost-benefit analysis is that the results depend entirely on what costs and benefits you choose to include in your calculations. Even if well-intentioned, these choices are always arbitrary. The results of the calculation will be arbitrary as well.

Often, monetary estimates of expected costs are easier to make than estimates for benefits. It is not too difficult to estimate the cost for an SO2 scrubber unit for a 1000-megawatt coal-fired power plant.

There will be a range of prices for this unit. Without even being dishonest, I can bias my results by choosing the cheapest or most expensive estimate – depending on what answer I want to get.

What monetary value can we assign to preventing sea level rise from washing away a traditional burial site for the Pointe-au-Chien Tribe of southern Louisiana? Since these values are difficult to estimate, they are often left out of the equation.

They are without worth in the calculation. Costs for making improvements can be easily overestimated, and benefits underestimated or ignored.

Beyond the simple numerical challenges, cost-benefit analysis has an inherent ethical blind spot. Ponder this calculation. In 2017, the US Department of Agriculture estimated that monetary costs of raising a child to the age of 18 in the US (excluding the cost of a college education) was $233,610.

Let’s say you received an offer to buy your just-turned-17 daughter for $250,000. By accepting the offer, not only would you recoup all the costs you incurred under her upbringing, but you would also avoid the $12,978.33 cost of raising her for the final year until she turned 18. Indiscriminate use of cost-benefit analysis gives us a clear answer: Sell your child. Would you?

In his wonderful book about the limitations of cost-benefit analysis, Poisoned for Pennies, economist Frank Ackerman writes: “As the German philosopher Immanuel Kant put it, some things have a price, or relative worth, while other things have a dignity, or inner worth.

The failure of cost-benefit analysis, in Kantian terms, stems from the attempt to weigh costs, which usually have a price, against benefits, which often have a dignity.”

In a public lecture for the Royal Economic Society way back in November 2007, prominent economist Sir Nicholas Stern characterised the failure of economic models to properly capture the true costs and benefits of climate change by saying: “Climate change is a result of the greatest market failure the world has seen.” I can only agree with him.

Even earlier, Oscar Wilde wrote: “Nowadays people know the price of everything and the value of nothing.”

Cost-benefit analysis is an appropriate and useful tool – when applied to the proper questions. It does not work well for wicked problems like climate change. We need to stop trying to pound down the climate change nail using a screwdriver and start using a proper hammer instead.