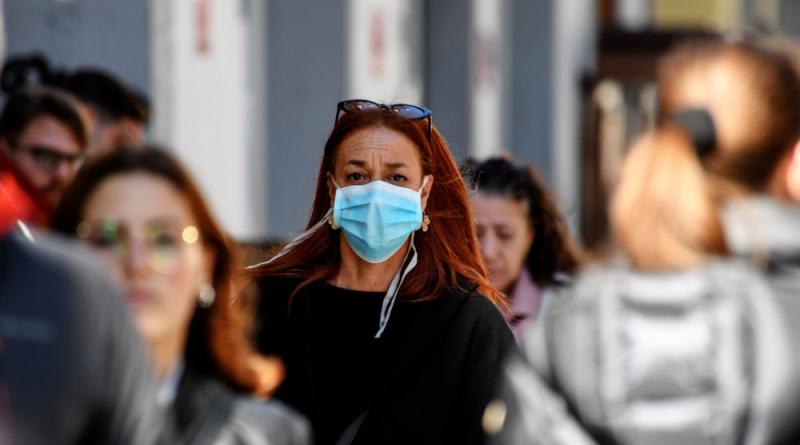 When the COVID-19 pandemic is past, societies may adopt some important measures that would lower emissions, from more teleconferencing to shortening global supply chains. But the most lasting lesson may be what the coronavirus teaches us about the urgency of taking swift action.

Α frightening new threat cascades around the world, upending familiar routines, disrupting the global economy, and endangering lives. Scientists long warned this might happen, but political leaders mostly ignored them, so now must scramble to respond to a crisis they could have prevented, or at least eased, had they acted sooner.

The coronavirus pandemic and the slower-moving dangers of climate change parallel one another in important ways, and experts say the aggressive, if belated, response to the outbreak could hold lessons for those urging climate action. And while the dip in greenhouse gas emissions caused by the sharp drop in travel and other economic activity is likely to rebound once the pandemic passes, some carbon footprint-shrinking changes that the spread of COVID-19 is prompting could prove more lasting.

Both the pandemic and the climate crisis are problems of exponential growth against a limited capacity to cope, said Elizabeth Sawin, co-director of Climate Interactive, a think tank. In the case of the virus, the danger is the number of infected people overwhelming health care systems; with climate change, it is that emissions growth will overwhelm our ability to manage consequences such as droughts, floods, wildfires, and other extreme events, she said.

With entire nations all but shutting down in hopes of slowing the viral spread, “the public is coming to understand that in that kind of situation you have to act in a way that looks disproportionate to what the current reality is, because you have to react to where that exponential growth will take you,” she said. “You look out the window and it doesn’t look like a pandemic, it looks like a nice spring day. But you have to close down all the restaurants, the schools.”

The virus has shown that if you wait until you can see the impact, it is too late to stop it.

While the disease is playing out more quickly than the effects of global warming, the principle is the same, she said: If you wait until you can see the impact, it is too late to stop it.

Governments’ responses have morphed almost as fast as the threat. French President Emmanuel Macron ordered all non-essential businesses to close barely a week after spending an evening at the theater with his wife. British Prime Minister Boris Johnson and New York Mayor Bill de Blasio made similarly abrupt shifts, and President Trump pivoted from downplaying the virus’s dangers to backing measures that had seemed unimaginable shortly before.

“We are watching our political leaders learn these lessons live on TV, within days,“ Wagner said. “That’s a learning curve we have never seen with anything, at least not in my lifetime.”

Now, he said, politicians who have grasped the terrifying power of compounding growth must apply that new understanding to the climate.

And as with the coronavirus, said Wagner, climate policies must push everyone to take heed of the costs their actions — whether disease exposure or carbon emissions — impose on others. “It’s all about somebody else stepping in and forcing us to internalize the externality, which means don’t rely on parents to take their kids out of school, close the school,” he said. “Don’t rely on companies or workers to stay home or tell their people to stay home, force them to do so or pay them to do so, but make sure it happens. And of course that’s the role of government.”

In Sawin’s view, the pandemic’s multi-layered impact supports an argument U.S. Green New Deal backers have been making: Tackling our biggest problems in tandem may be more effective than taking them on one at a time. Just as those without sick leave may spread the virus because they must work while infected, unaffordable child care and an employer-based health insurance system can rob people of the flexibility to relocate for jobs in growing industries like clean power, she said. “People are starting to understand that to have a whole society shift behavior really quickly, you need to support everyone,” Sawin said. “A social safety net reduces the friction of change.”

Another parallel between the two crises is that we could have headed them off, said Michele Wucker, author of The Gray Rhino: How to Recognize and Act on the Obvious Dangers We Ignore. The book’s title is the metaphor Wucker uses for a high-probability, high-impact event, a counterpoint to the popular idea of a black swan, the term writer Nassim Nicholas Taleb coined for a very unlikely but highly damaging event that is by its nature hard to foresee.

Voters reward politicians for fixing problems, but rarely for preventing them.

Both viral spread and climate change are gray rhinos, Wucker said — “the 2-ton thing that’s coming at you, and most of the time we downplay it or neglect it. We kind of miss the obvious.”

The Trump administration, which has aggressively rolled back measures meant to reduce carbon emissions, also axed the National Security Council’s global health security office and sought to cut funding to the Centers for Disease Control and Prevention. And, like many other countries, the United States did little to ramp up coronavirus preparations even as the disease ravaged China.

Wucker said there were political, structural, and psychological reasons for such inaction. “Heading off a risk is risky in and of itself,” she said. “People are afraid of doing the wrong thing,” more than they are of doing nothing. Voters reward politicians for fixing problems, but rarely for preventing them, giving leaders incentive to kick knotty issues down the road.

And powerful interests are vested in maintaining the status quo, she pointed out. That dynamic has been central to the global failure to act on climate, with the fossil fuel industry funding a decades-long effort to cast doubt on climate science, and lobbying to thwart changes that would threaten its profits.

In the case of COVID-19, while some have sought to deny the seriousness of the coronavirus, people and governments have mostly been far quicker to appreciate its danger. That may in part be because we are instinctually more frightened of disease than of climate threats that many people struggle to envision, Sawin said.

More importantly, though, “one of the richest industries in human history [fossil fuels] isn’t trying to prevent people from understanding” the coronavirus, she said.

The global response to COVID-19 — a near halt in international aviation, factories closing in China and elsewhere, a panicked scramble to enable remote work — will almost certainly bring a downward blip in carbon emissions.

But such changes are likely to be temporary, with emissions from driving, for example, expected to bounce back as soon as people return to workplaces. If many grow fearful of public transportation, commuting’s carbon footprint might even rise further, experts say.

But some new behaviors could outlast the pandemic, including carbon-cutting shifts climate activists have sought for years. The changes most likely to stick in such a crisis are those that were already underway before it hit, said Amy Myers Jaffe, director of the Program on Energy Security and Climate Change at the Council on Foreign Relations.

“The question is what trends were out there that could now happen faster,” she said. At the top of the list, Jaffe believes, is a fall in business travel, as big companies realize video meetings can often accomplish as much as in-person ones.

Similarly, she said, the pandemic may hasten a flattening, or even reversal, in the growth of international trade, which began to slow in 2019 because of tensions over tariffs. “Now, of course, it’s really crashing,” Jaffe said. If virus-induced shutdowns or border closings create shortages of drugs, medical equipment, or other essential items, many nations and companies may be anxious to reduce their vulnerability to highly globalized supply networks. “If we shrink supply chains, if countries are going to produce more of their own goods, I think that is structurally going to reduce oil demand” and shrink shipping’s carbon footprint, she said.

A shift toward remote working may also be here to stay, with some companies abandoning offices altogether.

A shift toward remote working may also be here to stay, said Prithwiraj Choudhury, an associate professor at Harvard Business School. And it doesn’t just mean workers logging on from home in the same city as their company. It offers the freedom to work from anywhere — in a small town with a lower cost of living, for example, or wherever a spouse’s job is, he said. Some companies and organizations have gone completely virtual, abandoning offices altogether.

“There’s a lot of latent demand” among workers for such arrangements, and companies may welcome the change as they realize they can save money by maintaining smaller offices, or none at all, Choudhury said.

Those workplace changes may bring real emission reductions, but Sawin said the pandemic’s most important climate impact could come from people applying the lessons the coronavirus teaches about the urgency of swift action.

When the outbreak finally ends, “if we can tell that story of what we just went through and help people understand that this is an accelerated version of another story we’re going through that has the same plot structure but a different timeline, that could be transformative,” she said.

No one could celebrate a disease spreading so much fear and suffering, Sawin emphasized, but with the losses inflicted by the coronavirus sure to mount, “maybe there’s a kind of honoring of that, to at least take what we learn and put it to good use.”

What Science Has to Say About the Coronavirus — Climate Crisis Connection. A Press Review.