COP27: As it happened on Sunday morning from the GUARDIAN 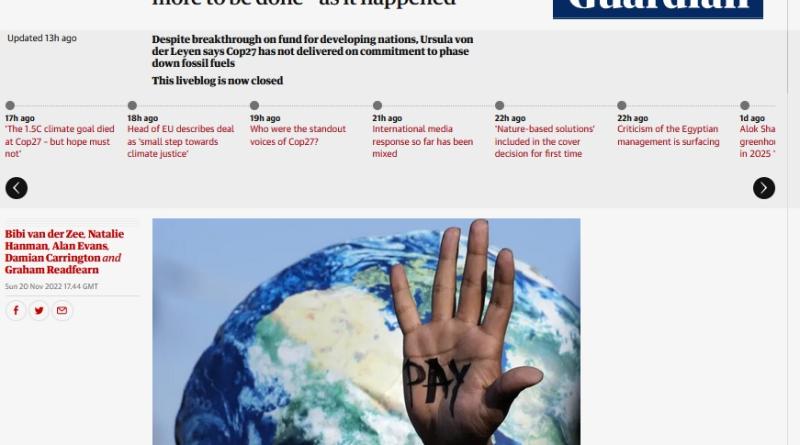 We’re winding up the blog now, but it has been an extraordinary and fascinating, if not always cheering, couple of weeks at Cop.

You can turn to my colleague Fiona Harvey’s long read on exactly what happened at Cop27 for all the drama – and the long, dull moments where nothing seemed to happen too.

But what happened today as the conference centre finally shut its doors?

It’s been a rollercoaster. Next year’s Cop will be in the United Arab Emirates. Thank you for joining us. If you’d like to support the Guardian just nip in here because we couldn’t do any of this without you all. See you in UAE.

The Guardian view on the latest IPCC report: a fast track to climate disaster