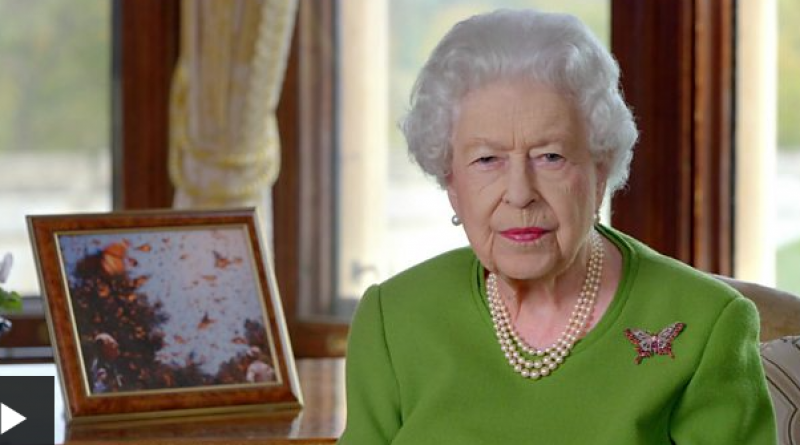 The Queen has urged world leaders at the COP26 climate summit to "achieve true statesmanship" and create a "safer, stabler future" for the planet.

In a video message, she said many people hoped the "time for words has now moved to the time for action".

She urged them to act "for our children and our children's children" and "rise above the politics of the moment".

The 95-year-old monarch had been scheduled to attend the United Nations conference in Glasgow. But she pre-recorded her address last week at Windsor Castle after being advised to rest following medical checks.

The Prince of Wales and Duke of Cambridge are both attending the COP26 conference, which is seen as a crucial gathering if temperature increases and climate changes are to be limited.

In her address, the Queen recalled how the "impact of the environment on human progress was a subject close to the heart" of the Duke of Edinburgh. She referred to his warning at a 1969 academic gathering of the dangers of failing to address pollution.

The Queen said: "It is a source of great pride to me that the leading role my husband played in encouraging people to protect our fragile planet, lives on through the work of our eldest son Charles and his eldest son William.

"I could not be more proud of them."

Even though not there in person, this was a surprisingly personal message from the Queen.

She mentions how the environment was a subject close to the heart of "my dear late husband" Prince Philip and says she "could not be more proud" that it was an interest sustained by her son Charles and grandson William.

She also seems to make reference to her own mortality: "None of us will live forever."

But there is also the authoritative voice of someone looking back after almost 70 years as head of state, telling world leaders to take the long view and "rise above the politics of the moment".

The Queen says "statesmanship" means serving the future rather than short-term political rewards.

She might be on the video screen but she was telling world leaders to focus on the big picture. 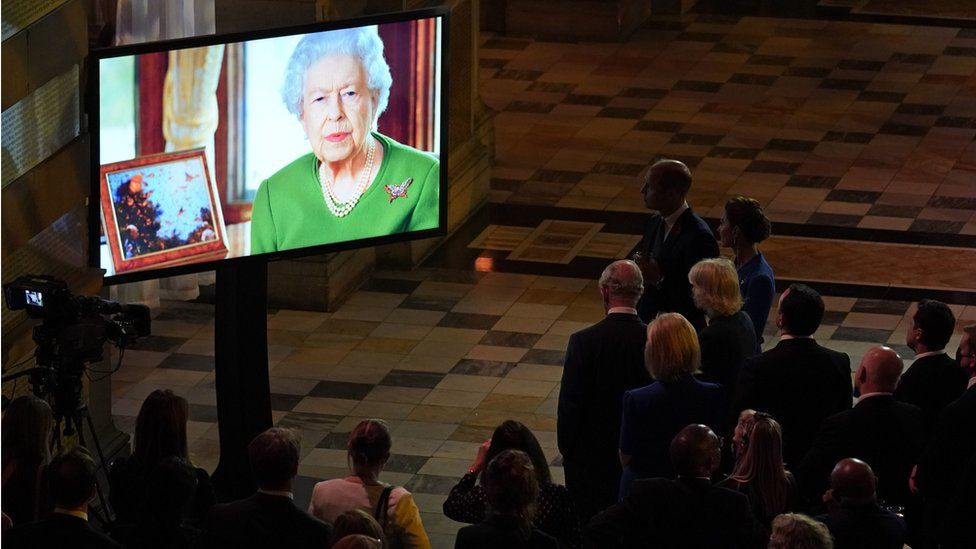 The Queen said she also drew "great comfort and inspiration from the relentless enthusiasm of people of all ages - especially the young - in calling for everyone to play their part".

She said: "In the coming days, the world has the chance to join in the shared objective of creating a safer, stabler future for our people and for the planet on which we depend.

"None of us underestimates the challenges ahead: but history has shown that when nations come together in common cause, there is always room for hope."

In other developments at COP26:

The Queen said she hoped the leaders at COP26 would "rise above the politics of the moment, and achieve true statesmanship".

She added: "It is the hope of many that the legacy of this summit - written in history books yet to be printed - will describe you as the leaders who did not pass up the opportunity; and that you answered the call of those future generations.

"That you left this conference as a community of nations with a determination, a desire, and a plan, to address the impact of climate change; and to recognise that the time for words has now moved to the time for action.

"Of course, the benefits of such actions will not be there to enjoy for all of us here today: we none of us will live forever.

"But we are doing this not for ourselves but for our children and our children's children, and those who will follow in their footsteps."

Ahead of COP26, the Queen was overheard appearing to suggest she was irritated by people who "talk" but "don't do", when it comes to climate issues. 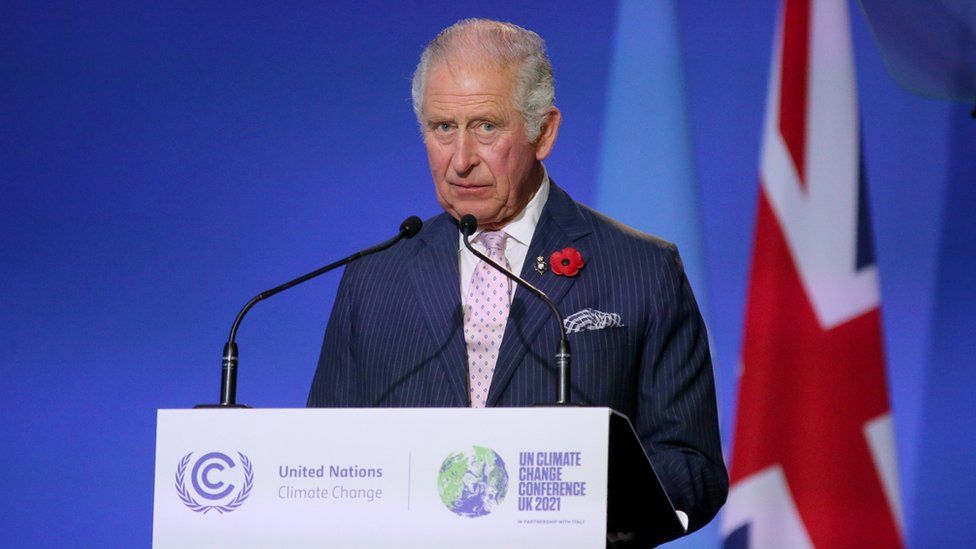 Addressing the opening of the conference earlier in the day, the Prince of Wales urged world leaders into action, saying he understood that many countries could not afford to "go green".

Instead, he said, there needs to be a "vast military-style campaign to marshal the strength of the global private sector", which had trillions of dollars at its disposal.

"The scale and scope of the threat we face call for a global, systems-level solution, based on radically transforming our current fossil fuel-based economy to one that is genuinely renewable and sustainable," he said.