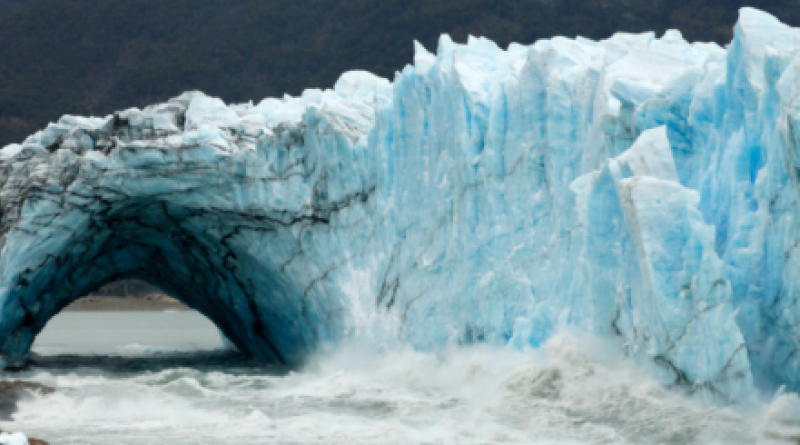 ‘Beyond 2050, sea level projections become increasingly sensitive to the emission choices we are making today’.

Lasting sea level rise has been set in motion and will be irreversible for hundreds to thousands of years, according to the bluntest and most comprehensive report to date on the climate crisis.

The first chapter of the Sixth Assessment Report (AR6) from the UN’s Intergovernmental Panel on Climate Change (IPCC), the world’s leading body for assessing climate science, was published on Monday. It builds upon the last version, AR5, from 2013.

The report, considered the most robust accounting of the climate crisis, is seen as a landmark moment ahead of the international climate summit, Cop26, being held in Glasgow this November. The assessment will play an important role in informing high-level discussions on how to cut global emissions.

In a summary of the findings, scientists noted that the climate crisis is widespread, rapid and intensifying – and no region on Earth will escape the changes that are taking place across whole climate systems.

It is also “unequivocal” that human influence, largely from the burning of fossil fuels, is heating the atmosphere, ocean and land, the report found.

However, the 234 scientists from 66 countries who authored the report stressed that humanity’s actions still have the ability to determine the course.

“We know that there’s no going back from some changes in the climate system,” Ko Barrett, IPCC vice chair and senior climate adviser at the US National Oceanic and Atmospheric Administration, told a press briefing. “However, some of these changes could be slowed and others could be stopped by limiting warming.”

The new report looks at five possible futures for the Earth’s climate over the coming decades, ranging from a scenario with very low GHG emissions to one with very high GHG emissions.

The report is clear that some consequences of the climate crisis are already locked in. It is “virtually certain” that global sea levels will continue to rise this century.

Sea levels will “remain elevated for thousands of years” as a result of ocean warming and melting ice sheets, the report warns.

“Regardless of how quickly we get our emissions down, we’re likely looking at about 15-30cm (six-12 inches) of global average sea level rise through the middle of the century,” said Dr Bob Kopp, a lead author of the chapter addressing ice sheets and sea level rise, and director of the Institute of Earth, Ocean, and Atmospheric Sciences at Rutgers University.

Extreme sea level events that previously occurred once in 100 years could happen every year by the end of this century.

However, Dr Kopp noted that it is still within our power to make a monumental difference to sea levels by reducing GHGs.

“Beyond 2050, sea level projections become increasingly sensitive to the emission choices we are making today,” he said.

Sea level rise is being driven by the melting of ice sheets in the Arctic and Antarctic and mountain glaciers which add water to the ocean. Secondly, water expands as it heats up. Scientists have determined that the ocean absorbs more than 90 per cent of the excess heat from GHGs.

Sea levels have risen increasingly rapidly since about 1970 and in the past 100 years, sea level has risen more than in any century over at least the last three millennia. Global average sea level has risen at a rate of about four millimeters (0.16inches) per year over the last decade.

With nearly half of the global population living within 60 miles of the coast, the rise in sea levels is already impacting people in many parts of the world.

The frequency of coastal flooding has near doubled since the 1960s, and it will remain an escalating hazard. Devastating flooding has struck this summer across continents from Western Europe to China, India and Nigeria.

Tina Stege, climate envoy for the Republic of the Marshall Islands, and a member of the High Ambition Coalition, the intergovernmental group aiming to protecting 30 per cent of land and at least 30 per cent of ocean by 2030, said the IPCC report “confirms that climate change is already affecting every inhabited region on our planet”.

The Marshall Islands sit barely six feet above sea level in the middle of the Pacific Ocean. A recent study estimated that the nation of around 55,000 people could be underwater as soon as 2080.

“The Marshall Islands is on the frontlines of this crisis in a very small canoe,” Ms Stege said. “We’ve been leading the way, doing everything we can with every resource that we have to show the way to safety – for all of us.

“But we will only weather the storm if the leaders of major economies take the difficult decisions required to peak emissions in the next nine years, and show solidarity with the most vulnerable by living up to their financial commitments.”

Humans have already caused the planet to warm by around 1.1C since the late 19th century, the report says.

Almost all countries agreed to keep global temperatures below 2C by 2100, with an aspiration of limiting warming to 1.5C under the historic 2015 Paris Agreement.

But if we continue down the path of current rates of emissions - heading for 3C-4C warming - sea level rise is projected to be 2ft (0.7m) through this century, consistent with how levels have been accelerating in the past few decades.

Within the bounds of the 2C enshrined in the Paris commitment, scientists project lower sea level rise of about 1.5ft (0.5m) by 2100.

Scientists have a less clear picture of what would happen if we don’t quickly drawdown on emissions.

Dr Kopp said: “The more we limit our emissions, the lower the chance we trigger instabilities in polar ice sheets that could substantially increase sea level rise.

“The more we push the climate system from the state it has been in for the last several thousand years, the greater the odds that we cross thresholds that we can only poorly project.

“Under the most extreme emission scenario we looked at, we could not rule out rapid ice sheet loss leading to sea level rise approaching 7ft (2m) by the end of the century, and 16ft (5m) by 2150.”

He added: “Fortunately we have good reason to think that we can head off these outcomes.”

Up to 410 million people at risk from sea level rises – study.